The lag has gotten out of control on the Synedrion maps, even the most basic map is now unplayable! I have the graphics set to “O” and the lowest settings I can get and it is still unplayable. It is like a flip book style of motion and if you pick a feature it will sometimes execute it immediately! You do not get the option to aim or chose a location to go to it just activates and goes in a random direction or throws the grenade at your men? It is utterly unplayable at present with these maps, I have brought this topic up for months and it never gets addressed, at one point it looked like it had been dealt with to some extent but now it is worse then it has ever been! Along with the incredible long load times the entire game is taking? The very first mission took so long to load I could go and make a cup of tea? It has never been this bad until now, it just keeps getting worse? But the Synedrion maps are a deal breaker for me, will not play it again until it is fixed. Lets hope the next update see’s some improvement! I can’t see why this is such a hard issue to fix it is obviously something to do with the graphics model on these maps…

Maybe it is time to upgrade your computer? I play on 5 years old (with 3 years old graphics card) config and I have no issues with any lag, stuttering, UI problems, controller problems etc, and I have settings on High details.

If I’m not mistaken such config now is worth less than $500 for all internal parts.

It is not the computer. Synedrion maps are broken. They are the only part of the game an RX 580 has problems with, even if you scale your graphics settings all the way down. It has nothing to do with the GPU.

I have plasyed many different Synedrion maps , 0 problems, my card is RTX 2070 Super

on the other hand camera erratic behavior is irritating, going back and forth on its own

I’ve played on some Synedrion maps since the new patch and had no lag issues.

Not at all, I have a 1050ti and also some problems only with synedrion maps. Not unplayable as @Spagetman43 describes, but for sure a difference to the rest of the game. For the rest I could play on high settings, but because of the synedrion maps I also have to tune down my settings.

I highly doubt it is a “computer thing”.

I highly doubt it is a “computer thing”.

Propably both, a “computer thing” but also by design. Synedrion maps have plenty of glass and AFAIK this needs more resources to render.

That’s a IBM compatible PC, as opposed to a Mac?

It appears to affect different hardware differently. Nevertheless it is a problem that is not for the user to solve.

I haven’t played any Synedrion maps on Danforth yet, but on Derleth I did notice a considerable slow down on those maps. Some more than others. Not unplayable, but definitely a significant slow down. And in my case, I’m running on 2017 Macbook Pro. I’ll submit a bug report once I’ll play on one of those worse cases, that way it would be easier to indetify potential worse offenders, in case they are not known.

Maybe, but on better hardware you can not tell whether it is at 30% or 70% utilization as long as you do not measure it. In both cases it can run stable and without stuttering, so that the player does not notice it, but the difference would still be there.

Nevertheless it is a problem that is not for the user to solve.

Well, a user could meet the higher requirements by buying a current graphics card.

On the other side, snapshot can probably do something with this synedrion heaven tileset to get better performance. But this could also mean that the visual quality of these maps goes down.

Last but not least, I don’t really know, we all can only guess and only the developers themselves can tell us more about it.

I do have a current graphic card way above recommendation. Again (I do not understand why I have to repeat that point) the game runs fluently on the highest settings, except on that map tile set even on lowest settings.

Solving that problem on the user end would mean buying one GPU after another until you randomly hit one that is not affected by the bug. Not feasible.

What can I say more than this:

Last but not least, I don’t really know, we all can only guess and only the developers themselves can tell us more about it.

hit one that is not affected by the bug.

IF it is a bug.
I only tried to explain that it is maybe not a bug but a performance problem with this specific tileset.

I can assure you it is a Mac! 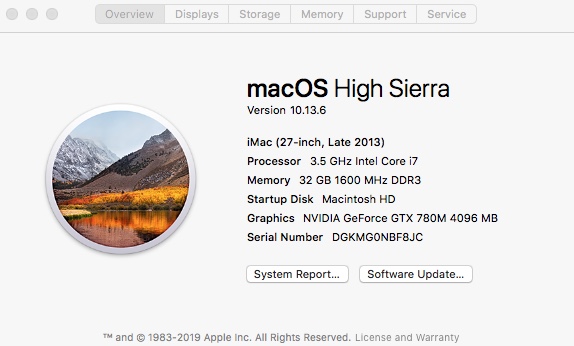 This probably means that you have a large screen, so it must look stunning!

I’m surprised that you have a problem, but as has already been mentioned, the transparent objects can require more processing resources. I’d check your in game graphics settings. They may need adjusting down a little. I’m no expert, but I will go through mine later to see if there’s something that might help.

Having said that, I recently turned down the general graphic settings because I was worried about how hot my pc laptop was running. I didn’t really notice much change in visuals. But I was initially surprised about the temperature because no other game had done this before and it’s a high end machine. Have a try and see what happens.

Update: So some of the additional visual effects like chromatic aberration, ambient occlusion, bloom effect etceteras may take up some additional processing power away from you CPU and/or GPU. These are in the check-boxes under Graphics in the options menu. But by choosing the different graphic level settings, these are turned on and off. But you certainly can experiment to see what helps best. I have mine set to medium, but that’s to be kind to my laptop with the heat especially in summertime with the warm air about. But in winter I was using the high setting.

Honestly for me it’s not so much about the appearance - more the gameplay. I hope you get some improved results.

Do you have a high resolution display? Like retina or something else?
As I read in the other thread you play in windows mode. This could be an issue in combination with high resolution, AFAIK the system cannot skale down the resolution for an app in a seperate windows. Higher resolution = much more graphic performance needed.
If this is the case, maybe you can try it in full screen mode with lower resolution like FullHD (1920x1080).
For instance, I play on FullHD and also have some minor performance problems on synedrion maps but it is defently not unplayable (nvidia 1050ti on a windows laptop and game in full screen mode).

I have everything set to ZERO and the the lowest graphics setting possible! And it makes no difference, the maps are faulty, they have to much going on they need to be toned down and I think it is the glass as the main offender. But either way it really needs work because for me it effects play so much I can no longer play, a simple maps can take over one hour to run… Pity as everything else works perfectly!

I can play in full screen mode… BUT it makes no difference to the Synedrion maps, I turn everything to ZERO and low (or off if it can be) and it makes not one bit of difference! There is something fundamentally wrong with them. About two updates ago they all worked ok and I could play it! Then since the last two updates it just got worse so something has changed? Now it is just unplayable…