So.. It's getting cold and I want to know if this game is ready

I have backed PP from the beginning but haven’t played for quiet a while due to normal life things like work and social life etc.

My point, virtually all reviews and several comments on this forum have mentioned bugs (they happen they get fixed, not a big deal IMO) and a crazy difficulty spike,this is my concern I like turn based strategy a lot, I think I’m pretty good at them when I learn the mechanics, I like the universe in PP a lot and I’m sure the game will be fun but… I have a few games I can lose myself in in the next couple of weeks and turn based games are demanding and require a lot of time and effort to get the most out of them. I don’t want to save scum. I am happy playing on normal. However I would prefer to wait for a while than put 50 hours into the game and then realise that the game’s balance is unfair and badly tested as seems to be the general consensus.

So… In your unmatched wisdom.

Is it that bad at present?

Does saving really break the difficulty or does the game just need more patches?

Why are Arsenal so terrible at the moment?

Any “gamebreaking” bugs? (a few crashes won’t kill
me)

How’s the performance? In EA it was vomit worthy.

Basically should I play now or wait for a while?

Thank you and happy festive period to everyone

Personally I would wait until January 2020.
They are going to release Blood&Titanium DLC and fix for all current problems.
Don’t get me wrong, game runs amazingly for 90% of the time.
Then suddenly starts to loose frames like it is fuking Nintendo Shit, I mean Switch.
Bugs for me are really small but when they happen they take you out of the whole experience.
For future updates I am expecting more story animations, more emotions, more interaction for example in a base, more dialague from your soldiers. I would like to hear them say nasty things to aliens when they kill them or comment how they look like … Cole Train Style.

My best friend asked me if he should get Phoenix Point, and I had to told him No. To wait until tge DLCs start coming out, and then ask me again.

As it stands, it feels and plays like a beta. Full of cool, great ideas, but in need of so much work. Bugs plague the game, and the world just seems lifeless.

I would like to have deverse maps, with different weather … Fallout 1 and 2 style.
New Weapon research, new Armor, plus optimization of overall game.
With Zotac 1080TI I can play any game today 2K+ resolution 90FPS and above and for some reason PP starts to stutter without reason.
Infinite Pandoran Turn bug is also really annoying.

Hey. Thanks for the response. Yeah. I just kicked it off, was running 50 times better than in EA. Do you remember where you got these framerate drops? Ie a certain biome? Or just random (the game has clearly been released far too early possibly?) Merry Christmas etc

I would wait. I was very happy when it came out but stopped playing after 3 or 4 days since it needs more updates. Looks promising, though

Does saving really break the difficulty or does the game just need more patches?

Almost sure it’s not the problem and my current testing seems confirm it.

There’s a difficulty scaling mainly based on number of combats done. The point is favor a lot explore, skip as many combats than possible, and use training facilities.

This should allow reach a team level 7 able to sustain difficulty scaling thanks to various OP builds.

Now I know the trick, I have yet to suffer the problem. And will certainly be quite ready to face stuff when it becomes big.

EDIT: This even setup the plan for the easiest path, the easier path is the faster path, so it’s rush only one faction to get its end and get game end a lot sooner. For sure you can’t totally rush it, there’s trick to find to speed up factions wars. If it’s possible, rush one faction, rush factions war, rush to end, easier path to beat the game.

I’m probably one of the biggest fans of the game on this forum - and I would advise you to wait.

I was planning to buy this for my best mate for Christmas, but it has so many balancing issues and the difficulty spike is so punishing that I don’t think he’d enjoy it at the moment.

It is going to be brilliant - once they’ve ironed out the wrinkles - but it’s nowhere near there yet.

That said: I’m playing it every spare hour I can possibly get, and frankly not doing other stuff I should be doing because I find it so addictive. I love the game as it is, crazy difficulty and all - but then that’s what I signed up for. I was one of the strongest voices for nerfing some of the more OP Squad Skills in the BBs because it made the game far too easy - and I still refuse to use some of the cheesing tricks players have posted on these forums (Sniper Rage Burst & 100% Stealth Infiltrators immediately come to mind).

So… no gamebreaking bugs that I’ve encountered, but only try it now if you like your games HARD.

After 10 hours I decided to wait a year for steam/gog release and see how the game holds up then. I don’t know how much work there is planned for the base game, but there is a lot of work that can be done, not to mention some new content I would like to see (like more stuff in the strategic layer).

It is BAD now, Badder after the most recent patch.

PP isn’t really demanding game at all. I am running it on Zotac GTX1080TI on 2K resolution/Ultra settings pretty much 100-130FPS.
Then suddenly game drops to horror or 30FPS for no reason.
It happens randomly every 10 minutes for 20 seconds, for example, when game zooms out for Chirons to shoot their lovely fireworm payload.
When Scylla goes trough objects and destroys everything, it is like someone showed scalpel in my retina.
It is definitely not my computer or NVIDIA drivers because I installed PP on my fathers AMD Ryzen7 computer with RX5700XT GPU and same thing happens. 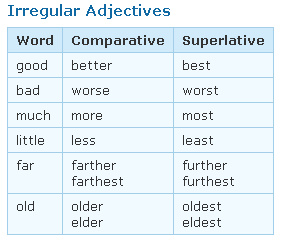 So the basic conclusion of this thread is that it’s a bit of a disaster at present. However fingers crossed they’ll get it fixed in the future but we don’t know when. Have the devs at least acknowledged the state of game at present?

Hi, thanks for the long thought out response. Could I ask you for your pc specs?

Thanks for the heads up

Hopefully it shouldn’t take a year to fix!? One would hope?

The one year is a wink to Steam, that would be a lot in my opinion=

For the disaster aspect there’s been already many arguing on that, it’s no way a disaster, it can become a disaster but I don’t see why it should. Ok there’s been some regressions with last patch, ok it’s more a bizarre Early Access release with most contents but lacking of polishing in multiple department. But still many players agree there’s already a lot of interesting elements, in fact a large amount of discontent is about difficulty, and many players find the game very fun until it’s like they hit a wall.

There’s hugely more material to experiment around equipment, character building, and party building. XCOM no way can compare on that aspect. The shoot system is very interesting to use, and even if JA2 (with mod?) did something similar, it’s still rather uncommon. Plenty combats can be very fun, I noticed only Lairs missions types that really generated many negative feedback. The general management is a lot more developed than in most similar games, without to reach a 4X level that in my opinion doesn’t match well with a game focused on combats.

For me main negative are only that there’s something fishy in difficulty management, and too many problems, bugs and some weak design in UI.

I play on an Inspiron 7700 Gaming Laptop with an Intel Core i7 2.81GHz and 16 Gig of RAM.
Can’t remember what the Nvidia Processor is off the top of my head.

It’s not a disaster - it’s just not what a lot of people expected. Remember the cries of pain in the early days of Firaxcom? A lot of players simply weren’t ready for a game that didn’t let them act like idiots and refused to hold their hand when they got themselves into trouble. That’s because XCOM was a watered-down version of a Gollop game.

This is a ramped-UP version of a Gollop game, that is obviously and specifically designed to address the common XCOM veteran’s complaint that the game gets easier as your squad gains superpowers. Cheesing aside (Sniper Rage Burst anyone?), this game doesn’t get easier - it gets so phenomenally hard that simply surviving a standard Haven Defence with less than 30% casualties is a reason for celebration. Some of us love it that way, others hate it.

Yes, it has balancing issues, but my experience of feeding back on the Backer Builds is that the most egregious of those issues will eventually get fixed. Snapshot isn’t Firaxis - it doesn’t have a vast bank of resources it can throw at a problem, so things get solved incrementally over time.

While I often disagree with Zzzz on these forums, I think a lot of what he says in the post above this is valid.

If you want a smooth, clean playthrough that is punishingly difficult but bug-free and balanced, wait a year. If you can cope with bugs and OP combos, give it a try now and then feedback to the devs on these forums about what to improve. That’s my two-penn’orth.

Well, to me its not just the bugs but the mid to late game is just super boring… there’s nothing to do except to wait for one research after another to be given to you leading to the end gaem all the while just sitting in your base taking on repetitive waves of base defense mission.