Hi, so I just wanted to know if anyone else has had this issue with not having received their key for the backer build? Also, I’ve had deluxe ed. since 20th.

We are still 8 hours away from the backer build release. You can see a countdown in https://phoenixpoint.info/

Hi,
would someone please post here when email received? Just that I know if “only” I have a problem, or is it a “global” problem/e-mail not sent yet.
Thanks!

It is now 8 minutes past and no e-mail yet, not in Junk e-mail folder either. I know, I am not good at waiting:-P

Hi!
I miss the key too. I’ll wait 1 hour and than I’ll open a ticket

Same here, no email yet, you have to be patient

It is around midnight where their studio is. I’m personally thinking it might not get sent out until the morning. But I’ll be staying up a bit to see.

No e-mail here yet. Give them time, as I’m assuming they have a lot to prepare and many many many e-mails to send! (hopefully!) I’ll give them some hours before contacting them

I was under the impression that the studio is based in Bulgaria (so 10 am for them, 12am for pst). Besides, Xsolla is distributing the links so it would be them you should be basing the time estimate on. Am I wrong?

In Twitter they have said “Please look to your inboxes!” and the count-down is past due, so I think they have sent them out… 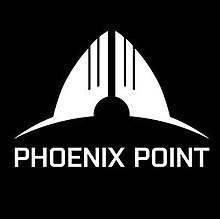 Phoenix Point is an upcoming turn-based tactics strategy video game that is being developed by Snapshot Games for release in June 2019. Phoenix Point is intended to be a spiritual successor to the X-COM series, created by studio head Julian Gollop. The game is the second project of Snapshot Games, following their release in 2015 of Chaos Reborn. Phoenix Point is set in 2047 on an Earth in the midst of an alien invasion, with Lovecraft-inspired horrors on the verge of wiping out all of humanity...

Keys are rather sent automatically, I doubt anyone is needed to be there

yeah that was my thought too.

That would make a lot of sense to me

No email, no key!

It would be rather interesting to see whether someone has at all.

They also say in tweet that “We’re currently experiencing some technical issues with the Linux and Mac builds, but are working to have them with you as soon as possible. We apologise for this slight delay.”
I hope that does not mean that the PC-version is not getting the emails either…

PC version here… no emails… its an excuse

one of those quandaries where if they received the key, they wouldn’t come here. I have yet to receive it either btw.