im going to try and compile a list of aliens that we have hints of and comfirmation within the lore and other news.(also ive collected some of this info from recon raider videos go watch them he has some good theories) some theories but if I miss anything (I probably will) plz comment:

crabmen: we’ve seen them from the beginning, apparently the grunts and one of the most common of the alien forces.
mutations that we know so far and have been hinted at:( pincer(melee attack) ,grenade launcher(ranged attack), gun(attack), shield(self caring cover), acid spitter head(attack), harden carapace(armor), spike legges(I think it affects their mobility). 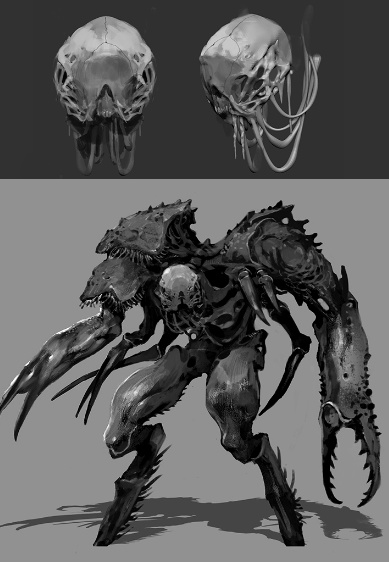 crabqueen: they are still working on the name, and intending to be a boss like creature.
they can spawn larva, and generate mist.
mutations: goo cannon( an attack to trap soldiers.), pincers(attack), heavy armor,(adds armor duh) 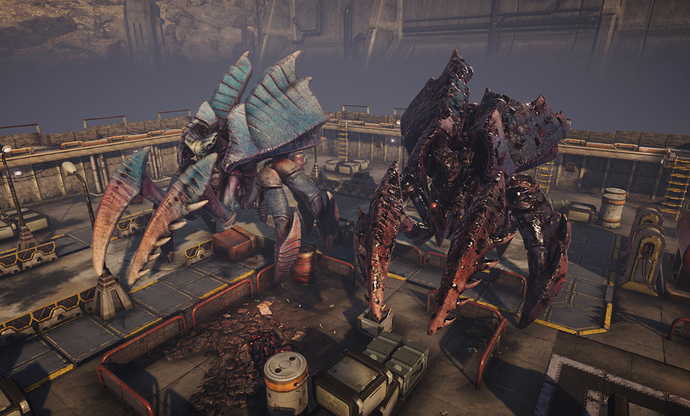 larva: very little known about these, theory is if they can infest a soldier and turn them into an enemy or will grow into a enemy after so many turns. they could just be little bugs to annoy your soldiers. 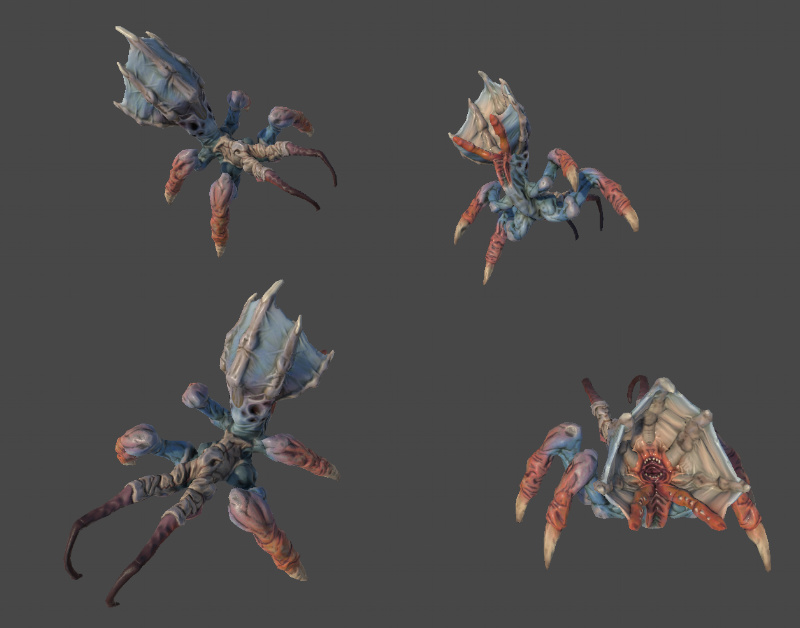 sirens: in the most recent news update we got a picture of these, they have offensive capabilities as well as support abilities: we hear within the lore in briefing 4 about a survivor who joins anu watching a group getting immobilized by a sream I would assume that was a siren. 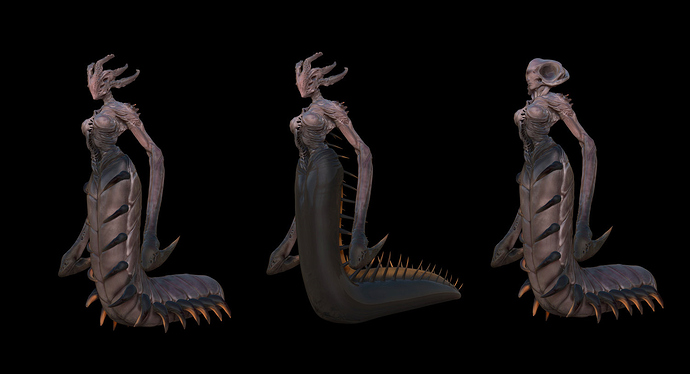 mutogs: Julian confirmed of a anu unit call a mutog handler who can control alien dogs. don’t know if the mutogs can show up as alien units as well. 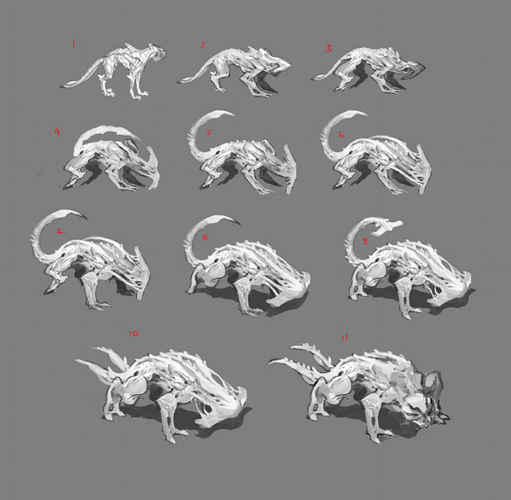 hammerhead squid mutation: only showed up as concept art for fig. 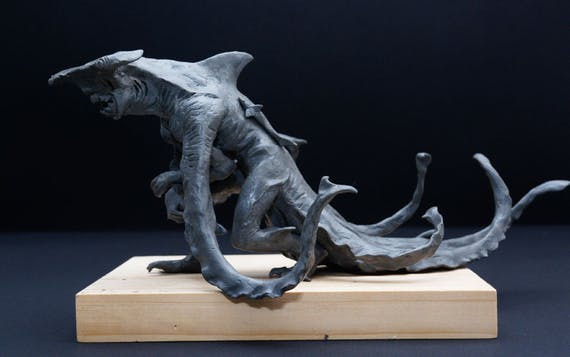 medusa: show up in the fig campain with an actually name. could also had been the alien that immobilizes that group within the lore. 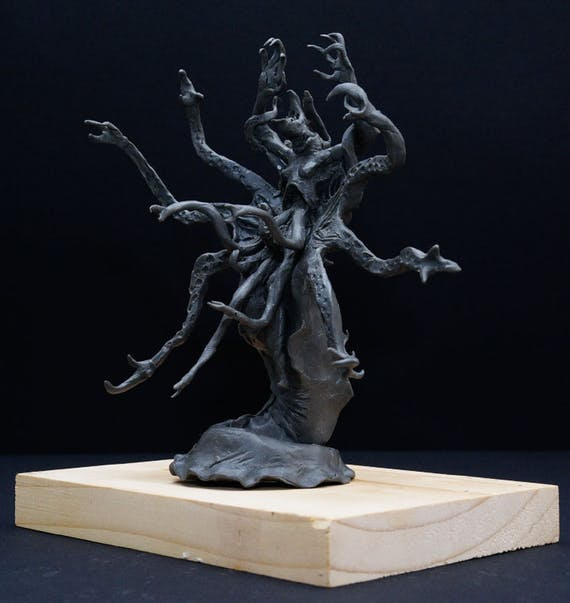 mermaid: if this is a mermaid Disney got it wrong big time. another model shown during fig. 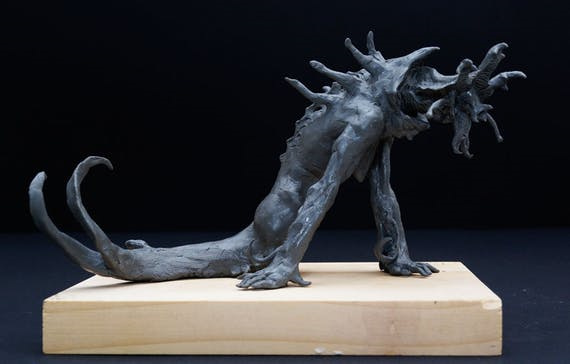 alien sniper: no official name with this one but another alien concept art within the fig, said to have advanced perception and night vision, fairly certain that its an alien that will try to snipe soldier as it is refereed to as sniper. 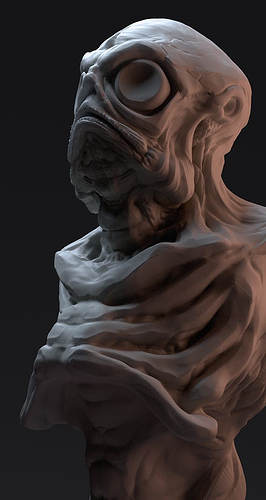 snake/arthropod mutation:yes yes plz I want this, another alien concept art from fig. 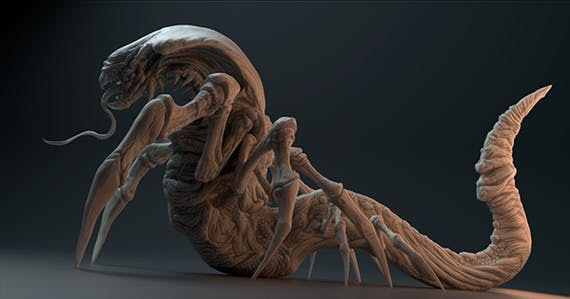 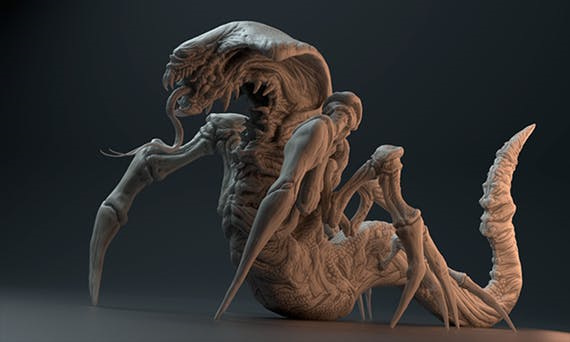 alien plants: in several stories such as claimed idol and the danger of knowing I think it referees to these alien vines that grow move. they can become very violent and have dragged humans away, possibly an extension from a larger creature, or an individual plant that has been mutated.

this structure might be the focol point for the alien vines. 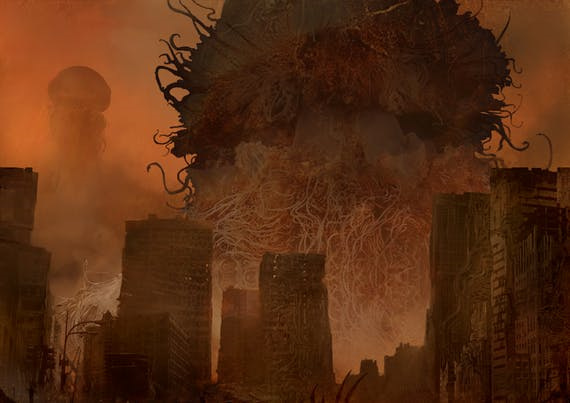 behemoths: these are to be gigantic beast that can level a haven or base, supposedly you will need to battle on their back and drill poison pods into them to kill them. only one version of this has been seen. 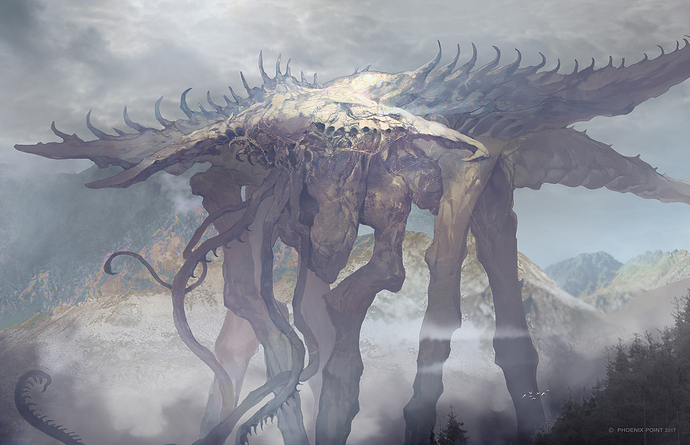 floating creature: shown as concept art and ingame rendering during a developing update little is known about it. 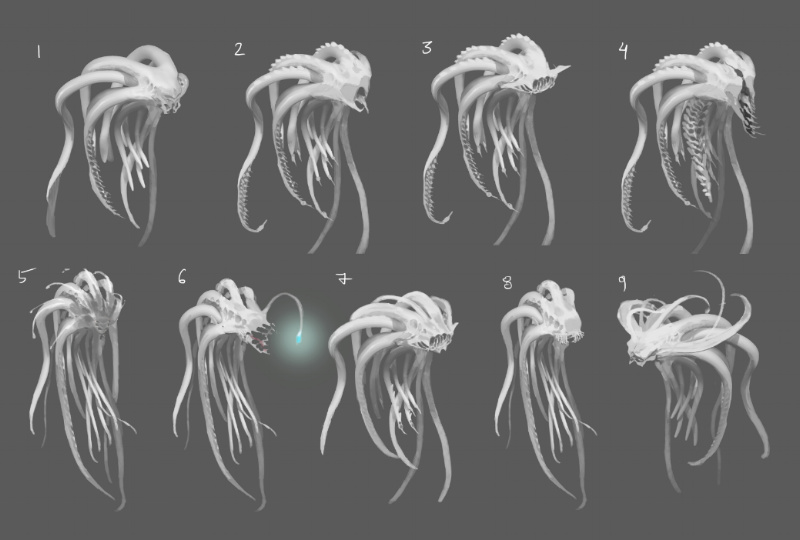 chiron: an artillery alien, not sure what it will be firing, it looks like eggs, or acid, 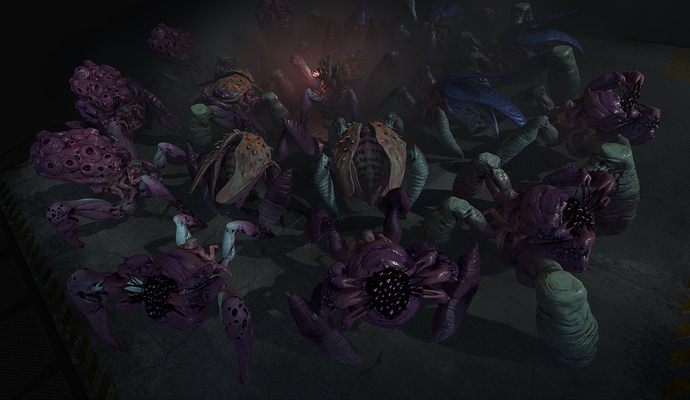 juggernaut: probably going to be the heavy hitter of the alien forces, but they did say he would have some interesting abilities. 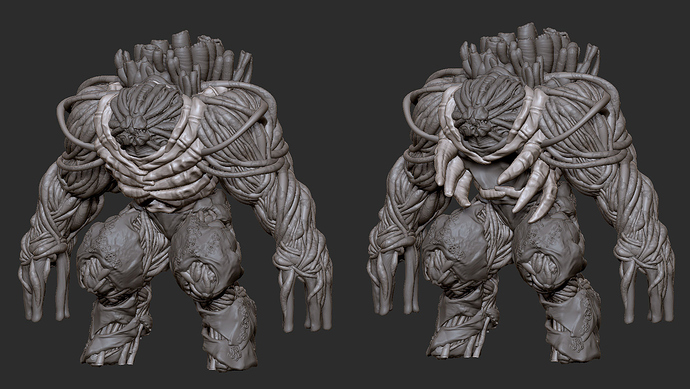 edit:
i learned of two other aliens
hand bomb: assuming to be a tiny suicide bomber that latches on to your soilders. mostly assumptions though

swarm: a swarm of tiny insects were mentioned in an interview with the comment that flam throwers would be more affective against them. 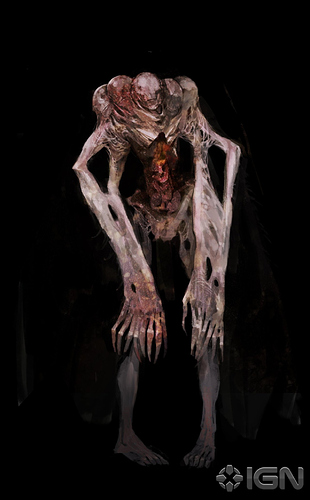 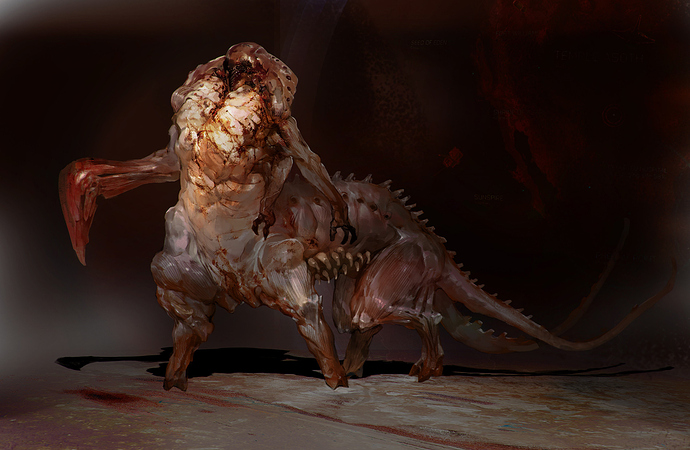 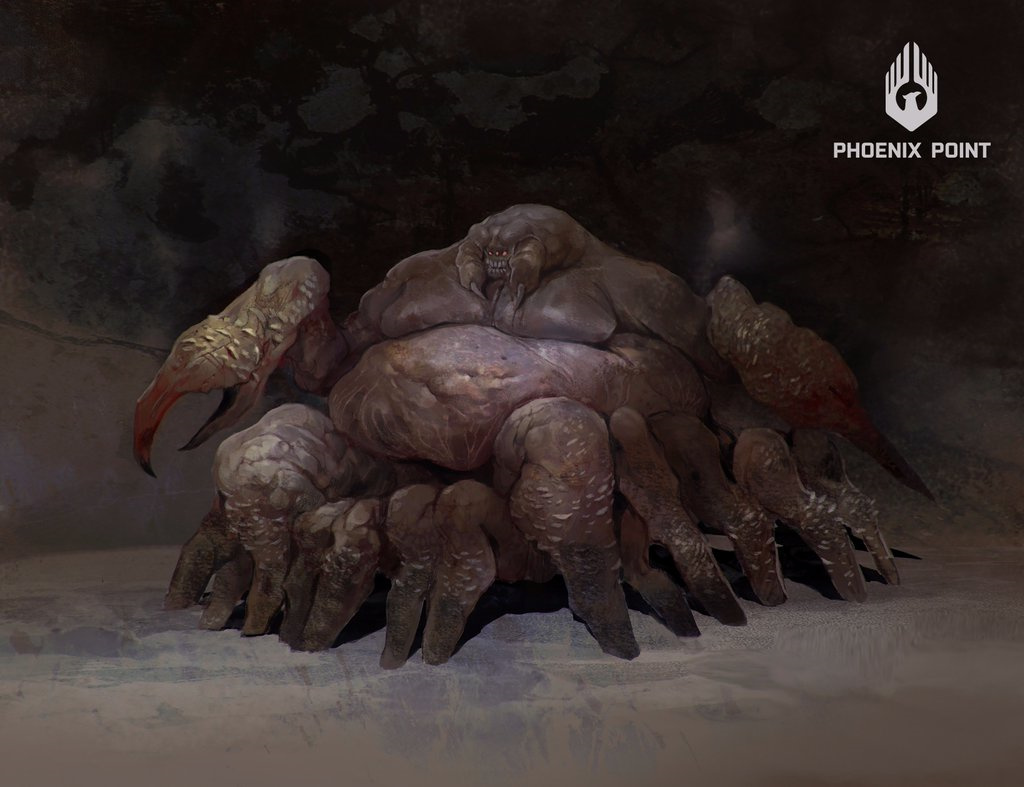 Nice, thanks! But where did you get most of these? I am subscribed to their newsletter and never seen those screenshots of the sirens, for example… is there some topic where they post the development updates?

Most were released during the fig campain as updates, if you go to the phionix point if page you’ll find them along with some other pics like an anu zeplin

Thank you for brief summary of creatures. We have felt first two, we ll see how the rest will fight

A mix of various “Alien sources” and a lot of Lovercraftian / Alien series Gigers influence!

Wow, this is some great list! I’m curious about that mutog handler, seems some kind of beast master, but what, is able to control alien units? Isn’t that against the lore, controlling any alien?

not really as within the lore the disciples of anu can mutate but stay disconnected from the alien intelligence. so they might mutate dogs and have the dog keeps its memory.

not really as within the lore the disciples of anu can mutate but stay disconnected from the alien intelligence. so they might mutate dogs and have the dog keeps its memory.

Ah, but that does make sense! Thanks

You know, looking at the Juggernaut… To me, it almost looks a little like a walking wood-chipper. Maybe that’s what those pipes are for? It scoops up a soldier, or a fellow beastie, and it “mulches” it into new mist, and/or some nasty area-effect nastinesses.

I’m kind of in favor of this, more for the visuals than the tactical sense, although I think that both would be reasonably solid…

They also resemble tube-worm shells, though, and It’s hands kind of look like something might be going on with them, as well. Could be some kind of tentacular/tube-ey effect going on there? Maybe it’s a grabber, and it also lays down some kind of movement-impairment stuffs, to make rescuing grabbed soldiers more erksome.

Here is a full textured render of the Mutog: 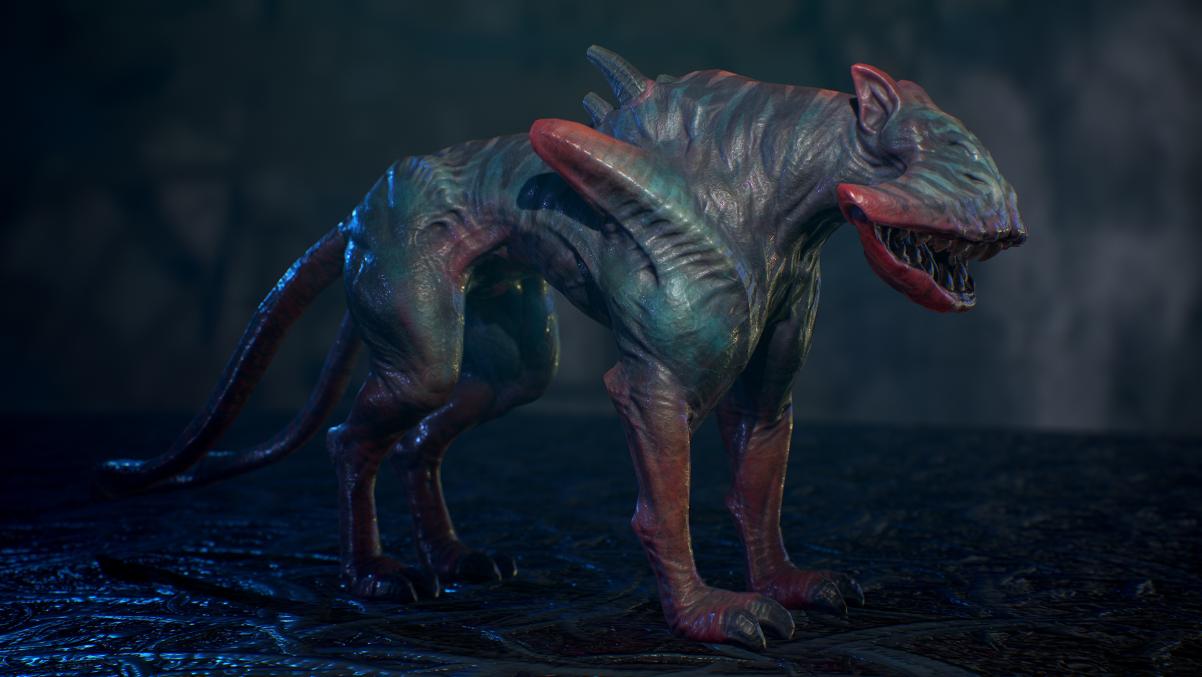 And here is a render of the Pianist. It was mentioned he is planned to have more mental abilities. 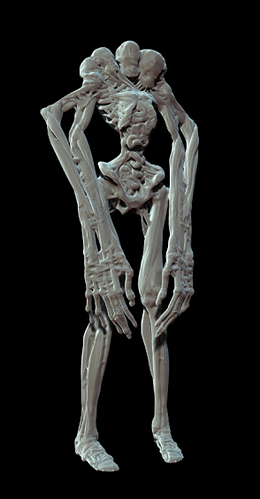 @BBShockwave You probably missed it. The Sirens were in one of their development updates. This one to be precise: https://phoenixpoint.info/blog/2018/6/18/good-guys-and-bad-guys.

Some are shown through other mediums, though, like Trello or Discord.

Mutated dogs were the original scare of Resident Evil 1. Too bad they were not as exploited as zombies.

Would love them to run for the kill with decent AP and ignore fire until dead.

I wonder If we will see some “vehicles” for mutants. NJ has Armadillo, PP will also have vehicle (Scarab?), so maybe PV will also have some giant “Troyan Horse” which will drop (not spawn infinitely like Larva from Queen) from 3 to 6 crabmen or similar lesser warriors?

Maybe the untamed mounts SoA has.

Maybe there can be some kind of mutant seahorse, carrying its infants inside itself and then releasing them upon the player’s units.

The Behemoth are a kind of vehicle. Although on a much different scale.

The Behemoth are a kind of vehicle. Although on a much different scale.

Yup, what is with that alien base boss that does not boss around?

Drilling into the behemoths back to stop it attacking your base sounds like a very cool mission.

And now we can bring new xcom satellites back in a fashion… Have a Behemoth problem? Try out the new Low Orbit Ion Cannon today! Fire ze lazors!