Oh, I think the balance has improved immensely by comparison to where it was a year (or even 3 months) ago; but it’s still not there yet. The game has a lot of moving parts, and they often seem to compete against each other - by which I mean there is a tension between fast-paced FTS-style combat with OP superpowers and some players’ expectations of a more tactical, strategic-style of game.

As for JG’s vision, I think the fact that every major update except the last one has been named after a Cthulu place or character - and the nature of the Big Baddie at the end - speaks volumes to me. And anyone who played X-Com: Apocalypse or TFTD back in the day can see where the inspiration for a lot of the mechanics comes from.

Ah right, forgot about the extensions, I still haven’t played them. This being said, I still think it’s a bit thin to talk about PP as a “X-Com meets Ctulhu” game, if that’s what was implied.

But good to know the game is going somewhere. I hope the devs will manage to find that tricky balance - for what it’s worth, I hope they will lean to the more tactical side of it.

But Polaris is part of Lovecraft…

"Polaris" is a fantasy short story by American author H. P. Lovecraft, written in 1918 and first published in the December 1920 issue of the amateur journal The Philosopher. It is the story that introduces Lovecraft's fictional Pnakotic Manuscripts, the first of his arcane tomes. In the story, an unnamed narrator describes his nightly obsession with the Pole star, and his recurring dreams of a city under siege. The narrator struggles with determining whether his reality is real, or if his dream...

Not saying it’s ‘X-Com meets Cthulu’; but it becomes very clear in the endgame that it is providing a science-fictional explanation for the origin of the Cthulu mythos.

As for balance, I think many of us would like the balance to shift away from superheroes to a more tactical kind of game. But for obvious commercial reasons, the Powers That Be clearly feel that they have to play to the crowd that made WotC such a smash hit. That creates a clear tension within the game that has yet to be resolved, though every major iteration inches a tiny step closer towards a decent tactical challenge.

I don’t think it will ever get where some of us would like it to be, and I think super-powers are here to stay. But I do think it is heading in a direction where a Lumpkin or similar modder could pick it up and turn it into the game that so many of us are yearning for.

Ah, I didn’t know that. Thanks MC

Ah ok, well I think I’m missing some context then. I did not finish the game, gave up at the end of the last mission, and I did not play the DLCs yet, so that’s probably why. Now I have another reason to get back to the game then

Apologies for the misunderstanding.

But for obvious commercial reasons, the Powers That Be clearly feel that they have to play to the crowd that made WotC such a smash hit.

For me, WotC was also a significant improvement over the vanilla version. But the reason in my case was absolutely NOT the stronger supersolidiers. The game was better polished, the story “expanded” very well, the boss fights “integrated” excellently, new enemy types, mission types, factions, geomechanics, soldier classes, combat mechanics (extended stealth, zombies killing) and I probably have many more Forget things …

Back to PP: The basic combat mechanics (movement, combat EXP, even cover) make PP better. Free aim and body parts are even trend-setting and excellent.
But the supersoldiers are on the one hand even more powerful in PP (yes, still) (combo of equipment + skills) and on the other hand these overpowering combos just feel wrong in PP. And I’m not talking about the basic decision to have “magic” skills, but about the skills / combos that break everything and everyone apart without “effort”. It is still “felt” quite a lot of players who apply self restrictions in order to be able to enjoy a “fair” challenge (myself included).

Here’s a little thing: Saw that review on PP Facebook. 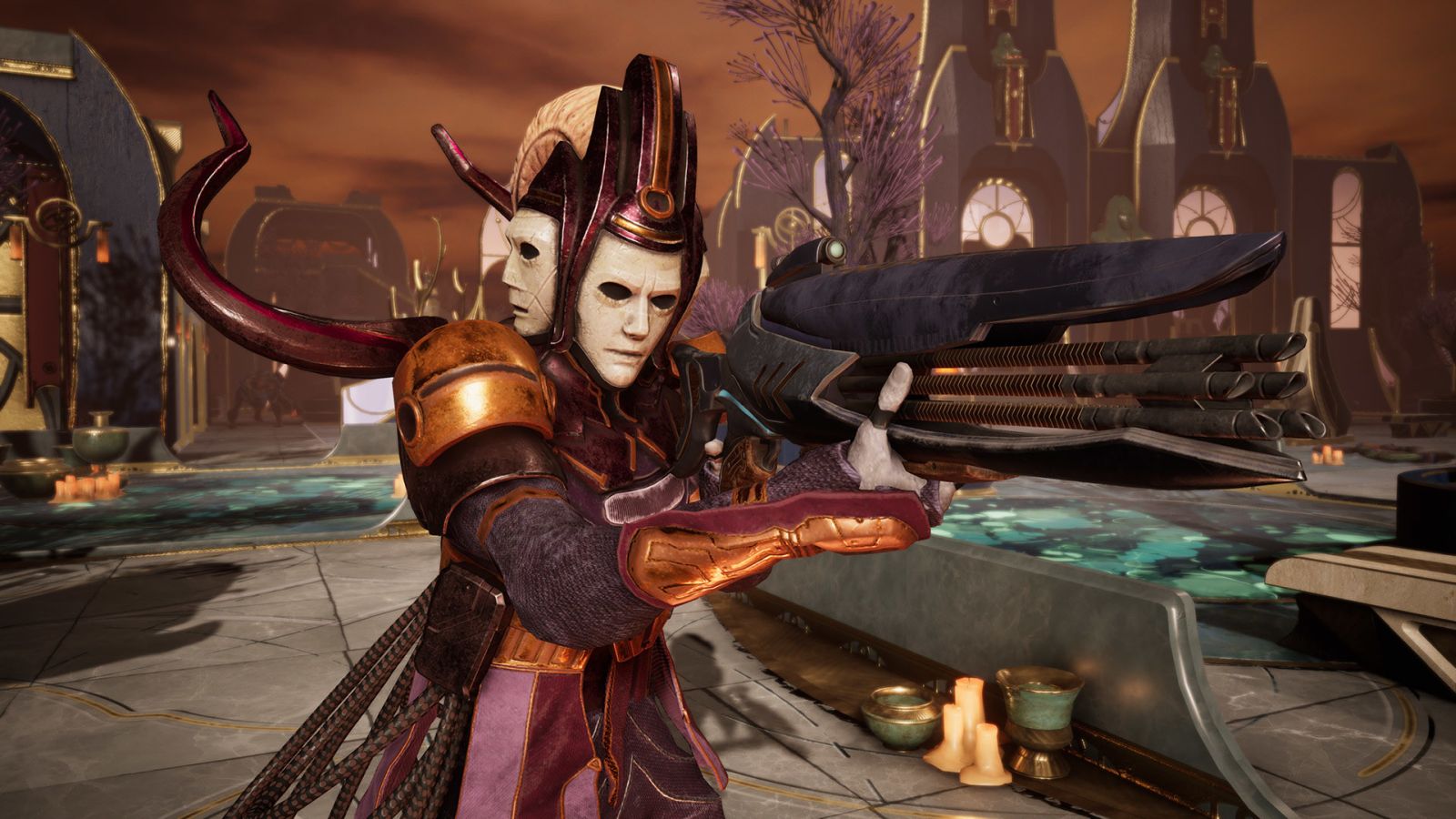 Welcome back to the war -- Phoenix Point Year One Edition review

It’s hard to believe that it’s been a year since Phoenix Point came out on the Epic Store. Fast forward to today and developers Snapshot Games Inc. have released three installments of DLC, a metric ton of updates, graphical updates, new equipment,...

But Polaris is part of Lovecraft…

and many patch names are Lovercraftian, too

Design of Padorans certainly is.

As if after reading your exchange here, JG decided to explain himself:

You have probably heard of him, as he’s the mastermind behind the original X-COM/UFO Defense and many other classic tactical games, but Rob and Ben sat down with Julian Gollop, the studio lea…

Very interesting imo (a couple cringing moments notwithstanding). I didn’t know JG had nothing to do with TFTD, for example.

Also, Behemoth is officially confirmed to be coming in Festering Skies

Just saw this interview on the steam boards, I’m hearing it right now

edit: to anyone that wants to skip the “past games” mandatory part that everyone already knows, PP begins at 17mins.

I tend to agree with you. I hope we are wrong. I have a backer build I enjoy more than the finished game. i hope through the dlc"the Vision" will be introduced or put a top on this game.

Imo, the “Legend” difficulty cannot be realized until the final DLC is released and Modding is unlocked. A good “Hard Level” is a super difficult task, even for “AAA games” (XCOM2, Gears Tactics).
- And so: Rookie, Veteran and Hero.
The problem is that SG is not following the path of the golden balance for the Veteran. They work to trim the peaks and valleys across the entire scale.

Although IMHO, the two most important tracks are:

At the moment, in this scenario only the Beginners track has been opened, the Tutorial has been implemented, which has increased its efficiency to 60% since the release of the EGS. Then you will need to build a clear logic of a Fun (not boring) game to at least 2/3 of the game, for all endings!
After that, it will be possible to build the Hero, excluding all cases of “Loss of immersion”. Veteran as “Heavy Rookie”, (if resource is enough) Legend as “Heavy Hero”.

(no formalities, but specifically about the PP):

If there are those who want to add or arrange a Brainstorming session, I opened a new topic. Two most important tracks for PP

And if the Minuses are corrected, then the game will reach a maximum of 100? And there will be no point in eliminating other errors and forgetting about improving the game.

More than 1/3 of the players are dissatisfied, this rating is less than 70%.

More than 1/3 of the players are dissatisfied, this rating is less than 70%.

Higher percentage of dissatisfied will leave a complaint than satisfied praising it, happens with everything. Raw review numbers might indicate if the overall rating can be trusted, but with the brigading happening nowadays, even that is no longer the case… Unless you count the “it was released on epic store too” as a valid complaint against the gameplay.

Higher percentage of dissatisfied will leave a complaint than satisfied praising it, happens with everything.

Before posting the picture, I checked other games, there are statistics = logic.

Avoiding, IMHO useless remarks. I suggest either to agree with 85% higher,

Before posting the picture, I checked other games, there are statistics = logic.

That would not join, IMHO useless remarks. I suggest either to agree with 85% higher, or to give counter-arguments

What would not join?
I should agree with 85% higher of what?

Sorry, not a native speaker, I don’t understand what you are trying to say to me.

And if the Minuses are corrected, then the game will reach a maximum of 100? And there will be no point in eliminating other errors and forgetting about improving the game.

Well, not exactly 100, but over 90. The most important thing for me personally would be to get a version where I can enjoy the game “completely” without sacrificing content due to self restrictions. So yes, that would be close to the perfect TBS for me.

And by that I just mean the basic game. The DLC’s and especially LotA DLC is more than a disappointment for me. If the basic game were e.g. like LotA, I wouldn’t even register in the forum and uninstall the game and just forget it.

Do you like 85? The main thing is that it really was so.

What the devs do with all the criticism and feedback?
Legacy of the Ancients weapons are too OP
walan January 3, 2021, 5:34pm #68

There is a lot of unbalanced stuff, of course not just skills. E.g. if you get New Jericho “so-called” end-game tech (I can easily get it in mid-game) you can safely ignore the best mechanics of the game, namely “free aim”. Mounted bombs that cost 1 AP and can be shot across the field without a LOS. Eh wait for 0 AP and free reload with “boom blast”! Oh there is something else, mount laser with infinite accuracy (Destiny III?), OP turrets, terminators, I get a headache.
So these are just a “few” examples. All of this takes away any chance of having a challenge, because I know that I can break anything and anyone from the initial position. It also doesn’t feel “organic” for “this” game. If PP were a fantasy super battles game with gods, then it would.

But: PP has something that others (currently) don’t have:

And I have to credit Snapshot for that too, you can’t only see the negative, you know

credit Snapshot for that too, you can’t only see the negative, you know

It was like this (I love the game even now) until BB5, then I gave the chance to “push to release”. After DLC1 came the knowledge that “Level SG = BB5” and DLC2 once again confirmed this. Then I gave time and put “All in” Steam. The result remained in the same place.
In fact, all this was expected. It’s a shame that the only way to correct the situation, namely Modding, is Specifically and Consciously Blocked. Inaction(Devs & CC) or Imitation(Devs &Canny) is disgusting. Hatred as a consequence of the lack of Honest and Full Explanations from Devs (Are you still waiting for (All) changes with DLC3?).