I hope you had enough Pandoran for today! I started a champaign with Version Orryx 1.10.1 EGS (main screen) and noticed I can equip (heavy) mounted weapons on Guardian XA Body Armor (rescued heavy soldiers’s chest armor). This is more than a visual bug because in combat the mounted weapon fires FROM the ground where it is located. The bug can be duplicated on any soldier I equip the armorpiece, oh and it is the same with the Fury-2 Missile Launcher. Both are fixed in that position in the ground. 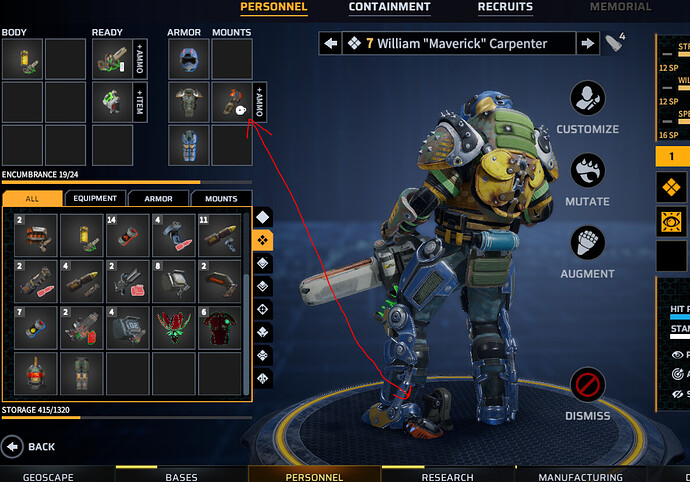 What more I think that instead of correcting this and doing new animations and other stuff so that above combination of armor and weapon will work, they will simply disable mounting weapons on that armor.