It would be great to have more information about unit here: 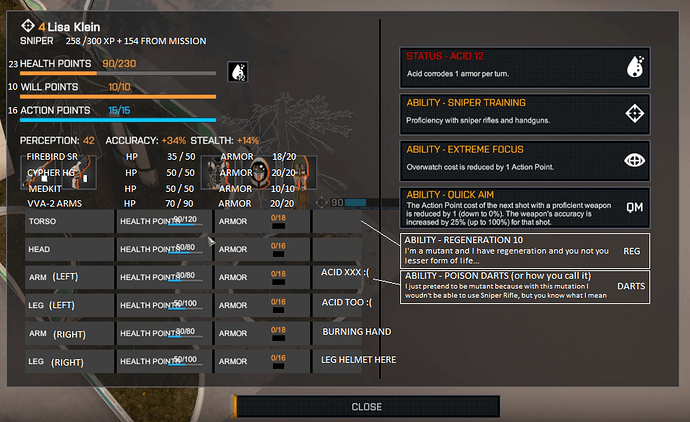 Thank you Yokes. This screen is very much a work-in-progress and I will make sure the UI team get your feedback. There is already a new design for this screen which has a schematic diagram of the character, rather than just a list.

So my last point from second post is already done. Great!

Btw wouldn’t that be great if all abilities were connected with body parts? Like in example above Extreme Focus with head, Quick Aim with hands, Dash with legs, etc. And disabling those body parts would disable all these abilities from enemy and our soldiers.

As far as I can tell, it’s the second time @JulianG congratulates you for your help, @Yokes. Nice, mate!