While stealing research from Synedrion I was unable to download reaserch from 2 out of 3 research stations. There was no button to download data even though I was standing on the highlited tile. I tried moving different soldier in or reloading save but it didn’t do anything.
EDIT:
Issue (kinda) resolved thanks to Faptor, workaround is to destroy objects behind research desks 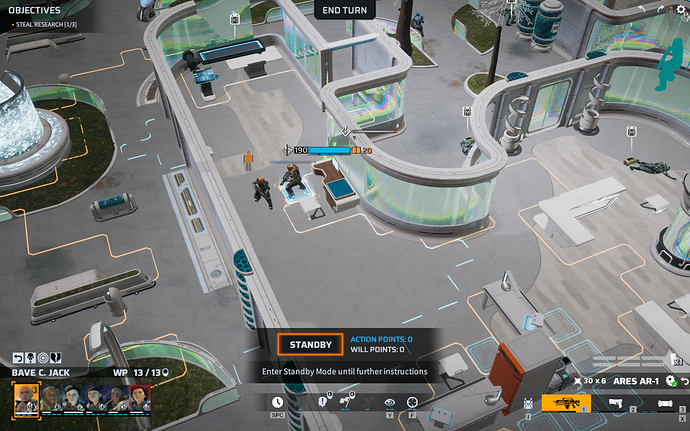 might be a bug. Might be that the enemy destroyed the terminal.
You need 3 and there should be more. Usually atleast 4 or 5 terminals.

I bumbled online for a few hours looking for a work around and sorta stumbled on it when, out of frustration, I grenaded the area.

Edit: By “Shoot The Glass” I mean totally destroy those two weird looking glass panels directly behind the desks. Sometimes I also had to destroy the bottom window frames also but you will need a big cannon. Make sure not to hit the research desk too hard or it will auto fail the mission.

Thank you very much

I had to destroy most of the glass around and window frames but it worked well. Love ya mate

waw, what a strange workaround, thanks for sharing it, i’ll probably never discover it personaly and ended up giving up in two occasion cause of this xD

Man, I was so frustrated. I spent so much time running my guys around, getting guys to abandon mission, killing my own guys, I figured maybe my scarab was bugging the mission because only 1 person could take research at a time or something so I tried killing it/making it leave until I finally went on a building reking rampage hahaha

But srsly man, never heard of a more hilarious work around! Ha!! Kudos