I think it’d be cool if soldiers could toss each other magazines. For example let’s say an assault reaches the chest he gets two assault rifle magazines and one for a sniper rifle, but our sniper is too far back to safely reach the chest so our assault gets all three magazines gets a bit closer and tosses the sniper magazine to the sniper.

Yes, it would be nice. All things of handheld equipment wheel should be throwable. Original game had this feature as long as you held thing to throw in your hand.

Ahh, the memories of tossing a next-turn-primed grenade to one another, then it missing and landing next to a guy who has no time units left…

Never did it, sounds awesome 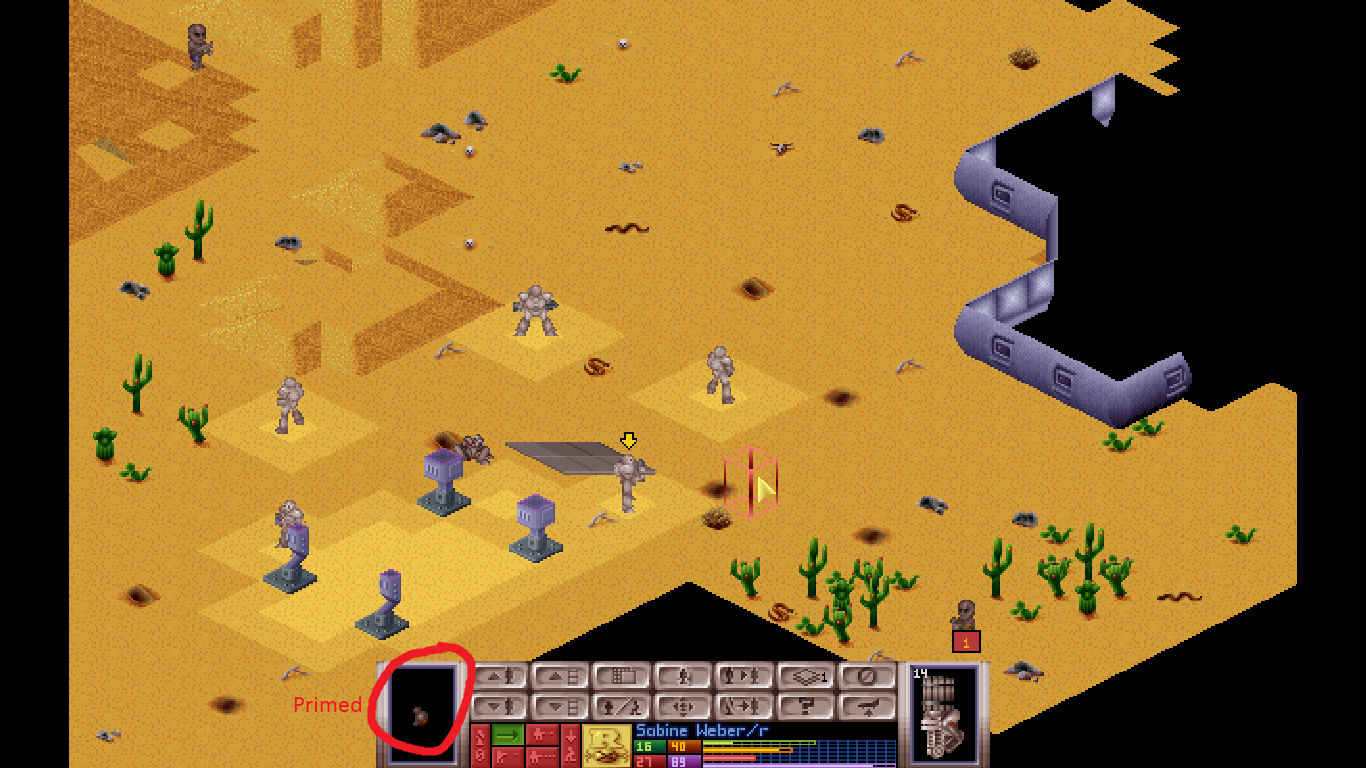 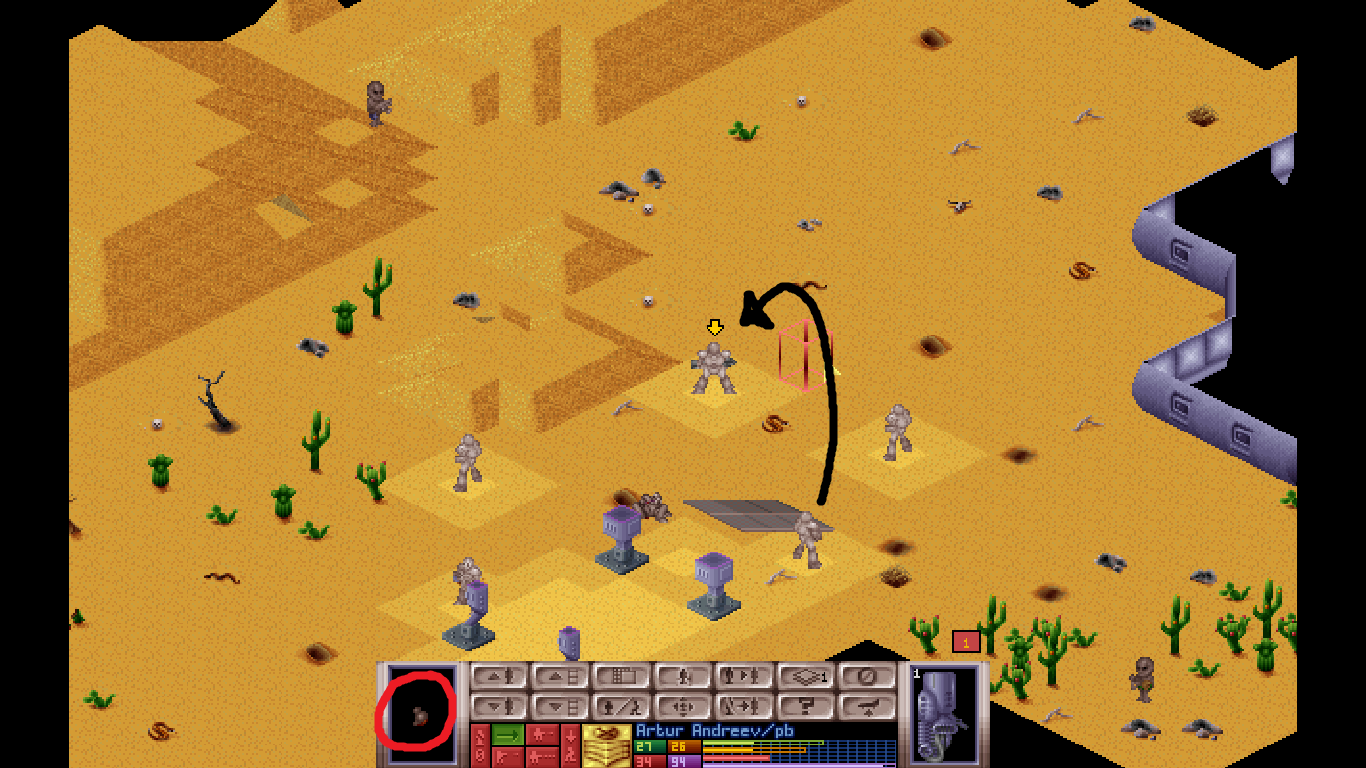 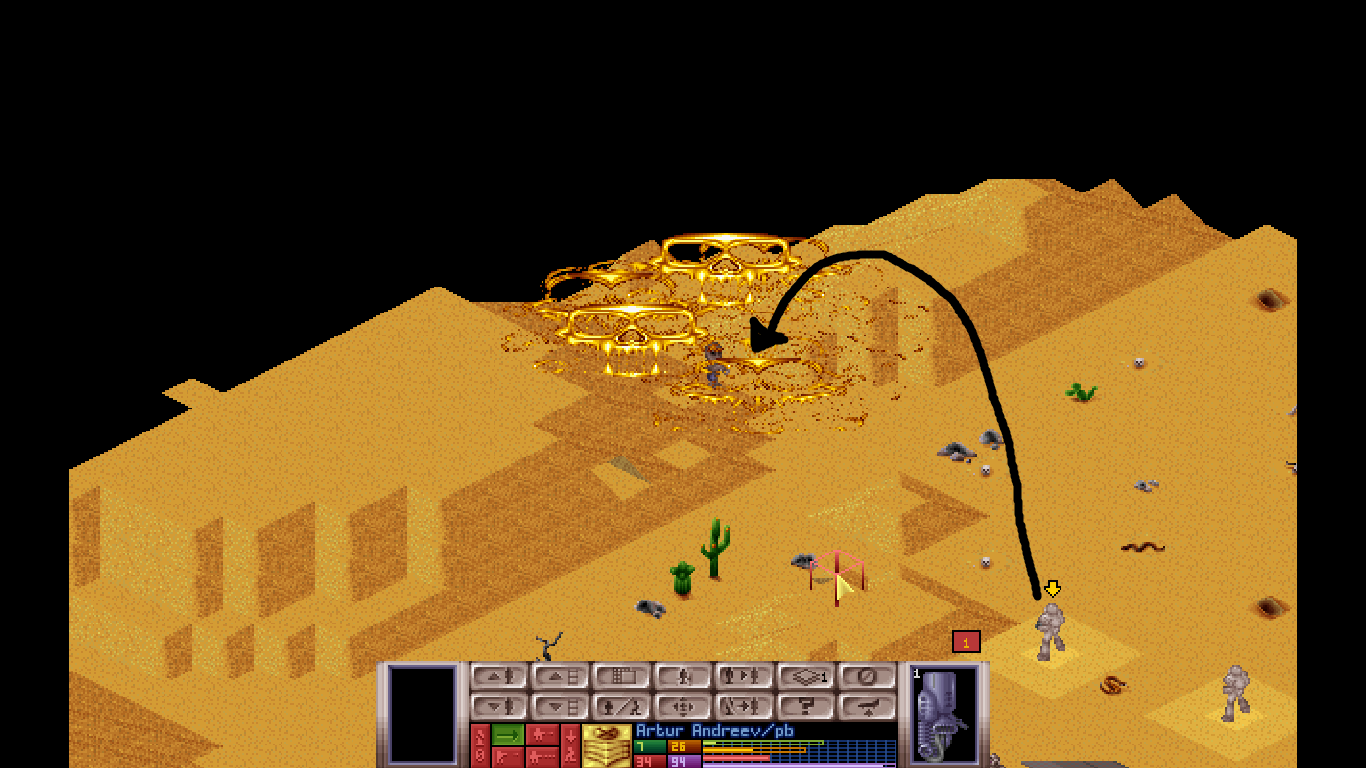 Fun times
I just took those screenshots as demonstration, for some reason
(edit: Added annotations)

I like it. Always planned to do it in Jagged Alliance 2, but there wasn’t much reason to carry ammo for other peoples’ weapons.

I have tossed stuff between mercs in JA2. Problem was that if the guy failed to catch it he got a couple hp of damage…like:
“Bro! Take this!”
“Wait what…?” stund!

See the pics above, this was an available feature in X-COM.

Include the option for aliens to shoot at and destroy anything being tossed?

AFAIR JA2 had receiving merc actually catching the thrown item (with a chance to drop it), I think that is a useful mechanic to have. I think this should work even with bigger items & weapons, with a limited range of course.

UFO and Laser Squad also had similar features. In UFO your character had to pick something off the ground once thrown to you, but there was a chance of missing based on a throwing accuracy stat. You could throw anything as far as I can remember, and the range was based on a soldier’s strength. Laser Squad I think has a catching system, and you could also do questionable things such as hiding grenades in plant pots (only moderately related to throwing).

Throwing items in general like in OG XCOM would be pretty cool.

I’ve not actually played the old x-coms so its cool to know thats a feature. Thanks for letting me know.

AFAIR JA2 had receiving merc actually catching the thrown item (with a chance to drop it), I think that is a useful mechanic to have. I think this should work even with bigger items & weapons, with a limited range of course.

Yes but there was a throwing skill mainly linked to grenades that affected your throws even when was a magazine or something else. So with a bad throwing skill you could end with a magazine hitting someone or miss the target completely.

Yes, you are correct. Same skill was also used for throwing knives.

See the pics above, this was an available feature in X-COM.

I never really liked the feature. As shown above, it led to “tactical hot potato” situations where soldiers would pass a primed grenade around or other silly things.

I think this setup could really work, and work well! I hope to see it in Phoenix Point! Being able to throw ammo to soldiers who need it would be incredibly helpful.

but PP doesn’t have cooking grenades.

+1 to throwing items ala original X-COM

It is one of the original mechanics since LS and should be kept. Very useful.
While clip seems to be most obvious, one could throw a loaded weapon, medikit etc.

Coupled with corpse looting it can change a game. So please THROW option for all,
not just granade and throwing ability as it was (not all can throw the same).

Dont forget granades used to be primed, so these mechanics was used to e.g. toss the granade
at area where you expect aliens to go soon, so they would come to an ka-boom

This is far more strategic than approaching to throw it, be it on foot, in vehicle, in hover …

but PP doesn’t have cooking grenades.

As all Julian games in series (LS, XCom, TFD …) have em, I somewhat expect primer aka “cooking granades”

I never really liked the feature. As shown above, it led to “tactical hot potato” situations where soldiers would pass a primed grenade around or other silly things.

It depends on our wishes, but its far better to have throwing mechanics that not. If I wish to hit an alien with potato or tomato, why not? Its useful for ammo, more throwing things could be included e.g. suggested stun grade etc. and throwing mechanics allow priming granades, where they become strategic thing not just one attack thing. Bobyrapping becomes available by hiding prime granade in the walls, obstacles etc…