I searched a site and found a tech soldier. I placed her in my training base and came back later once she had leveled. I increased her strength already by one in the picture. Is it intentional that found characters have lower stats? 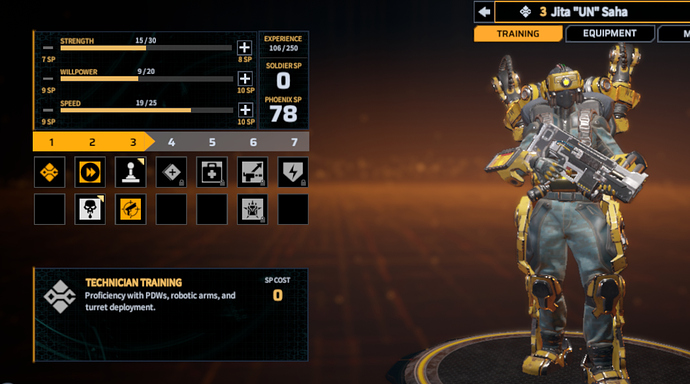 It happened to me too multiple times. Seems like soldiers we get as a reward come with “legendary” stats instead of the current difficulty.

I confirm, playing Easy, but I ignored, yes it ends with weaker soldiers, I think some are still alive, and I try not waste global skill points on them, or very few.

What’s weird is it vary, I got 5 soldiers like that, but not all had the same lower attributes, one even had like normal attributes for the difficulty, moreover, I perhaps didn’t read well, but one jumped into my plane with a free slot, from a faction mission.