So i was thinking that once you guys implement the friendly AI mechanics into the game for haven defense missions and such
You could add a mission where when exploring you find survivors(either ones that belong to factions or independent ones, i think independent would be cooler) Fighting pandorians and you like can drop in and help them and if successful either get new soldiers or resources or diplomacy points or whatever

P.s: is implementing friendly AI even a goal at this point? I know it was a feature that was promised but im wondering if itll even happen

I’m all for more mission types and more ways to recruit new squaddies. Whether they’re implemented like you suggest or not I like the ideas.

There is actually an site where you get a new recruit. I’ve only ever had this happen once, however, but it was cool!

Same, as far as I know it’s the only way to get an independent recruit currently. Incidentally, she’s always called Salomé but has a different surname when I get her.

I got 5 soldiers till now from scripted events (after explore). This is independent haven recruit. 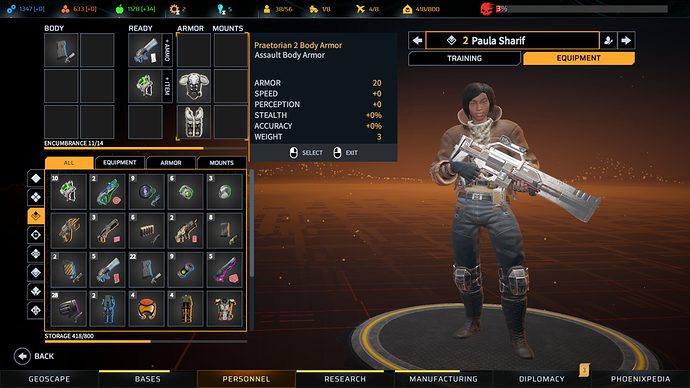 I think it would be very cool if, on saving a haven from certain destruction, the haven could offer you a new recruit instead of resources.