Neurazer always resisted, anyone know why?

I have been trying to capture a baddie for a while now, in my latest mission I only had one left. He was looking mean with his shield and all … I went up to him and hit him 4 times with my neurazer, a little damage and “resisted” … I did that about 20 times … always resisted, did it until he died. Used my assassin. 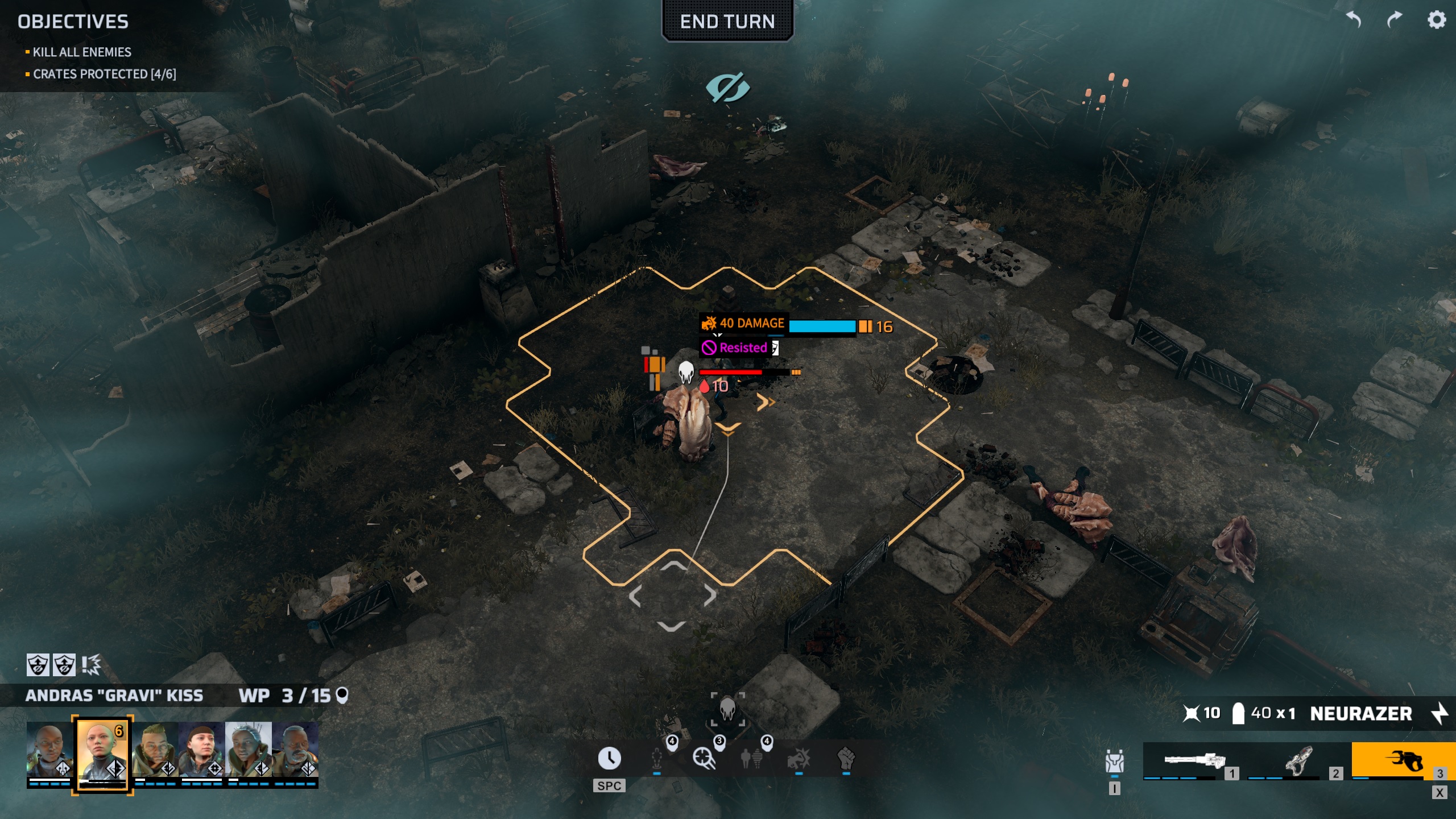 PS: I followed him around and did it from various angles.

I don’t think they can develop a resistance to the neuralizer… So it sounds like a bug. It seems to be getting through the armour, so shouldn’t be that.

Errmmm … all the aliens I try to capture resist the Neurazer, also tried with mind control.

… I am seriously getting angry with this game.

Have you got a containment unit? I mean, that shouldn’t prevent paralysis since it’s a status effect in and of itself as well as being a capture method but it’s possible. Or is your containment maybe full?

I take it you’ve had a look at all the enemy body parts and things to make sure they’re not resisting for a reason, like rubberised armour or something?
You could also try the neural pistol and the neural sniper rifle. I think it’s Synderon that has them. The sniper does 15 paralysis damage, so if it’s some sort of resistance then that might be able to overcome it…

Does look like a bug though. And yeah, the bugs are pretty annoying, especially when there are so many major ones.

Yeah, I have an empty containment facility … as I said, all aliens resist my neurazer. Also have the mutagen lab.

Man, you’ve got an eye for detail, haha. Nicely picked up on.

I was somehow “looking for it” as i had the same issue while trying my first capture, i literaly wrecked 3 crabs with the wrong side of the weapon, i’m glad i’m not the only one now noticing the good button :'D

Thanks Lemdoran, the description says to use your current weapon to bash the enemy and since the Neurizer is a melee weapon I did.

I would have banged my head against the wall on that forever, thanks for the heads up man, much appreciated.

Unfortunately I managed to overwrite the savefile with a different game I started … apparently my brain needs fixing.

Aw no problem, at least you’ll know for the next one :’) note that it’s the same for all “true melee” weapons, the fist use the wepaon “normaly”, while the bash icon basicaly use anything you have in hand (including medkits lol) to just knock on ennemy shell xD