How to stun alien?

Hi guys, I’ve got containment lab (two even), I got six stun rods, but looks like every single alien is stun and killed instantly.
what I am doing wrong?

Just go next to them, stab them with neutralizer, and don’t kill them. Stab them twice, just to be sure.

you mean Phoenix stun lance? or I have wrong item? I poke them once (they are stunned but mobile), but if I stun them twice they are dead

No, you have the wrong item.

damn… how to get neutralizer? I don’t have any research project different than vivisections

The one before, that unlocks vivisection and containment. Just go through craftable equipment.

How did you unlock stun lance, anyway? I got to a research dead-end.

damn… I wish I ask this question 8g ago

THB I dont know… I got them deus ex machina. I was sure that’s a quest reward after you research alien containment… thats why I was using them entire day without ANY success.

I mean, it did neutralize them, albeit permanently. Don’t worry, containing aliens does little now. 10% bonus dmg is ok, bot not worth chasing exploding firewyrm or however it’s called.

Lances used NOT to be stun rods, they are hand to hand kill thing …
http://ufopedia.csignal.org/usopedia/Thermic%20Lance.html

kane: You need it weapon with paralyze dmg type not stun.
Most fast is to produce neutralizer 10 dmg, 10 piercing, 8 paralysis dmg.

Stun make enemy lost move on next round.
How much paralyze dependent on they “strenght” (propably total hp left) before they unable move.

On normal 2 hits (16 point) on mindfragger is enough to paralyze (but remember each round paralyze go down by 1 point)
Triton require 3 hits to paralyze him. 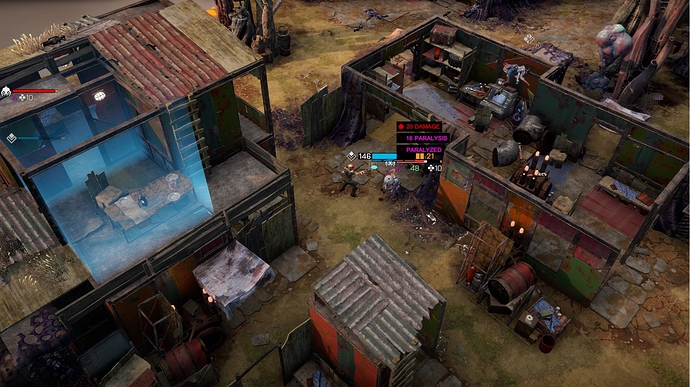 Unlike stun rod, it had it really low piercing/dmg output so many targets require soften armor first

I can confirm now I see that I have a new item in manufacture section. Yay! (not)
@UnstableVoltage can I suggest to modify the description of stun lance? looks like its more daze that stun

I wonder how many non-backers will suffer from the same mistake as mine.
Thanks one more time guys!

The interesting thing is that stun and paralyze damage are different, you can’t just bash the ayys over the head and take them like that, you need to really paralyze them good. It’s interesting; even though it might seem counterintuitive, it makes narrative sense that you’d want to really paralyze a monster rather than just stunning it and allowing it to wake up during transit.

I fully agree. I just ‘missed’ that part, when the game tells me that I have to paralyze and not stun

You don’t have a berzerker, I assume?

I have, but why use stun lance if you have bone splitter?

can I suggest to modify the description of stun lance? looks like its more daze that stun

I wonder how many non-backers will suffer from the same mistake as mine.
Thanks one more time guys!

Coheret naming would be great - in old past XCom games it was “Stun Rod/launcher etc.”, so current “stun” should be “immobilizer for 1 turn” and “paralyser” should be “stun”

Yeah, definitely a good point. For XCOM veterans, people will think the Stun Lance is how you capture ayyys, they should definitely make it clear that’s not how it works.