How our GOG updates work

The latest update (ORRYX, 1.10) should now be live on GOG, but wanted to shed some light around the recent delays. We work closely with the GOG team to roll out our updates on their platform. We keep them aware of when we plan to deploy patches, but we do not package the new builds within their ecosystem, we rely on them to do this. Because of this, our deployment on GOG is slower than on other platforms, where we deploy directly. Typically, that turnaround should only be about one to two business days.

For Orryx, however, we ran into a few issues after releasing the update while GOG was working on deploying it. As a result of these issues, which we hotfixed on other platforms, we asked GOG to hold deployment of the Orryx update so we could include the hotfixes in a single deployment, rather than having to wait for multiple deployments after the fact. In other words, we chose a single, slightly longer delay, rather than multiple short delays, one after the other.

We try our best to avoid any delays, but hope you understand why we made that decision in this particular case. We will continue to work with GOG to smooth this process for the future, and we thank you for bearing with us as we get to the place we want to be.

Great news! Keep up the good work! It really helps to know, when there is a delay, than silence.

Yeah, I really like and enjoy the game, so I’m anxious to have the latest version as soon as possible

. And I believe that a lot of people, when complaining about delays, they actually saying the same - that they really care about the game.

So, big thanks for the team and for the updates. I’m really excited about the future of the game

Still its better then Epic Games where i bought the game but they are not able to give me the One Year Edition in my account .

Months i am debating for something so simple as give me a game wich i payed for and they keep quit not even reponding anymore .
I love the Game but what a terrible bad company Epic Games is i will never buy any game from them in my life .
So what is left for me after 7 days waiting on Epic Games ?
I downloaded a pirate version of the game and installed that so i can play the 1.10 version of the One Year edition .
Indeed a pirate version to play a game and the DLC wich i payed 69.99 Euro for almost a year ago thanks to Epic games who just not respond anymore on my ticket 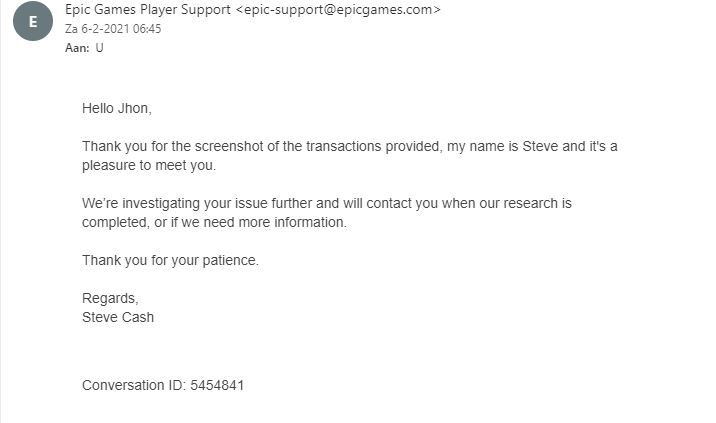 Thank you for shedding the light on the priocess. That’s greatly appreciated.