Fog of war in nests not vanishing

Interesting. Does this happen on any specific map which I can’t get selected?

Nothing special, ordinary early nests. Only nests. It doesnt have to be dash either. Seems game just forgets to reveal LOS. Next turn as you move, much more gets revealed (what was supposed to be revealed previous turn too)

Note: enemy gets revealed, just Unity forgets to refresh. Might be down to playing on low end laptop (i5 dual core with integrated gfx). Similarly, on low end machines, when using Rocket Jump, its really slow on drawing jump to points, like old school C64 line-by-line. Suprisingly, rest of GUI, beside getting upstairs, is quite snappy.

Interesting. Does this happen on any specific map which I can’t get selected?

Only on nest maps and almost always on any nest map.

Or maybe this is because of graphics settings? I play on Very High settings on desktop, and Ultra on laptop with all ticks selected.

I had this issue on my older notebook with GTX 1050ti and also on my new one with GTX 1650ti, the first one with user defined settings between medium and high, the newer one with the pre-setted high settings. I could also go with ultra but the vent drives me crazy then and I’m fine with the high settings. But even on ultra I have this issues with these not revealed dark areas.

I just rotate camera and everything is fixed.

This way I can also almost work around this issue but not always.

It happens on every nest map. My PC is fine (1080ti), it isn’t performance that causes this.

It’s such an obvious issue, it’s been in since the game was released and it really smacks of shoddy programming.

It’s such an obvious issue, it’s been in since the game was released and it really smacks of shoddy programming. 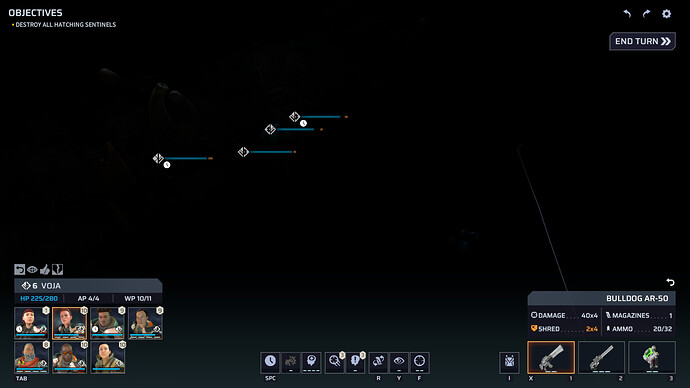 Can we possibly have a setting to just turn it off? I’d rather play without the frustration and lose a little bit of the excitement of exploration.