I’m having real trouble fighting Hopiltes; their lasers are deadly enough to keep me from effectively closing on the terrain I’ve seen them on, and even my laser snipers can’t consistently get a shot through the holes in their shields. Is there a good way to bait them closer, or any suggestions for relatively easily blasting through their shields at >30 tiles?

I’m sadly without cyber because I blew all my resources unlocking these fights, so a shieldwall of my own isn’t an option.

First of all you don’t attack an ancient site if you are not prepared with a good squad, 10-12 Hopelites and 1 Cyclops is not easy.

You have to try to activate one or two Hopelites each time, and of course Cyclops at the end of the mission.

If you want to fight using long range, you need snipers with high accuracy and Pythagoras SR, the shields are not covering all their bodies, a small portion is over the shield, there is where you aim 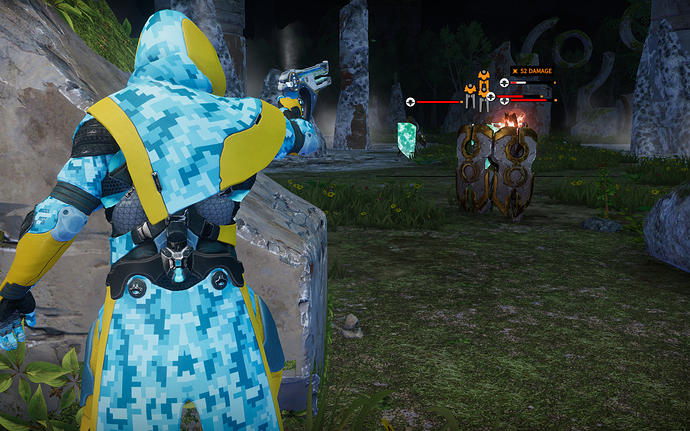 But Stealth is the safer aprroach, you include infiltrators and they could finish many hopelites before activation, or using vanish: 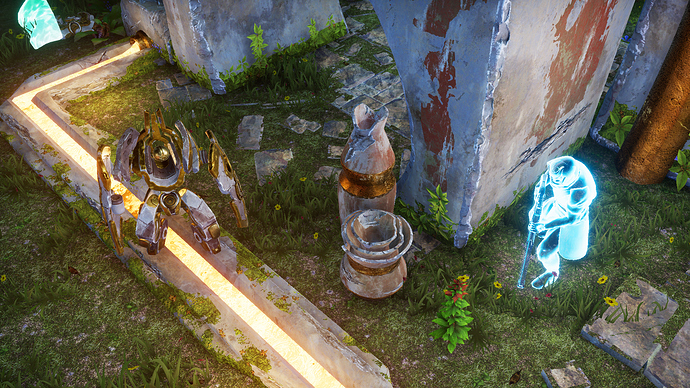 Decoy is also interesting, those beams are dangerous: 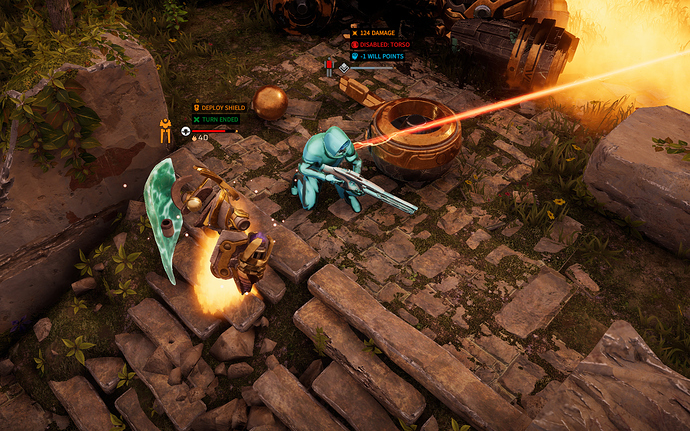 More tactics include hide and hit: 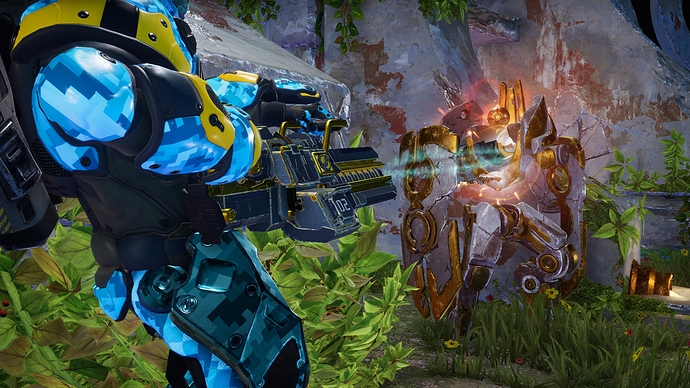 And of course lot of Overwatch, because they move towards you: 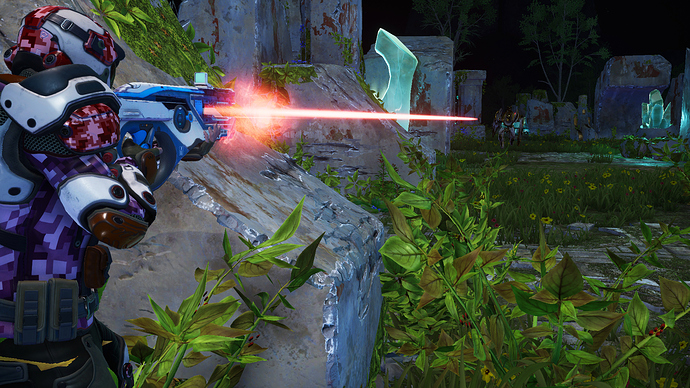 And dashing and SG (Harrower even better) is a great resource: 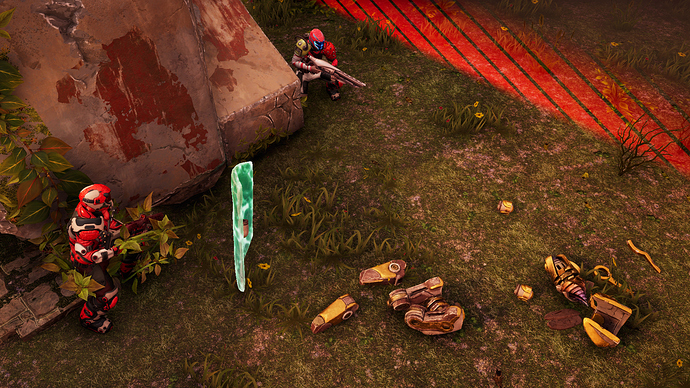 And for Cyclops, Rage Burst with Hel II Cannon, or using Acid Cannon, one turn and done, if not snipers, and hit the head to avoid the beam 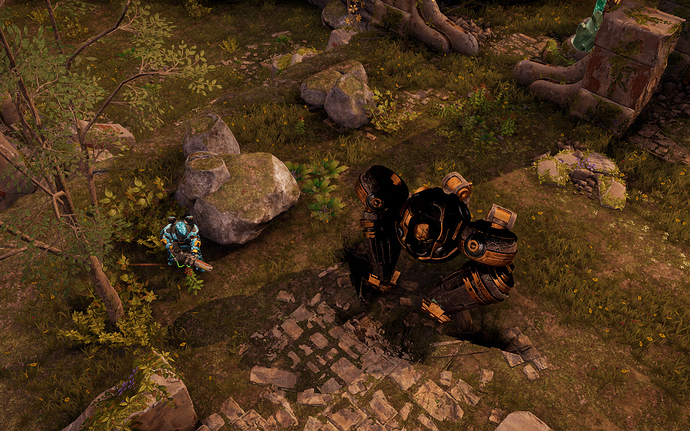 Interesting stuff so thanks. You seem to be playing very quickly to get so far already. If you don’t mind me asking, how many hours a day do you play?

I don’t have the label, but I am Community Councillor,

that’s the reason, I completed every mission, manufacturing every weapon and controlling the six different ancient sites

Haven’t had much luck with the laser sniper through the holes; it works maybe a third of the time and that seems to be about their own hit rate at 40 squares in high cover. I’ll give infiltrators a try, I usually avoid them because I don’t understand the stealth rules.

A Heavy with War Cry is also very good in this mission. The Hoplite beam weapons need 3 AP and their melee attacks are of course from 1 square range. So, use War Cry to hit 2+ hoplites while standing more than 1 square away from each. On their turn, the hoplites have zero attack options.

Another thing to consider is that all these enemies are still susceptible to Stun/Paralyzing weapons. If you have enough Soldiers armed with Heras and Athenas to paralyze the big colossus to over half its paralyze threshold, you can keep it from lasering you with its head (far easier than trying to reduce all its hitpoints over several turns).

I am thinking about bringing an Aspida for next ancient site mission, and a technician, just in case

Hi There. Kind of related to the thread here - after successfully finishing these missions, how do you acutally get the resources? I own such a site quite some time and also defended it once against pandorans already. But I don’t see any of the resources in my inventory. Is there something you need to do after capturing a ancient resource site? And is there an overview somewhere on the amout of rescources you got / can get? Thanks already!

First, what is that for a site?
There are 6 different types of sites and only 3 of them are ‘mines’ that are able to get one of the 3 new resources. The other 3 types are needed to produce the new ancient weapons, one per new resource.

Second, if this site is a ‘mine’ of any type then it should produce the resource when you place one of your air planes with at least one soldier on this site. As long as it stays there you should get +1 resource per hour and per new lab, so 4 labs = 4 resources per hour. (Edit: there is probably a bug, that this will not work as intended, for me it worked always)

Third, the new resources are shown in top list besides the others, but you have to get at least 1 to shown up there.

Get a mechanic with 2 turrets, put them in front of you. They mostly attack and miss them and Adv. turrets can kill shields.

I kill Hoplites by disabling their energy beam heads with War Cry, then gunning them down with a mix of AR, SG, cannon & sniper fire. The closer I get, the better.

I find that careful use of cover and an infiltrator lets you dictate a favorable engagement. You also need to bring the right weapons for the job. Crystal constructs are brutal to kill with ARs and Shotguns, but go down easy to Sniper Rifles, spider drones and cannons.

In contrast he way the Orichalcum Armor works, reducing effectiveness after each instance of damage, gets shredded by weapons that use burst fire like ARs and Turrets, but are nigh impervious to single shot weapons. It’s a cool variety in the mechanics.

Regardless of the variety I find it easy to disable the Cyclops Eye (removing it entirely) and it’s not that hard to blow the legs off them and just immobilize them until you have time to go deal with them.

Any way you slice it using choke points and careful arrangement in cover is a must to stop your guys from getting lasered to death.

I have been flanking them. I noticed they prefer to point their shields to the sharpshooters.

I try to clear one area at a time, active as few as posible. Set some snipers in front and use infiltrators or a fast moving character and cover to flank and shoot from the side with no shield. I have even flanked them with other snipers.

A couple of stealth soldiers with the right penetrating weapons can sneak up and take them out before they deploy. Almost too easy. I think the Hoplites need a perception boost.

I saw up to 55, If I’m not wrong it is different from type to type (like the Cyclops). But as long as they are not active this isn’t a threat, with a stealth Infiltrator you can go pretty close before they wake up. And even then, after they wake up their shields are not deployed and for this no real problem.

I have severe problems with the Hoplites on the Forge map. The regaining aura is completely overkill.

I have solved it by killing as much of the Hoplits as possible sneaky and separately. As long as the Cyclops isn’t active the Hoplits don’t have this strong shield. And when the Cyclops is active then I focus all of my guys on him. When he is down then the shields are not away immediatly but they don’t get refreshes every turn. Then I shot the Hoplits with burst weapons like ARs and Deceptor to get the rest of their shields away and after that it is as usual, no shields, not such a big problem.

How do you manage to get sneaky kills?

Can you really confirm that the aura doesnt work, when the Cyclops isnt alarmed? In my First DLC2 campaign it seemed to me, they got that aura as long as the Cyclops is alive.