Can`t start lair mission, where a faction is attacking it too

The yellow button to start the mission has simply no effect. 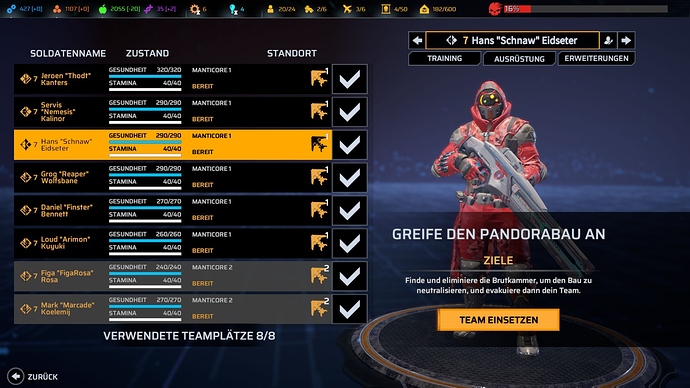 Don’t quite understand what you mean.

To the best of my knowledge, factions never attack Lairs, only Havens.

Can’t they attack alien bases? I think that NJ did that in someones playthrough

It’s very rare, but posted the one where NJ took out a nearby base while I was defending its haven. I think I’ve seen it at least one other time.

This was a first for me: [PPAnomaly] I went to defend the New Jericho haven inside the mist-repelled area and when I arrived, the nearby lair was under attack by an overpowering New Jericho force. After I successfully defended the haven, the lair was destroyed by New Jericho. I sure would like to have Factions help me more with lairs.

Don’t quite understand what you mean.

To the best of my knowledge, factions never attack Lairs, only Havens.

Not true. Factions can attack Pandoran Colonies. It happens then and again. Obviously it happened in my savegame and technically I wasn`t able to take part in the attack.

Interesting… I’ve never seen it happen, but then I play slow, so…

Good to see that they do though. PP shouldn’t be the only proactive anti-alien force in the world.