I wonder how many maps are in BB3. As you probably have notices we can divide them by types and plots. Types include:

and every type has it’s own plots (number above represents how many I have seen). By plot I mean specific configuration in which map is populated with objects. I thought that I have seen them all 2 months ago. But recently one of youtubers played on living quarter map which I havent seen earlier, and today I have seen industrial map with some assembly/manufacturing building. And I really wonder how many of them are there. Maybe we will create some gallery to show those plots?

This is new map I seen today:
we start on parking 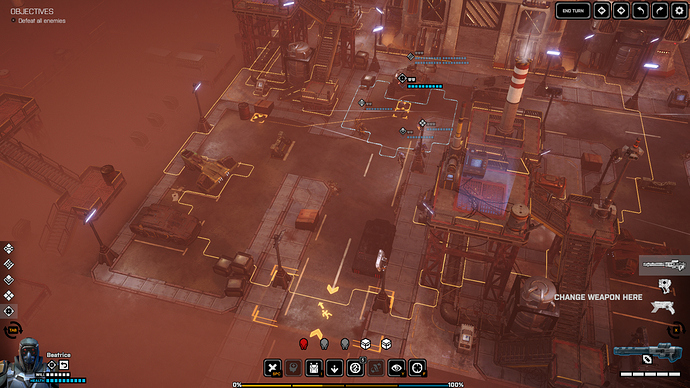 there is some kind of Refinery to the right 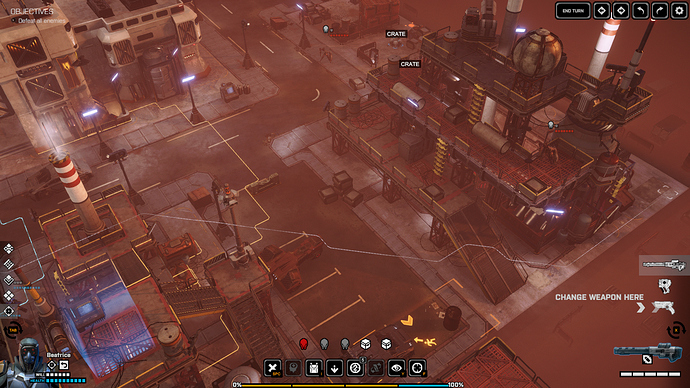 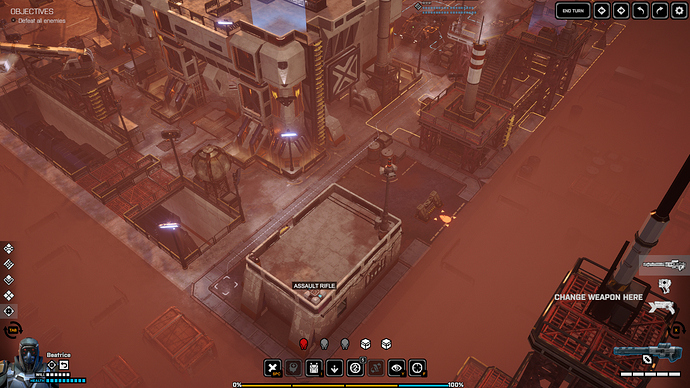 and road with parking in the opposite corner 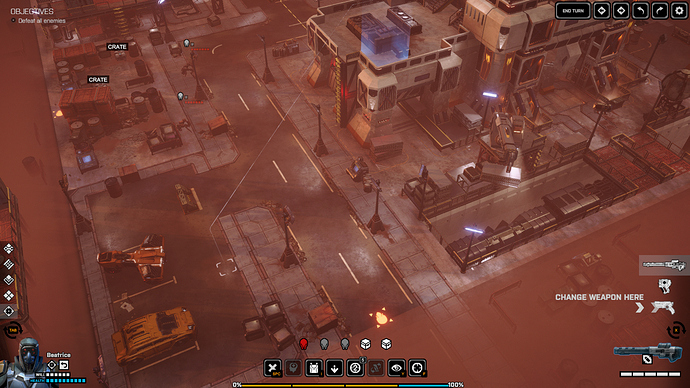 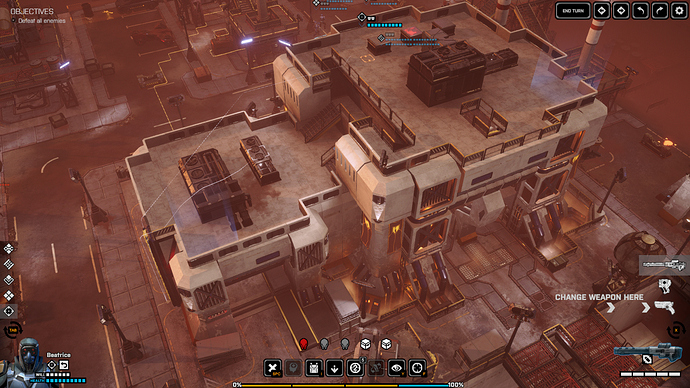 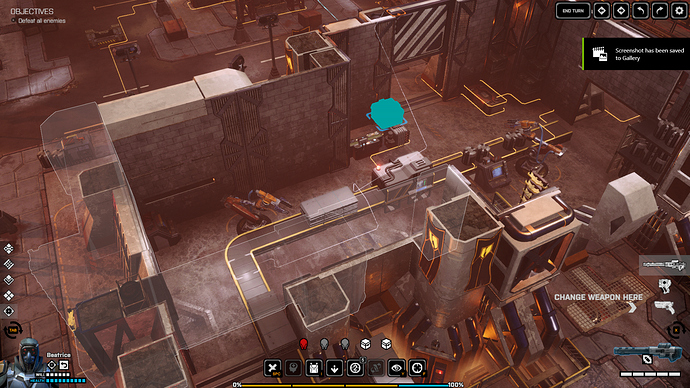 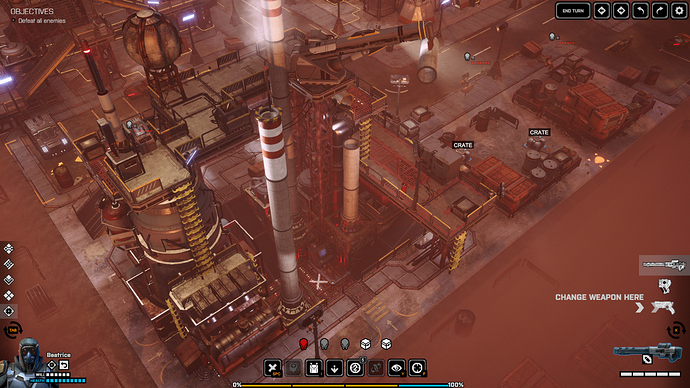 I had that map fairly early in bb3. I was super happy I had shotguns for that one, that middle building was a brute. Had to blow apart the whole left side with explosives from so many enemies there. Stuff in the middle was hidden from LOS angles a LOT. Shotties on overwatch helped a lot.

But have you seen it more than once? I mean I usuall get 3 sets of scavenge mission, 3 sets of alien base, and 2 sets of industrial zone, or 3 sets of living quarters. Other than that I have seen only 1 copy of other maps.

Nope, I’ve only run into that one once. Was a haven defense, if I remember right. Only about 50% sure on that though. We should be able to find map files in the install dir, shouldnt we? Or is that all packed.?

I forgot about that. Are we sure they’re random at the moment? My map had all the same elements as that one, in generally similar arrangement, although looking at the pics, it does seem as though there are differences. I did have the refinery, guard tower, and assembly. Although, my big building had much larger machinery in the center of it, and no conveyer. I suppose that could be explained by only having a limited asset set for “industrial” at the moment, so all industrial maps would have mostly the same features.

The maps are random. The only non-random map we’ve ever had access to was the Fort Freiheit map in Backer Builds 1 and 2

AFAIK, the tilesets are limited at the moment, so there won’t be as much variation.

Gotcha, thanks Rook. You’re my rock.

They can’t all be random. I’ve only ever seen 2 Lair configurations, and every Lair I’ve entered is absolutely identical to one of those 2. It’s one of the reasons why I’ve stopped playing for now - that and the fact that I have FAR too much work on at the moment.

Alien bases are not random at the moment. There are 4 pre-generated plots.

The thing to remember is that maps are procedural, not random. It’s an important distinction. Procedural means that they’re assembled from preset parts/rules.

Each map type is made up of 3 components:

The Plot: The is the empty map layout. This controls the size of the map, the spawn/entry/exit points, and the valid locations for buildings and certain props and cover.

Parcels: These are the individual buildings. These get placed procedurally into the Plot. The building type, positioning and directional facing can be affected by the procedural generation. Different parcels have different sizes, so have to match the slot on the Plot.

Props: This is basically all of the free-standing items like barrels and crates. Their positions are usually pre-determined in the plot (as every plot is hand-designed to make them balanced and interesting), but their type my change procedurally.

The issue with random generation is the results can often be less than desirable, or downright unuseable. Even the original X-Com used to have issues where 2 story buildings would sometimes spawn without stairs, or you’d get a room without a door, or a road that just cut through something else.

There are only a limited number of Plots for each map type in the current Backer Build, but we add more each time.

Considering comments that some of the plots didn’t appear for some people, while others appeared often, might be to add some priority system into the procedural generation, favouring plots and layouts which didn’t appear at all, or appeared less.

Firaxis has been using something like that to great effect, with each expansion: new maps, or maps elements having the priority in spawning before the old ones would reappear.

After some of my earlier posts, I was trying to hunt down any dev comments about the current Gauntlet style spawn markers, especially on reddit, and found a Gollop note about levels being a mix of a bit of hand built and procedural.

I thank UV for explaining it so well and accurately. I think a lot of gamers forget or accidentally gloss over random vs procedural.

It’s a pain trying to hunt down old dev info, even though reddit does a great job with the flairs. I should make a spreadsheet to collect it all, lol. I hate having to wing it, especially since UV or Rook is close behind to make me realize how faulty my memory is!

Or you could ask to borrow Retcon’s spreadsheet

After some of my earlier posts, I was trying to hunt down any dev comments about the current Gauntlet style spawn markers, especially on reddit, and found a Gollop note about levels being a mix of a bit of hand built and procedural.

I thank UV for explaining it so well and accurately. I think a lot of gamers forget or accidentally gloss over random vs procedural.

People often use word “random” and mean something more organized and controlled. There was an interesting bit about random systems in Tim Cain’s talk: 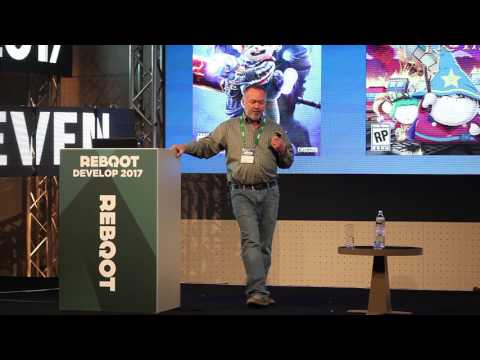 Hey look, its one of my other favorite old schoolers who is working on a new game to face lift past glory a bit.

Haven’t watched yet, but from your phrasing, I’m guessing it’s somewhat about how random systems in computing aren’t really random, which is always fun to look at. I’ll try to give it a watch some time today.

Ok so after some research it looks like even alien bases are slightly random. Their general pattern for corridors is set (just like roads in defence missions) but each piece of corridor is selected from 2 or 3 different elements (currently those are only some small changes to the wall gaps). Of course there are also elements which doesn’t have alternative “piece”. I will paste here some of the layouts.

First will be standard alien nests. I don’t have alien lair (lack of few screens) 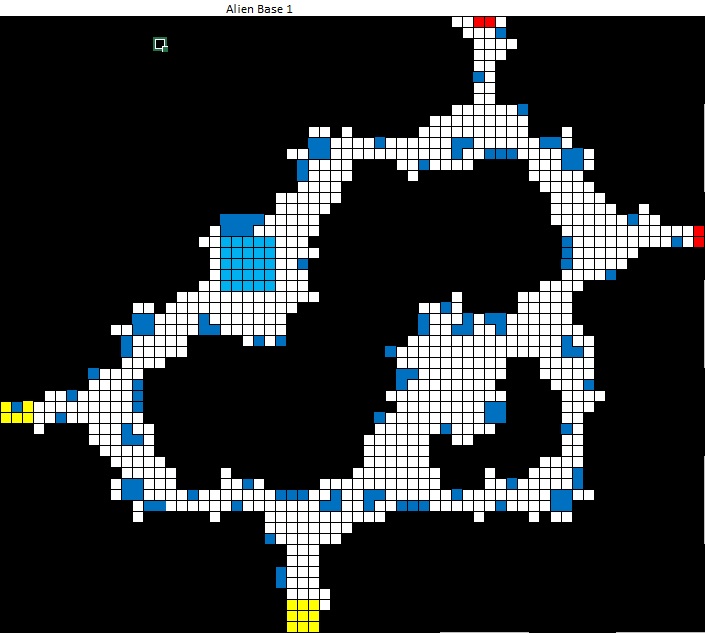 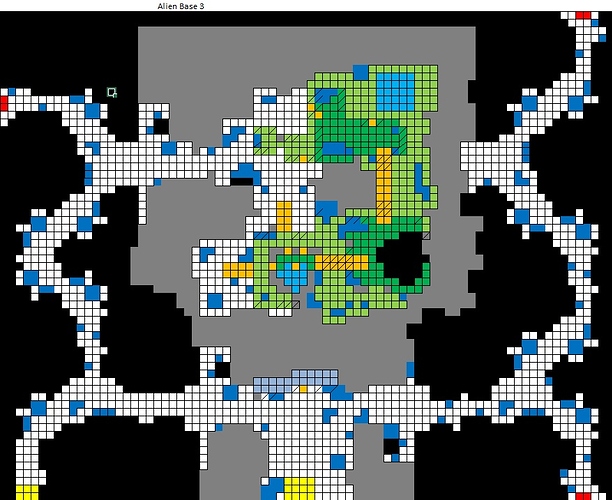 the 1st and last ones are so cheeseable, it isn’t fun playing them

First alien map (and other similar to this one) probably will be for rookies. Currently our soldiers in armours with grenade launchers and shotguns wreack havoc there.

But at the start of campaign such mission on a small map would be sufficient I suppose - and it would be more fun if it will be more random.

Third is easy when you have missile launcher with jet jump.

But when you don’t have it and you go to either way then it becomes some challenge (of course without grenade launchers). And I suppose that Phoenix Project heavy class won’t have jet jump.