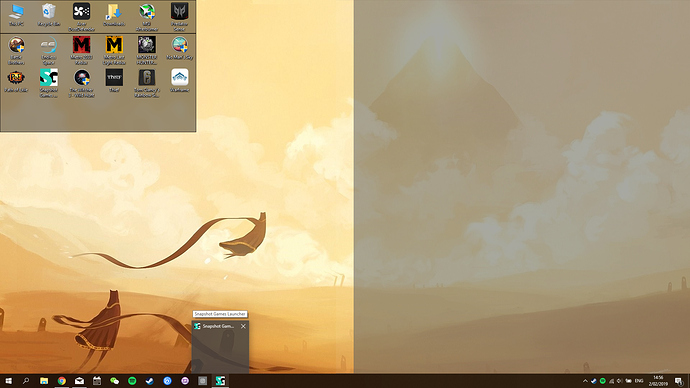 Not sure what is going on with the launcher, but every time I try to launch it the game launcher just doesn’t show anything? What happens it that it runs the update, and then the window disappears. I’m then left with an invisible window of the launcher with no idea what’s going on.

Any other information needed?

Would greatly appreciate your help!

Is this one you’re aware of @gamingmechanoid

I tried resizing the window (as mentioned before, mouse-over the invisible window does show I can resize said window) and have managed to make the launcher “appear”

As you can see below, the launcher shows itself.

I think I clicked the install button and started the prompt to select where to install the game (based on the new context-sensitive mouse-over prompt that looks like it’s allowing me to choose the install path). 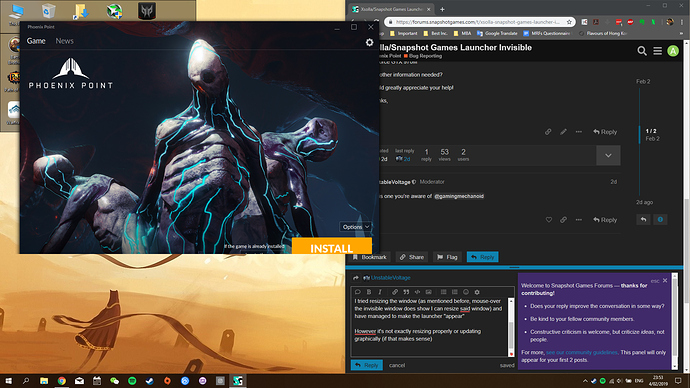 EDIT That is to say I still unfortunately can’t install the game so far. That screen above is after I hit install but still not being able to see the install prompt.

Send us an email at contact@snapshotgames.com - we can supply you with access to a version which doesn’t use the launcher.

im also unable to get launcher to activate. I get a gray block with a red triangle that disappears so quick I cant see if it says anything.

can I get that version, too

Email us with your purchase details.