Feels stupid to even write this up since i know the state game is in, and this would fall to really low in your importance list, but for me, the aliens all yelling the same line over and over again is like little needle to my ears =)

So with fingers crossed, hoping few more voice lines for next BB!

I made a post about the aliens sounds in the game, they are not what you would call high quality, but I am guessing they are just place-holders.

One thing i like so far is the music, game where you are expected to play many and many hours, this is quite important (unless you just hit spotify(or similiar) running, but kinda ruins the mood for me =)

You may not know this, but all of the Crabman voices in the Backer Builds are Simeon Dotkov, our composer and sound designer.

Except the Queen, that’s Elena Nikolova, one of our animators.

Of the top of my head I would say the crabmen should sound like broken bones and the Queen like someone gargling.

Looking at them, this is the sound I would expect.

The crabmen actually have their own language. Everything you hear them shout and cry has a translation.

I had assumed that the crab men would get new and different battlefield sounds. Glad to hear I was right!

On this note, I hope for modding capability and reading scripts that allows us to generate and use voice talent from other members of the community. There is so much talent out there and I really enjoyed the voicepacks I was able to use in XCOM.

I had assumed that the crab men would get new and different battlefield sounds. Glad to hear I was right!

Where did you hear that?

Why, I thought from you! At least thus far, it seems to me that the crab-men are always saying the same thing, but you indicated that had a whole language to be implemented, and I was looking forward to it. Is it already implement and I’m just hearing the same thing over and over because my tactics put them in similar situations?

The number of things they say may well be expanded, but yes, they do already say multiple different things based on their actions and their situation.

That s bitt unfair. They could be attacking us with bad language and we wouldn’t know.

Yeah, its just the moments where you shoot someone, theres 5 of them, all returning fire, and all yelling the same thing many times in row that makes “single phrase” sound horrible after some time… Its been many, many years since Baldurs Gate yet i still remember “Get me out of this hell hole” whining and lets not forget “Stay awhile and listen” -deckard cain. But like i sayd, not high ranked on your To-Do-List but i hope its planned =)

Ageist picking on Deckard Caine. He came by his dementia honestly lol.

The crabmen actually have their own language. Everything you hear them shout and cry has a translation.

What’s crabspeak for ‘‘He was giving it all that!’’ 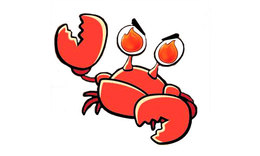 Its been many, many years since Baldurs Gate yet i still remember “Get me out of this hell hole” whining and lets not forget “Stay awhile and listen”