I recommend a toggle off button for classes on the equipment screen. The current setup is ok. You can switch off equipment choice for each individual class, but it would be faster if you could toggle off all the classes at one time and then switch back on equipment for the class you need.

So if I need to find an Assault’s assault rifle. I have to toggle off all the class besides assault and then scroll through the assault and all equipment to find the late-game rifle. It would only be two clicks to seven clicks.

I would also create an all equipment toggle with a solid diamond. Some times, I just need to order up some grenades;). 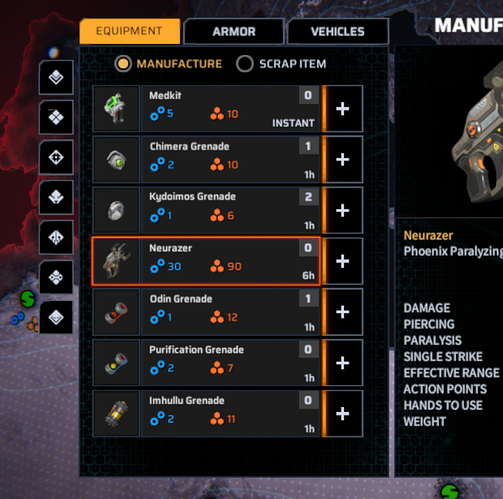