It seems very easy to find where the invisible pain chameleon tritons are. Just try moving, or even better, when determining a dash hex, the triton one will be unavailable.

Is this intended? Could maybe a few hexes be ‘blurred out’ instead of just one, to make it a bit more of a challenge?

In the pic, one hex further contains the triton. 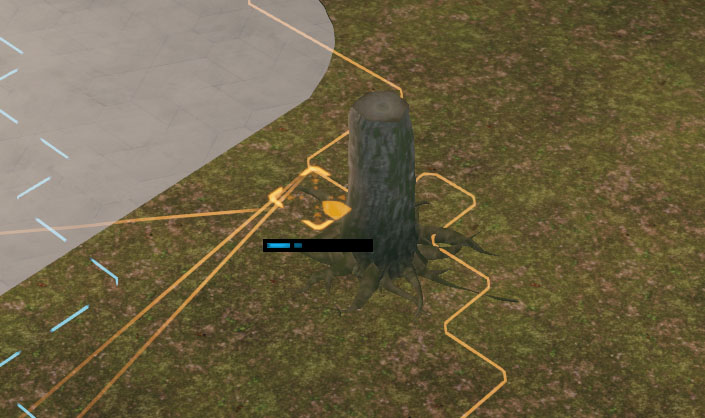 I imagine it is a system thing: your movement grid doesn’t allow you to move to an already occupied tile, and invisible triton is counted as such.

It worked the same in XCOM:EU, though without an ability to manual aim, it wasn’t as much of an issue. As it is, I found stealth to be more of an annoyance then a useful mutation.

If possible I think it would be better if movement grid didn’t reveal invisible enemy location.

Well, we already have ‘pause on discovering new enemy’ behavior.
It would make more sense to allow issuing order to move onto Triton’s tile, but then stop on reveal. Dash in particular would stop right next to Triton.

There are a few mechanics that help pinpoint invisible units. That movement grid one seems a bit of a oversight though so hopefully it gets fixed.

My favourite so far is that just because the unit is invisible doesn’t stop it making sound, if it makes sufficient sound moving (or attacking) and one of your units has sufficient perception to detect it you’ll still get the red location marker which tells you where the invisible unit is that you can blind fire at and kill the invisible enemy.

Though telling if it was a lethal attack can be a bit harder as the red marker doesn’t clear if you kill the enemy that was detected unless you make visual contact with the spot (and the body of the creature that made it).

Having a priest also helps to know where they are.