There is only one NewJerico base across whole asia

Hi, guys, just wondering do you guys ever have same experiences, or is this bug.

I have played my first game for 30+ hrs, explored all east asia, southeast asia and middle east. I have found numerous Anu’s bases and Syndorian’s base scattered across explored area. However I found only single 1 Jerico’s base so far. Isn’t this weird? Other faction have like 12+ bases at least, but Jerico’s has just one single base? I suspect my game is bug or smth. 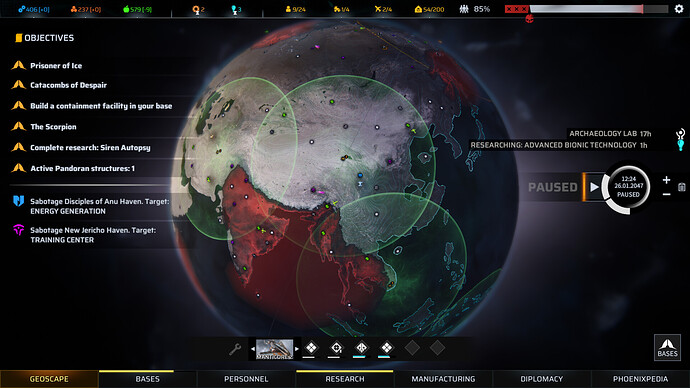 Yes, in my current campaign, only 2 NJ havens in the Eastern hemisphere, they ended up clustered in the Americas. In a previous campaign, it was Synedrion that where missing from the starting base. It’s all in how the dice tumble.

I see. Thanks for confirm. Guess it was my luck after all. Poor NJ.