There have been loads of things while playing, I have said to myself ‘I am sure it will improve before release’, ‘it will be fixed’, ‘it will get better’. I just played a mission that was F#$KING AWESOME!! No changes needed! A mission this good needed to be shared…

I only had a B team in range of the attack, with 3 soldiers (1 a fresh rookie) and a Scarab (which I have never used). I was thinking this will be a 50/50 mission with this crew against crabmen. I filled all 3 up with all the ammo they could carry. Lucky I did.

Then I land and the first thing I see… 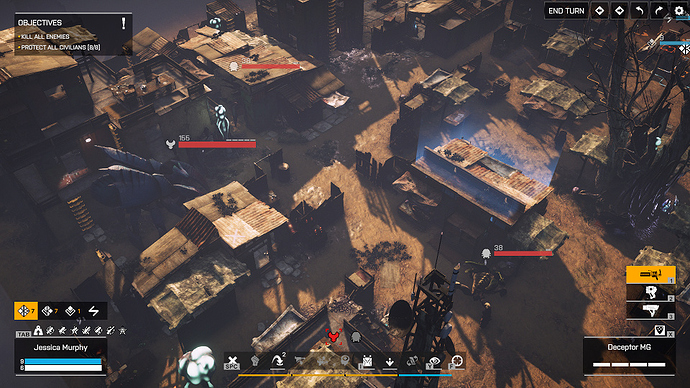 queen and 2 beasts.jpg960×540 322 KB
A Queen and 2 Chirons in the same map!! That is the most big units I have seen in an attack so far. The one time I send in an incomplete B team. WTH!! The Queen is back to a beast that charges through buildings to attack like the original BB - Fantastic! So much better than the BB3 Queens that just pooped out huggers.

I launch every missile the Scarab has at the queen which takes out the legs. My heavy gets his gun blown out his hands. I am down to 2 soldiers with ARs, no ammo in the Scarab and a heavy with no gun. Dam, I wish the Scarab had the ram ability or could be reloaded! 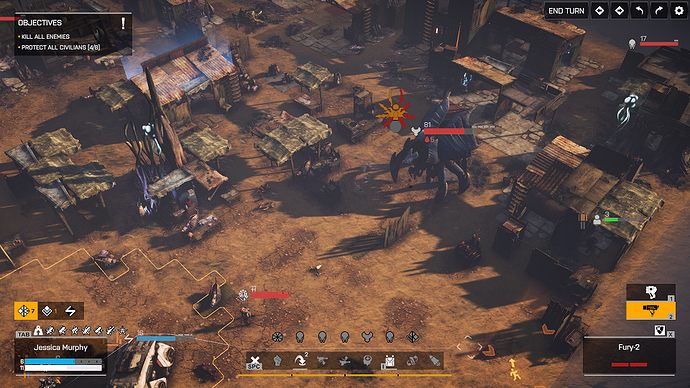 Crabmen are appearing from everywhere, the queen is pooping out face huggers. I only have 2 usable soldiers which I am hiding behind my useless scarab and heavy for protection. The Queen is injured and only charging a few meters at a time. I work my way to the opposite corner and start taking out the crabmen shooting me in the back.

I run my useless heavy to a crate and collect all the nades. I let him deal with the Queen and huggers solo. A big risk if the huggers get him but things are getting desperate. The Queen only takes a few more hits after bleeding out so much and dies. 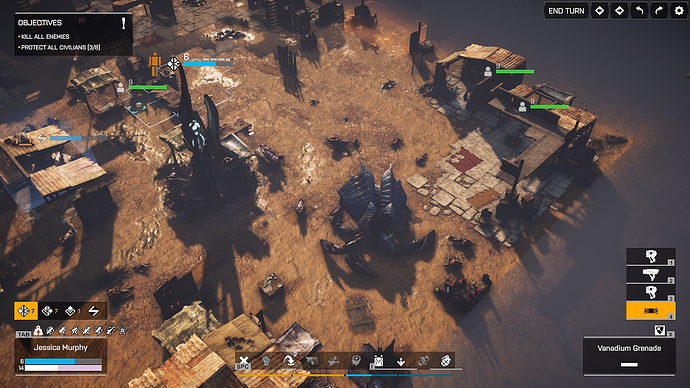 I hope there are no down sides to ‘renovating the locals houses’. It was more a case of totally removing everything about ground on the map than renovating.
Hey you guys need help with aliens?
No problems.
There you go.
Oh wait, you didn’t want houses to live in you right? 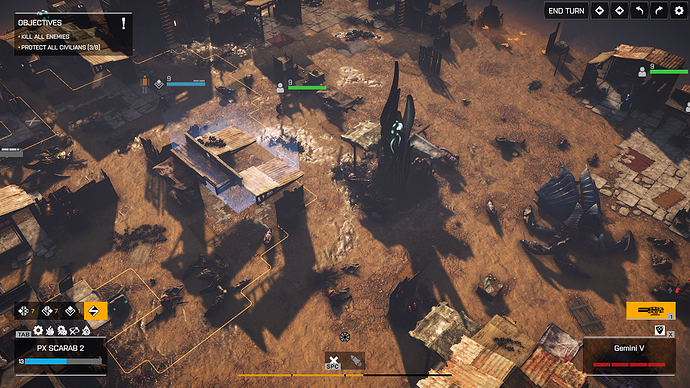 Anyway, with the mix of different bigger aliens. An under strength team. Having to think through every single move and shot, EASILY the best mission I have had in PP so far. Hands down.

If this is a taste of how the missions will be in the end game, I will be playing the shit out of this game!

Sounds intense. But think about the outcome. You did it just with 3 guys and vehicle. Probably you didn’t count enemies but I suppose that expect queen and 2 chirons there were like 12 crabmen, 4 huggers, maybe some worms? A siren? So such small squad defeats so many enemies? I think that PP is still overpowered. Ideal for me would be evacuation from such site, but killing few enemies could cripple alien strength and maybe haven would manage to defend themselves

Agreed, PP is still a OP in almost all the normal missions. They are mostly thoughtless cannon fodder, clear out the map now.

BUT I think that is what made this mission so good. It was very touch and go the whole time. Each of the 3 soldiers had 2 medpacks (and more after the crates). I used all of them! There were no sirens or fireworms (luckily). I don’t think I had the fire power to take down that many more hit points.

Even though it turned into a win, these odds were almost perfect for difficulty. Without the Scarab using every last rocket on the Queen, she would’ve ROFLstomped the team. Without the heavy being a meat shield for the squishy riflemen they would’ve been toast middle mission. Without the riflemen’s 2 shots per turn, I wouldn’t have the firepower left to hold off the crabmen.

To be honest, this is exactly how I would like the game. Being an under strength team against the odds. You constantly feel under pressure and like one wrong move, could end your mission… BUT the mission is winable.

Any harder than this mission, with so few replacements in the geoscape, there is no way I could last a campaign. I think I would have no one left in the squad, before I left the first continent!

With the addition of the aggressive queen and the 2 Chirons WITH the usual crabmen, the entire game suddenly changed for the better! If they have harder aliens in the missions (with the usual suspects) the difficulty level and challenge will be so much better!

This mission seems to of kicked of something in the game. I am not sure if it is a time in campaign thing or this mission. Now every site I land at has Chirons and Sirens with the standard enemy groups on top.

The difficulty level has noticeably stepped up