I hope difficulty levels will be added in the next BB, as I`m finding it too tough after the first couple of missions. I understand that many (most?) people enjoy a tough challenge, but the option to ease of a bit would be much appreciated.

Game is quite random now. You can start easily, build up and train a team and have the fun all the time. With full team including few soldiers at level 5 to 7 you can beat almost any enemy here. And you can even have backup team to defend starting region.

But as I have said it can also start tough and your soldiers may die in first few battles, mostly because of abundance of bullets from crabmen machine guns.

Click “New Game” few times and check if RNG will be in your favour.

You`re right about the randomness. One mission I played tonight only had two aliens to beat, but in the next one I was overrun.
One thing that can help is the way that the aliens always prioritise resource crates over their human enemies, to an extent which is almost comical at times.

I think they are possibly testing the difficulty level on us in BB4. As you guys have said there are some missions that are a total walk over and some that are off the charts more difficult. They might be working out what enemies can and cant be won against to work out the difficult levels.

I had a mission yesterday (see other thread) with a queen, 2 chirons and half a million crabmen. It was easily the hardest mission I have had by far. Since then, all the missions have had chirons and/or sirens in them. I am not sure if it is RNG, a time spent in campaign or that mission that started it, but the game has stepped up a notch in difficulty.

@DazzD Maybe it is just a way the mutation works? I don’t overuse the missle laucher and I haven’t seen the Chirions or either a Queen yet.

It may have to do with how many nests are in a region. Queens aren’t supposed to appear until several nests exist and overlap. Chirons may be the same. I haven’t seen a chiron, but I’ve been hit with the bug where missions won’t launch when the Queen is present.

Damit, so I should not destroy them.

Damit, so I should not destroy them.

Potential spoiler, don’t read further if you’re still exploring the build for yourself

Apparently so! in order for my game to spawn the queen I had to let a Alien Lair expand enough so it could eventually be abandoned, then when hovering over the now “vacant” lair it said something like: “Abandoned to construct a nearby alien citadel” or something along those lines. Then another Lair eventually appeared and it had an operating range of aroundlike 13500 km’s or something which I’m assuming is the “citadel.” Also ever since the citadel’s appearance it’s made a lot of the missions far more challanging I’m regularly seeing missions (even outside the mist) with at least 2 variants of crabmen, multiple chiron’s at spawn (typically 1-2) and siren’s are appearing more frequently as well! It’s certainly giving my veteran squad far more of a challenge, which I am very pleased with! as the start of the game for me is always fairly easy, although that could be because I’ve had good starting area rng I suppose.

Thanks for the spoiler

I will try, would like to see the stronger aliens.

Interesting, I think that is how it was in BB3 but my campaign in BB4 at the moment, only has one alien fog area (red circle). All the nests that pop up in that area I attack straight away (whack a mole). However the chirons are turning up in almost every mission now and I have had 2 queens in missions so far.

I was putting it down to maybe the campaign has been going long enough to just get harder aliens in missions.

I wonder if the rest of the world (I cannot see) has over lapping fog and queens that have left nests. I cannot see it, or stop it, but they are turning up in missions on my side of the world?

Damit! Something is broken in my game. Every time there is a mission with a queen in it I cannot join the battle. It just kicks me back to the geoscape every time I click the join battle button. Has happened twice and again right now. These are the best missions and I cant get into them!!

Same. I’m thinking it’s a known issue. They tried to address it with the latest patch, but I didn’t encounter it until post patch. Fingers crossed that the next one fixes it.

In the meantime I’ve restarted my game, this time taking advantage of the renaming capability. The soldiers of band of brothers are shooting up through the ranks quickly.

I had never seen it before BB4. The first queen mission was the best mission I have played in the game so far. Since then, I have not been able start a queen mission. This one was looking so good! 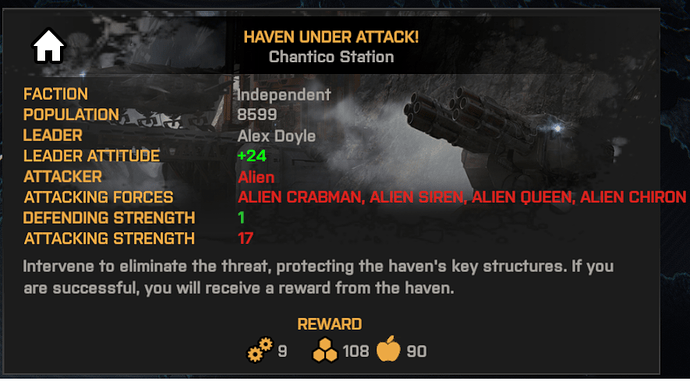 Well if I am not the only one seeing the issue I am sure it is on the bug squish list.

It hangs for me every time I try and go to the Alien Citadel, just a forever loading screen.

As much as it sucks, you might need to restart the campaign.

My issue was when ever there was any mission with an alien queen, I would click to join the battle and it would just go back to the Geoscape screen. Not the same as your issue but similar. I restarted a new campaign and it all works now.