Suggestion: Vehicles should take 3 space in aircraft, but only 1 space in pre-combat screen

Suggestion: Vehicles should take 3 space in aircraft, but only 1 space in pre-combat screen

During early game vehicles are strong compared to your lvl 1 soldiers. So one vehicle taking space of 3 soldiers is more or less OK. But later in the game with better equipment and soldier skills at hand taking a vehicle instead of 3 lvl 7 veterans looks like a bad choice.
However during the late game you usually have several transports and often use 2 of them to bring 8 soldiers on a mission. There is also some free space in them. It would be cool if you could replace one of the soldiers by a vehicle using the free space.

Being able to reload their weapons would also be good.

I’ve always thought that they shouldn’t take up an solider space in aircraft in the first place, instead they should have their own separate slot, but only taking one slot for missions would be a step in the right direction.

What would happen if the player send 8 APCs into a battle? Could the map handle it and could it be balanced?

Currently the game only lets you take one anyway, even if you try to send two with no or minimal squaddies.

ok that makes sence: but then there is no need for them to take space at all
Each craft should be able to lift a vehicle and thats that - would make the Synendrion craft useful for missions

What I can’t figure out is why can’t your soldiers ride in the vehicle while on-board the aircraft. In real life that is what I would do. There’s room in the vehicle for at least 3 soldiers. It just doesn’t make sense not to have them in the vehicle. When deployed they would still be in the vehicle and require the normal 1 action point to exit.

I can offer up a excuse no worries :): Its not safe. The cabin of the APCs not being designed for flight, the soldiers could die from a simple turbulence

We aren’t talking about cargo containers on wheels. Seats with safety harnesses should suffice.

Currently the game only lets you take one anyway, even if you try to send two with no or minimal squaddies.

Oh, I didn’t know about that. Thank you for letting me know!

What would happen if the player send 8 APCs into a battle? Could the map handle it and could it be balanced?

Sending 8 APCs would require sending 4 Manticore-class or bigger aircrafts to bring them into battle))
I say, if the player is able to afford it and wants it so badly, then let him have it =)
Seriously, I doubt that having 8 APCs would be more efficient than having a mixed setup. You would probably want to bring at least some engineers for repairs. And perhaps some more infantry to enter buildings and climb ladders.

Oh, I didn’t know about that. Thank you for letting me know!

Yup, I had a plan for my Tiamat squad to be a Scarab, an Armadillo and two squaddies. Tried to deploy at an extreme level Haven attack but the 'Dillo was nowhere to be seen (even though it was still ticked on the deployment screen… no indication it wouldn’t be showing up in the fight -_-). My squaddies died lol.

Right so here a thing - Vehicles if taken as cargo within aircraft are transported based upon both that aircraft’s available physical space, and the weight that the vehicle adds to that aircraft’s payload.

Calculated as part of physical space, which is what PP currently does, then a vehicle is considered to be the equivalent of 3 human soldiers. So here’s a couple of questions; how many tiles do vehicles take when on the battle map? And how many soldiers can fit inside a vehicle?

If calculated as part of payload, then assuming that the average weight of a PP solider is 300lbs (an average human weighs 137lbs and will probably carry around 80lbs worth of kit, but let’s say that the Phoenix Point guys are all well fed, and even then I’m then rounding up a bit). 3 soldiers therefore weigh around 900lbs, and that 900lbs then is the Phoenix Point vehicle equivalent. But in modern day vehicle terms the closest I could actually find to that was the Robin Reliant (coming in at 961lbs) and we’re not counting armour or weaponry. So if aircraft space is based on payload you’re given the choice of taken either 3 fat soliders or this: 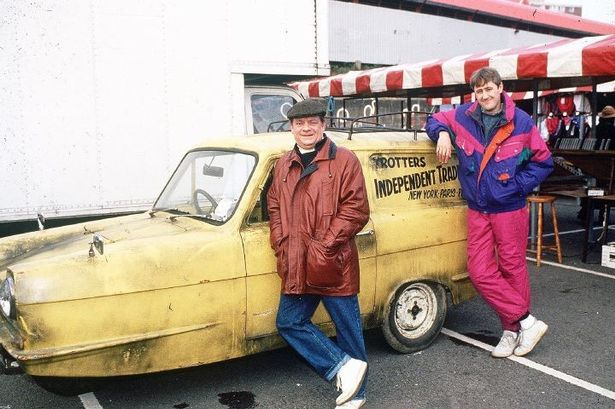 And that still had plenty of room for Rodney in the back.

I’m not that sure that vehicle isn’t a good option currently. During first parts of the game it’s a great option even with 3 soldiers and for many missions. Later It’s still a great option with 5 soldiers even compared to 8 soldiers, and again it depends of mission type.

I’d fix Tiamat speed a lot too slow. Is it really a big deal that PP planes become obsolete with faction stuff? I would suggest:

For the vehicle problems, I suggest:

I think the difference should be split and it should just be a flat 2 slots. That way the largest transport could field a squad of six plus a vehicle alone. Reducing the space by one is I think enough to boost their cost/benefit ratio into the green.

There might be a reason for this system though that makes sense: maybe there were at one point (or going to be) units that took/take up two slots so the system was made felxible to accomodate various unit “sizes” . If this is so, the system might more sense then dedicated slots as the later can get overly complicated with that (what unit is taking up which type of space and why)

Copied from the thread where, i think, alot of this chat started. Just a my ten pence; why not have a research project of ‘Manticor upgrade’ available from the begining which allows you to then build either a vehical coupling unit to allow for this underslug vehical slot or an extended crew module allowing for, say, another two to four troops at a reduced range and speed in the way you suggest. Maybe later upgrade projects can enhance range, speed etc. It does occur to me that this may come with the ‘Festering skies’ dlc.

Only chance that player will take vehicle to mission - make special vehicle slot on every aircraft. Even if vehicle take one slot from soldiers it will usless in compare to soldier.
And if you have special slot only for vehicle, it will be stupid not to take it with you