Hi,
hope this is not already reported: after I shot to an egg in the evil nest, my soldier got teleported back in the map (probably where he was covering few turns before). It happened 2 consecutive times with 2 different soldiers (both had the LMG if it help). In the image I have drown an arrow with the movement of the second soldier. First was more or less the same (same starting position, sligthly arrival different).
I’m running the game on a high end notebook, with CPU intel i7 8750H, 8Gb of RAM, GPU nvidia 1050, SSD (M.2, for O.S.) + HDD (where the game is installed) 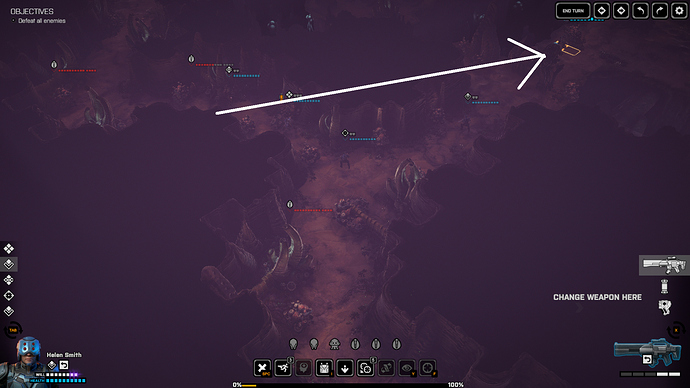 Its happened to me a few times. its seems to happen when they run out of ammo.

It just happened to me wth a technician: he took three shots at two crabmen, and he teleported back to the beginning (also a place where he took four/three shots at some eggs). I think it happened at least another time before this, with the same unit and the same final position, but the first time I thought I forgot him while advancing through the nest. 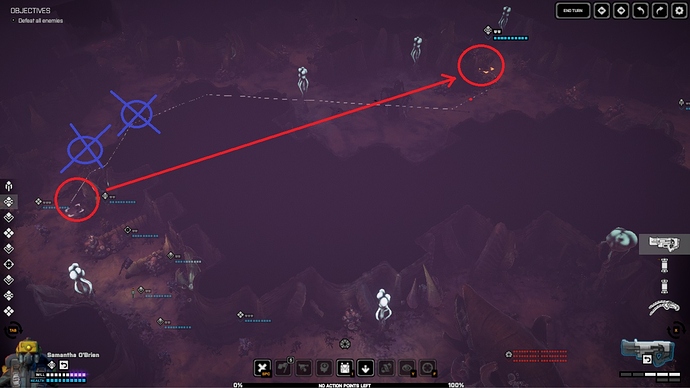 Tagging in @gamingmechanoid to take a look

It happened twice with a soldier, and once already with an alien: attacking, teleporting back to where it started moving.

this happened to me twice two alien bases. and one haven defence.

It happened to me as well, but I didn’t make a bug report. I used the technician to move to point-blank range of a heavy, then shot a mindfragger off of his face. The technician then got teleported. It may have been the position from which he started to move that turn, but I’m not sure. I’ll make a proper bug report if it happens again.

For me it was assault in scavenge mission. So this is not soldier class or type of mission dependent. It happened after use of Rapid Clearance when he run out of ammo. Teleported him to his position from beginning of the turn.

Exactly the same issue under the same conditions for me

I noticed this probably five times in a couple of missions Friday. One soldier had it happen three times in a row in an alien base. I’m not exactly sure about his ammo count, but there’s no way it was three empty clips. Later it was in a scavenging mission.

I’ll have to start paying closer attention to the exact circumstances.

Hey guys! So, this one was kind of insane for us to find. We couldn’t reproduce it and none of us at the studio had ever seen it happen. That’s because it was tied to several different systems. (camera + step out + animations)

The programmers applied a quick fix to it and it’s added to the patch. However, there are still some issues with the cameras that we’re taking a look at. I wouldn’t be surprised if some other version of this issue starts popping up.