Rescue mission target is bugged out, freezes the game when moved

Here is a video of the bug. I’ve tried restarting the game and computer multiple times. I even restarted the mission and he still bugs out.

Basically, whenever I go to move him, the pathing is clearly bugged in some way, and when I click to move him anywhere, the gif belows happens.

It is the Ravi Chaudri mission

Please advise on what I can do to fix this? The only key that is responsive on the keyboard is F12 submit bug, but if I try to submit it, it gets stuck uploading.

It sits still as in the gif for 5-10 mins doing nothing.

Apparently if one loads a saved game that was saved after the start of the mission, one is unable to move Ravi (sometime blue outline - others orange) - all movement choices are “X”. However, one does get a “Move” button. If one clicks on Move, the game locks up.

I also had save files (after evac’ing Ravi, but not my unit) that would lock up with an infinite “Loading” screen.

I did F12 bug report this earlier today.

the pathing is clearly bugged

I just this minute had exactly the same issue and had to go back quite a way from an old save to continue. it just locks the entire system and I have to force quite it if I try to move the hostage out. The sad part was I actually finished the mission made a huge mistake in the geoscape reloaded the quick save (this mission) and it just crashes, even though I had just completed it a few minutes ago? SO… I had to reload an even older save and now the AI has a hard on for my base and will not stop spam attacking the base… the entire thing may need to be restarted and it all started with this bug here…

Thank you, that did appear to be the issue, if I didn’t reload I was able to finish it.

Yeah I have the same problem with Ravi. 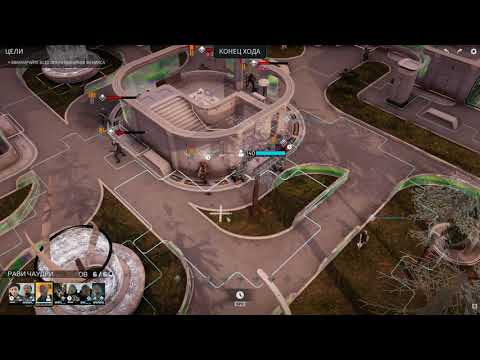 How do I get over it? Playing the whole mission without load?

Until they issue a patch/fix for it, yes (unfortunately).

Ok, just got over it successfully, it wasn’t so hard as I thought

Thanks for reporting. It will be part of a hotfix planned for today: