DESPITE YOUR LATEST PATCH: 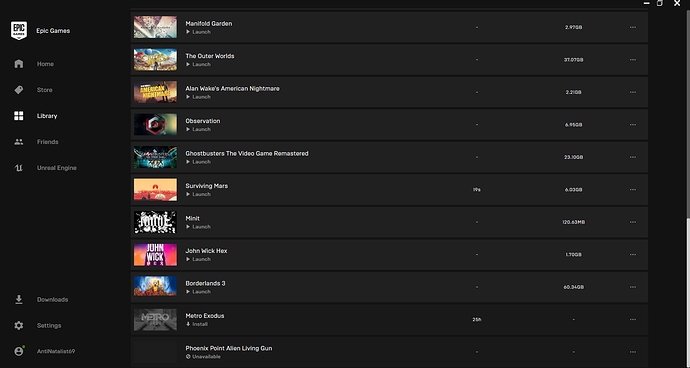 Hi, I purchased the DELUXE edition of Phoenix Point but for some reason in my library, the ‘Phoenix Point Allen Living Gun’ is marked as ‘unavailable’. Can you kindly help resolve this issue?

I cleared the webcache folder twice and reinstalled the game (TWICE NOW!) but the problem persists. Epic Games staff referred me here.

Does the DLC show in-game when you start a new game from the main menu?

In addition, could you let us know if you purchased your version directly from the Epic Games Store, or elsewhere?

As far as I’ve seen, you activate the living guns while IN game, when starting a new game with egs running. It doesn’t even show in my dlc list in the store pages or library (or at least didn’t a couple days ago).

quite true.this is how the in-game item should be displayed when starting a new game.after all in the legend and it was written DLC live weapons and armor in game item))