I completed my thrird playthrough playing LOTA/Necronomicon, this time I uploaded the mission to my YT channel:

I expect more from a final mission, and I know that changes are not coming soon, perhaps before Steam release, or maybe not

I would like (wishful thinking?) a complete new map/maps.
Using ideas from new Citadel and ancient sites.

Corridors, tunnels, Big Walls in the middle of the map, ground elevation with snipers taking cover, holes with real reinforcements coming from, Mist and Terror Sentinels, a lot more of Mist, many areas for ambush, because you bring 9 killers to the party and that Palace doesn’t have a chance right now.

And a final boss that actually can fight, Mark of the Void is hilarious with the current rate/amount of reinforcements. YE should use tentacles to attack or exude lethal substances around.

Complete overhaul, as you mentioned.

It is not a real challenge for me and pretty easy, I never failed this mission.
The first part is only a big slaughter festival, the second part a bit sniping and at the end filling the boss with as much bullets as I can in the shortest amount of turns.

Seems they finally fixed, unannounced the bug where I couldn’t get past that last door with my soldiers. Was an invisible barrier keeping them all out. But I could shoot into the last room, and deploy turrets.

still bugged in my original save. So I will test it out this week on Veteran as I hit that final mission.

I show this bug, end of part 1

You have to save and reload to move forward

No, the door is still bugged. Happened to me on my run earlier this week.

I shared the workaround in reddit, and it actually worked not just for me, for others, 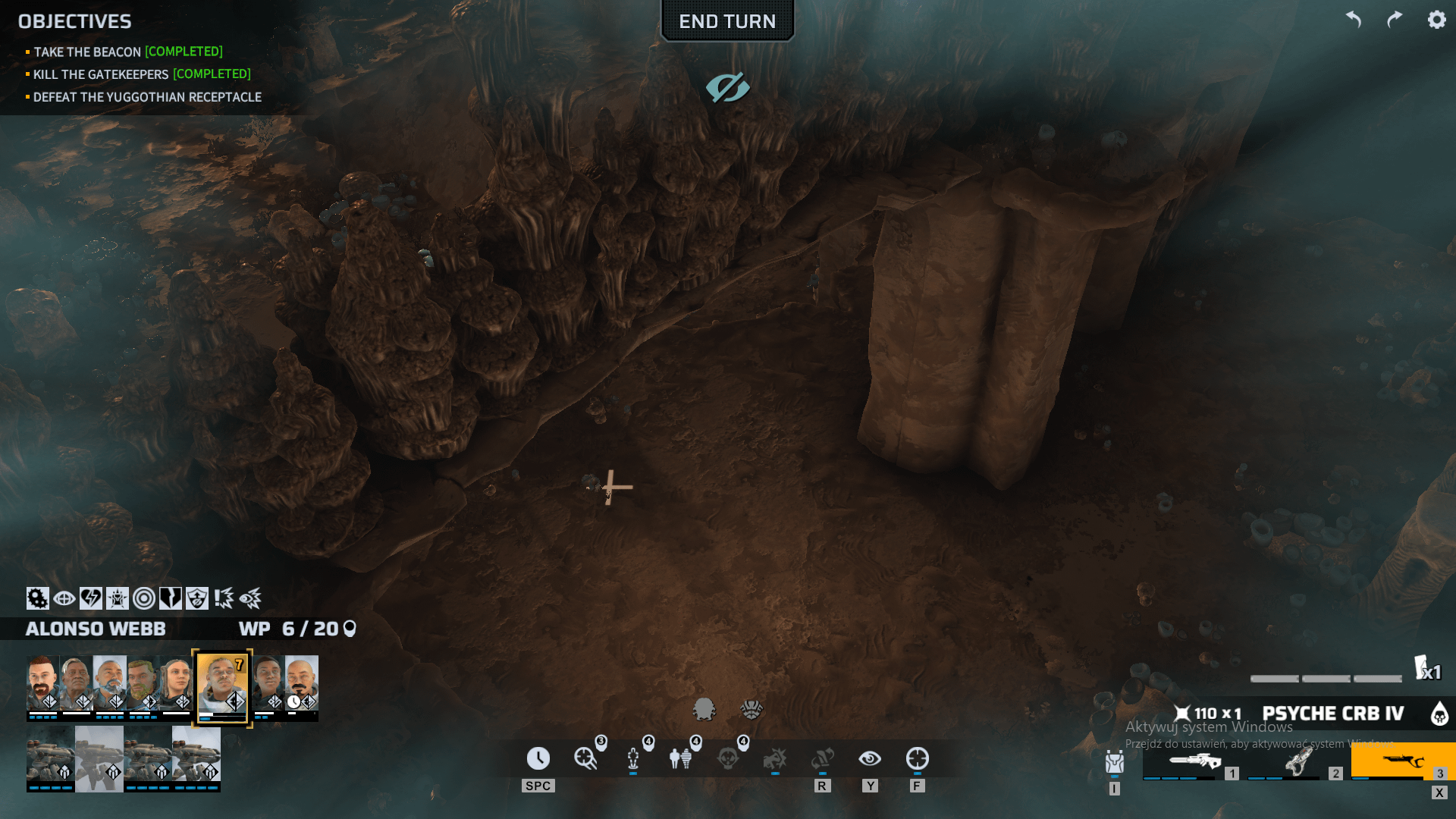 Ahhh, ok, I’ll try that next time. As it was I had my heavies JJ over, my tech with the bionic legs jump over, and the rest stood there and just put fire downrange with whatever they had, and the vessel just went down.

As it was I had my heavies JJ over, my tech with the bionic legs jump over, and the rest stood there and just put fire downrange with whatever they had, and the vessel just went down.

Well that is awkward in my case. Not even the Heavies could jump over the wall. Be it straight on. Or trying to go down and around.

Oh, no, I jumped like 3 spaces over the bad squares. The gate had disappeared, but pathfiding considered the open spaces impassable. The Jump functions allow you to bypass squares marked as impassable.

The Jump functions allow you to bypass squares marked as impassable.

Now that is very much interesting