lf you are having a hard time playing this game in late game like me because of the unbalanced enemy mechanics, unbalanced Mission mechanics or cannot make progress in the game because of other reason,since the game mechanics is not fair,why are we the only ones playing it fair,l hope this guide can help you make progress and make you start having fun again.

(Don’t tell unstableVoltage and Julian gollop about this,they will get salty and jealous about it just keep it between you and me) lol

My infiltrator build is a 100% stealth close range shotgun assault multi class build,l was able to do lone wolf in most missions killing those stupid enemies and destroy the spawnery in the lair with this build,if you are interested please continue reading 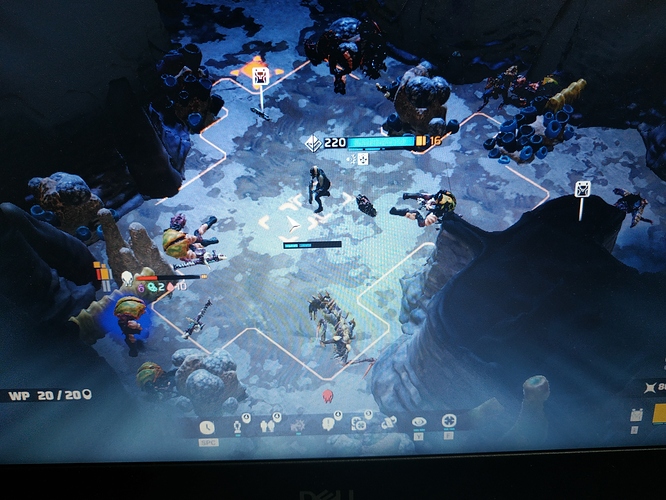 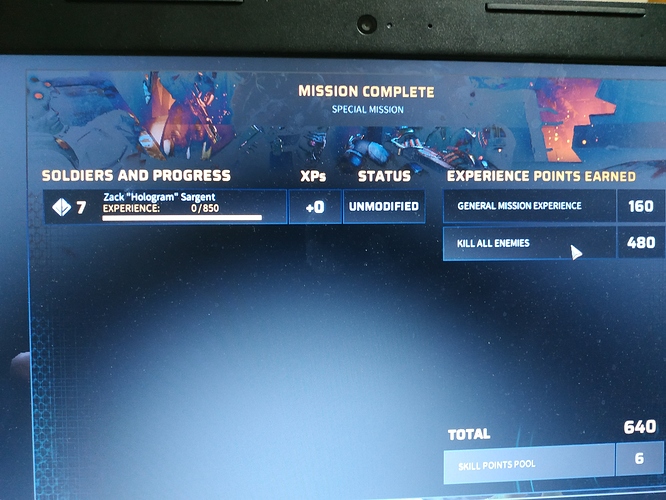 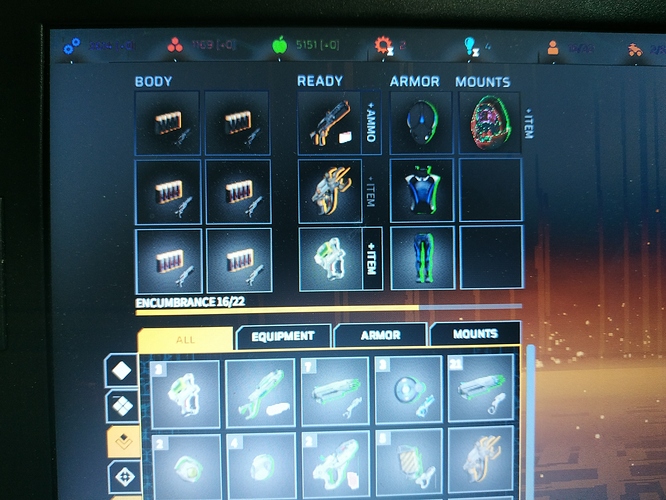 Content
1.how to recruit a inflitrator
2.how to reach 100% stealth
3.my perfect inflitrator build
4.inflitrator disadvantage, enemy target priority(the list)
5. Avoid those no matter what

Basic:What is a 100% stealth infiltrator means?

lt means that your infiltrator will never be revealed on the map and become a target of the ground unit enemy that is using weapons and melee attack,but lt will alert them into your position,once you start firing and keep moving around your infiltrator,Also there are some enemies you still need to be careful of.(list in 4.2)

1.(How to recruit a infiltrator?)

If you have a random solider with the thief perk,you can try to convert it into a inflitrator by pasting over 50 relationship in synedrion diplomacy to unlock the styx armor and the inflitrator double class training research project as a gift from synedrion for the new class ability and the armor to have a inflitrator

Of course,there are more ways to obtain the styx armor and the research to build a inflitrator,this is my knowledge for now

l know you must be curious,here is how:

the infiltrator has a base of 25% stealth in the start plus the already equipped styx armor provide 50% stealth,so a normal infiltrator with the armor should have 75% stealth,the remaining 25% is from a rare ability call thief,it give you a extra 25% stealth but since it is a rare ability,so you may have to load a few times of your save file to recruit the exact right one with the thief ability from the synedrion heaven 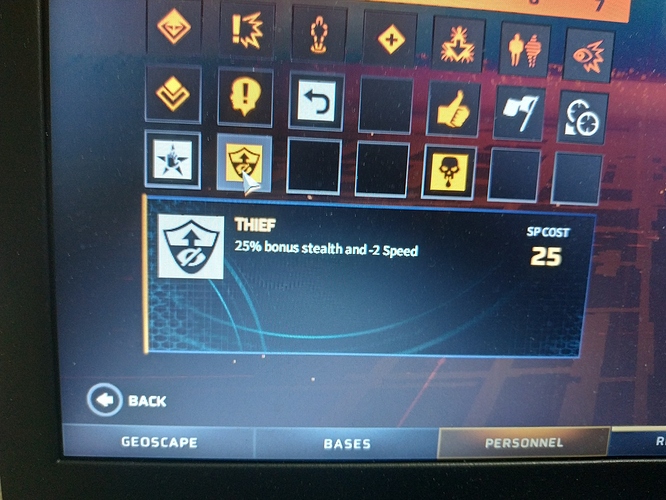 3.(let me introduce you my perfect infiltrator build)(weapon, ability,perks,multi class,sp points build and some useful combination)

3.1 (Important abilities and perks):
There are three ability that l found is the most important for your infiltrator in 100% stealth:

1.surprise attack
lt deal 3 times the damage if you fire to the enemy from behind,this should be easy to get behind the enemy back,since you are in 100% stealth

3.2 (The best weapon for infiltrator)

3.2.1.The best weapon is not the poison crossbow

Don’t use the poison crossbow because it had a limited ammo capacity of three,you will run out of ammo quickly,if you want your infiltrator to lone wolf a mission

3.2.2.(The best weapon is the phoenix point mercy SG3 shotgun)(ignore the not proficient sign)

Because it is a close range combat weapon,since your infiltrator are 100% stealth,lt should be easy to sneak up on them and a put a shotgun on their head,each bullet deal 40 damage and with the surprise attack and the sneak attack perks at the same time,it can one shot most of the enemy,a Chiron should take 2 shots to kill on the battlefield.

Each shotgun magazine have 6 shots

3.3.3 (the Best multi class for infiltrator is the assault class for now)

Dash can let you get closer to your enemy

let you reload your shotgun for free action

3.3.4 (My best combination is dash+rapid clearance)

When your infiltrator open fire from the shotgun,it will alert all the enemies into your position,when they are close to you,use rapid clearance to recover action point to clear as much enemy as possible then use dash to get closer to the other enemy,this should wipe out any enemy that is close to you in one turn

Since my infiltrator build is a close range unit,l suggest you to spend more points on willpower to perform more special ability and speed so you can move closer and quicker near the enemy.

After you learn how to build the perfect inflitrator,lt doesn’t mean you can just go rampage to kill everything in your path.

When you enter the map always remember to kill those priority target first and keep a eye out on them,before they are alerted, otherwise they may kill your infiltrator or cause some annoyance.(The priority list is in 4.2)

When there are multiple priority target on the battlefield,you can use vanish ability to disappear from the view for one turn after you kill your first priority targrt,so the other priority enemy won’t get alerted and target you,then you can quickly approach them using dash and eliminate them

4.2(Here is a List of dangerous and annoying enemies priority target list)
(you will need to take out first)

When you alert a Chiron it will immediately fire upon on you for some unknown reason,the goo Chiron make your inflitrator immoblise for a period of time,but the explosive bomb abdomen chiron can deal actual damage from it’s bombs,if the bombs land accurate enough it can kill the infiltrator immediately,be careful of those worms Chiron,because they can launch worms that are deadly to the inflitrator

5.(Avoid these no matter what)

1.Going into the mist

Going near unhatched eggs will alert all the enemies into your position for some unknown reason,the worst is there must be at least one chiron and a few sirens in the lair

3.shoot the terror sentinel in the lair

4.rush to the final boss alone

For some reason,the final boss have psychic ability that deal over 100 damage to your inflitrator even in 100% stealth,this is where I am struck in

If they do care about this game by doing the update and fix the unfair game mechanics,it means l don’t need to use and depend on this build anymore in order to make progress and have fun in the game,but if they just ignore the problem,don’t worry lt means they will never remove this and nerf this build,l will continue to use this build and recommend you to use it

So,here is my tips,ideas and build,what do you think about it,you can share your infiltrator build or tips with me if you want 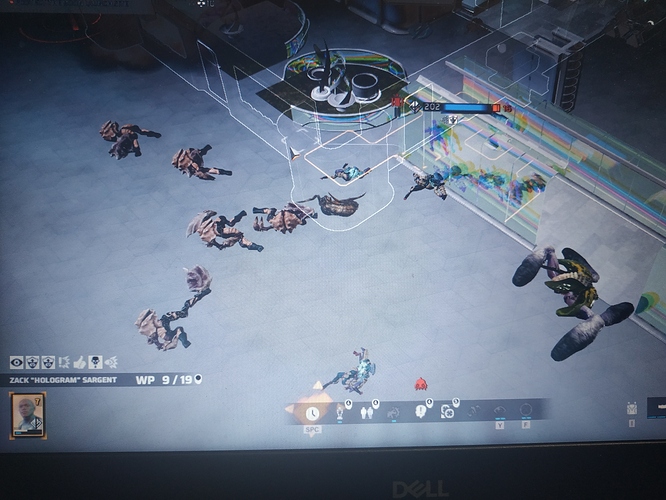 That’s alot of text for something quite easy to figure

I run only stealth squads now. Any infiltrator with 25% stealth bonus perk will be assault, the rest sniper. Quite a breeze. The only thing to watch out for is AoE artillery and mist machines. I think stealth mechanic needs a revision.

You stopping yourself from playing the game, on you.

Is Engineer OP though? xD

Oh, I guess they have the infinite attack thing.

That’s alot of text for something quite easy to figure

I run only stealth squads now. Any infiltrator with 25% stealth bonus perk will be assault, the rest sniper. Quite a breeze. The only thing to watch out for is AoE artillery and mist machines. I think stealth mechanic needs a revision.

I think stealth is a false good idea for combats. Either it’s hard to control and merge well with combats but then is frustrating for most players because it’s not a safe tool. Either it will break any combat design.

Have some discretion elements, is good but up to a stealth gameplay isn’t matching combats. And for stealth combats it ends be too basic.

I don’t know. I finished that particular game and it was a cake walk till the end. If it works well it’s a pretty “good idea” in my books. Obviously you do still need damage to get rid of AoE artillery quickly… which Stealth Snipers and New Jerico weapons provided plenty of.

You stopping yourself from playing the game, on you.

So me playing through the game with a certain strategy of my choosing is “stopping myself from playing the game” ? You gotta explain that one xD

Do you think the final mission ( the palace) was too difficult because the game spawn too many enemies in the front gate at the same time?

No it was difficult because of this stupid permanent dot debuff that the dude applies every round on someone else, ignoring stealth, LOS and distance. Here the enemy cheesed for once. It was doable when I realized I need to rush it.

Sorry,l don’t understand what you are talking about,since l was in stealth the whole time,are you talking about the final boss yuggothian entity ability

The Gate Keepers were easy.

What is more important you need to steal Infiltrator tech from Synedrion to be able to train more of your soldiers as infiltrators.

1.surprise attack
lt deal 3 times the damage if you fire to the enemy from behind,this should be easy to get behind the enemy back,since you are in 100% stealth

I suppose you mean by that early in the game. If you plan to dual-class into assault then soldier will become proficient eventually. And there are better shotguns than Mercy.

What’s sure is I got elite troops bellow 25 attitude but not infiltrators.

What is more important you need to steal Infiltrator tech from Synedrion to be able to train more of your soldiers as infiltrators.

Exactly, I was able to get Infiltrator while raiding Synderion left and right. I think, that what is needed is for them to research Infiltrator class tech and then it can appear in elite training center.