Chronicles of Phoenix Point and the Havens of Synedrion

Been thinking of starting a Synedrion campaign when Legacy finally hits. So just thinking on how I’d build my 4-man teams. (I’ll miss those invisible snipers now that the rifles aren’t silent and we’ll have nothing to do with anything bionic!)(Hmmm…do Synedrion recruits come with bionics? Or WILL they in the Legacy update?)

So, any suggestions are welcome. I’ve never really focused on bows before, so will see how that goes. The idea of using them and staying concealed in interesting.

Heavy/Infiltrator: get in close unseen and then unleash…could be entertaining

I suppose both assaults also infiltrators…
Maybe just leave sniper as sniper, but will see…

Of course, Anu must be handled carefully and those NJ bullies need to be put in their place. No point stealing their crappy ships but maybe some tech. Can we survive no armour break??? Maybe TWO heavy/infiltrators…

They do after they have researched their specific bionic tech.

Infiltrators alone are nice as long as you can stay concealed. Both crossbows are good when you can manage to get the double damage bonus, they only ‘cost’ 1 AP to fire. Spider drones are funny and nice to distract or spot ahead. Mixed with Technician will give you control over the drones, but this will be also a base ability for Infiltrators in a future update.

The Echo Head and such was Synedrion tech? It’s been a while and sometimes that stuff just pops up and I don’t notice who it comes from!

Yep, the Echo head is a synedrion bionic augmentation and makes all weapons silent.

We found the base in the foothills east of the mountains in central South America, amid tangled vines and small creatures. Seemingly a secluded place to start saving the world and humanity. 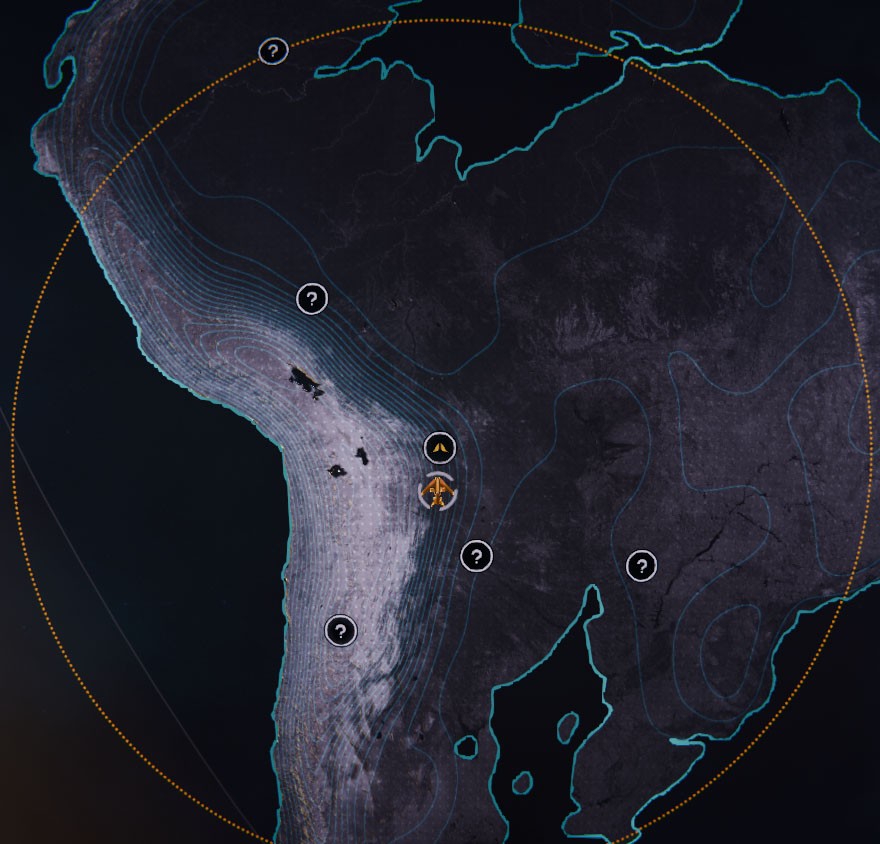 We’ve made contact with a couple Synedrion havens. Uncovered the first known mist area. Completed a scavenging mission against scavengers (netted 100 food only but lots of experience AND a set of assault leg armour). Stopping back at base long enough to recover stamina (not healing) and then heading north to a couple rumoured sites. 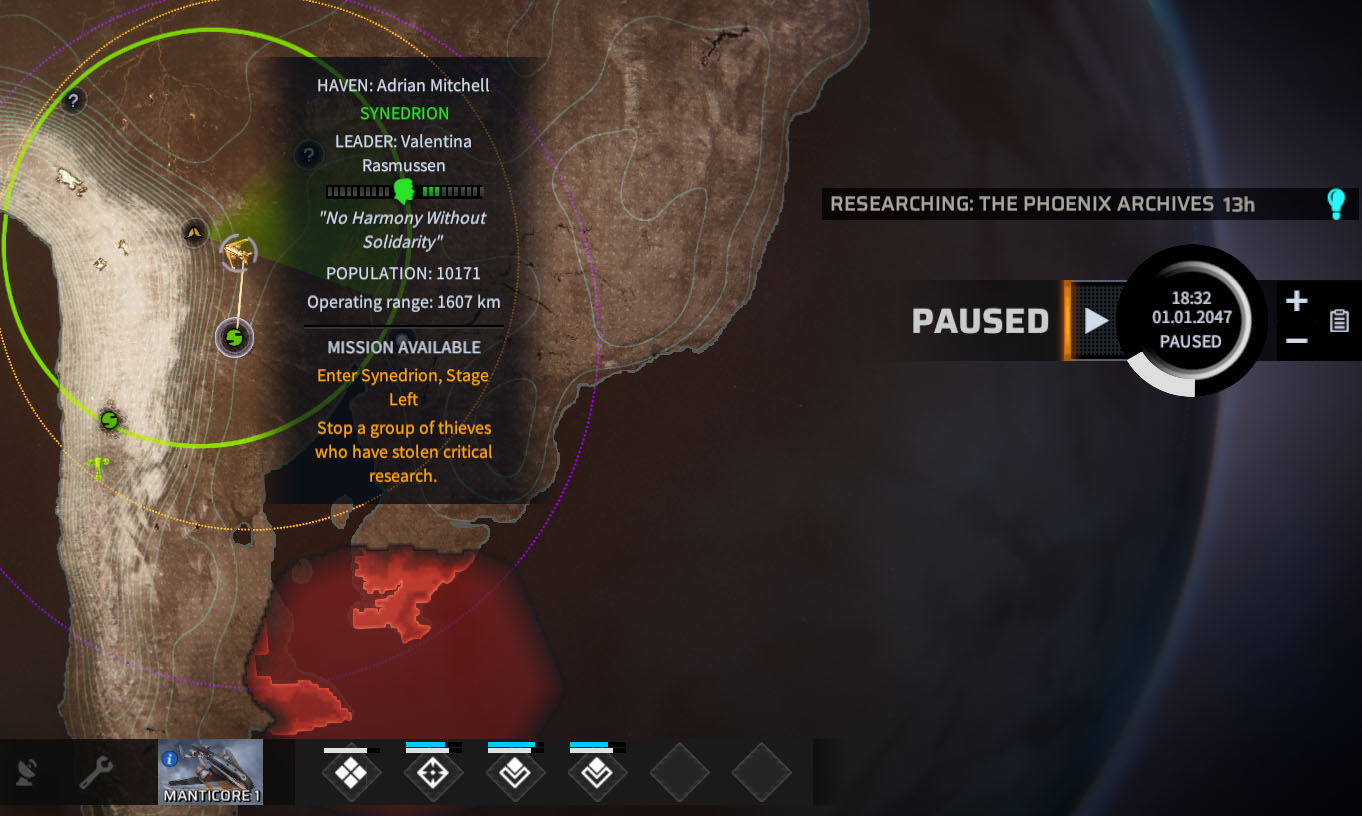 [And the other Synedrion haven there: https://en.wikipedia.org/wiki/Pocahontas] 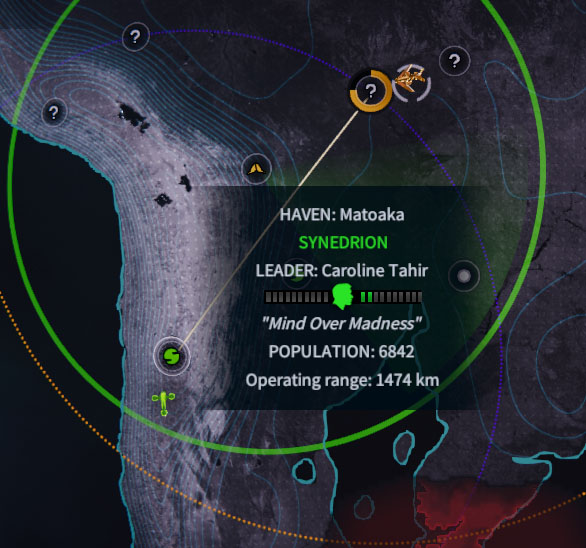 We uncover a couple Anu havens to the east. They’ll be prime targets for raids a bit later. The initial scan completes so we decide on scanning further south since that’s where the mist is located. The next Phoenix base could be down south or on the east bulge or somewhere up north. We’ll see. 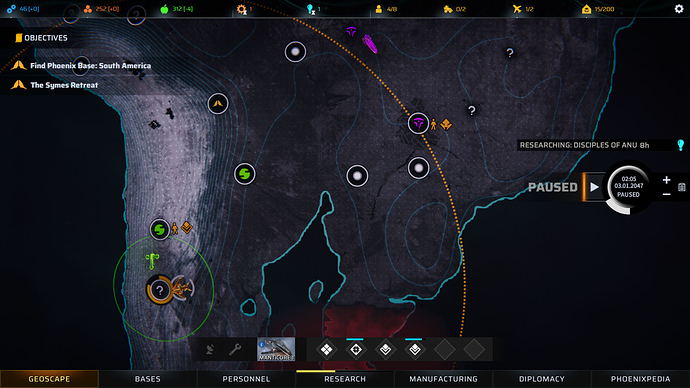 Researching Anu gives us enough food to recruit the assault at the nearby haven then we head north to explore near the coast. Another two Synedrion havens are uncovered and some trading gains us a Synedrion siper. It will be a while before the sniper has a rifle. At Phoenix Point, construction of a manufacturing centre is begun.

The havens up north of Phoenix Point: 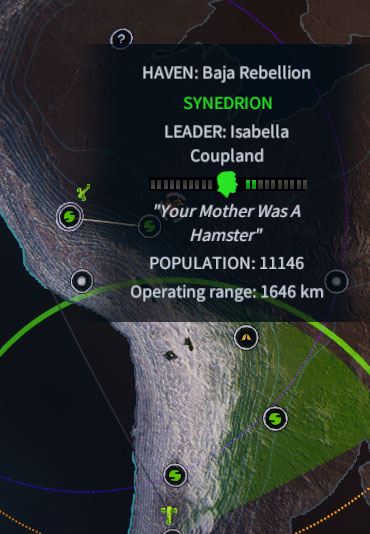 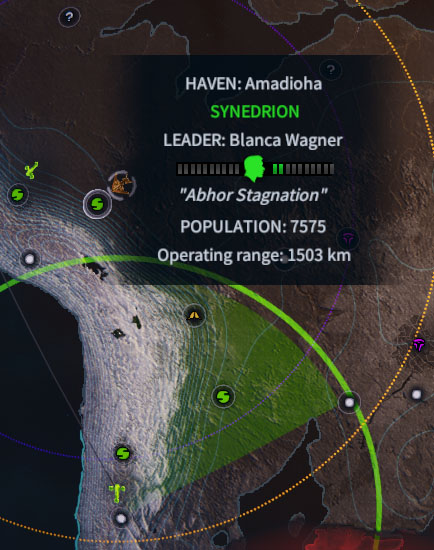 We head south since the 2nd scan will be finishing. A minor event and another Synedrion haven. (Not googling this one!

Start the 3rd scan down there to finish off exploration of the southern tip. 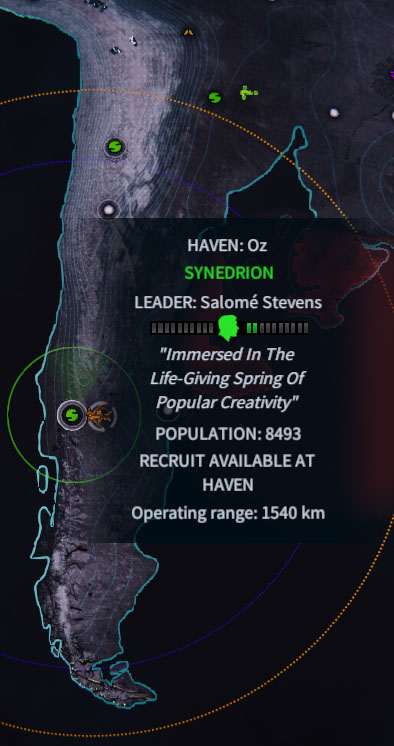 At the very southern tip we are ambushed and finally see some Pandorans for the first time. The sniper gained her rifle but no armour. The 3rd assault is just missing a helmet. Everyone level 1! 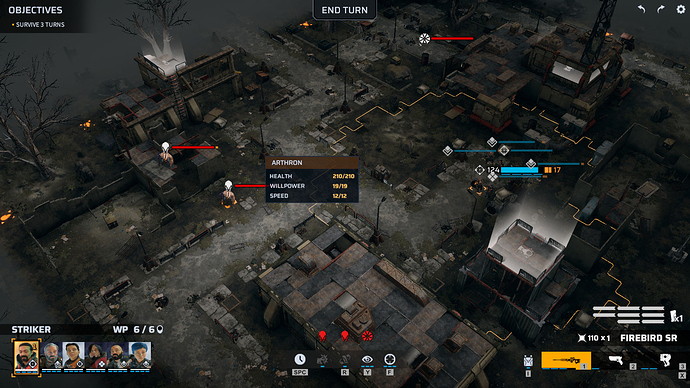 Survived the ambush, but not without some challenge. Ol’ Blathergut there took quite a few viral rounds and panicked a couple turns in a row, leaving himself, to quote PP, ‘exposed.’ It took a couple health paks from buddies to keep him alive long enough to snap out of it and make it to the evac. A couple level ups happened.

We decided to assist the Pure; not sure why, beyond it lets us hit NJ (that’s the only known haven so far). Off to there now. It should be easy. Blathergut got his dash promotion and that should do us. 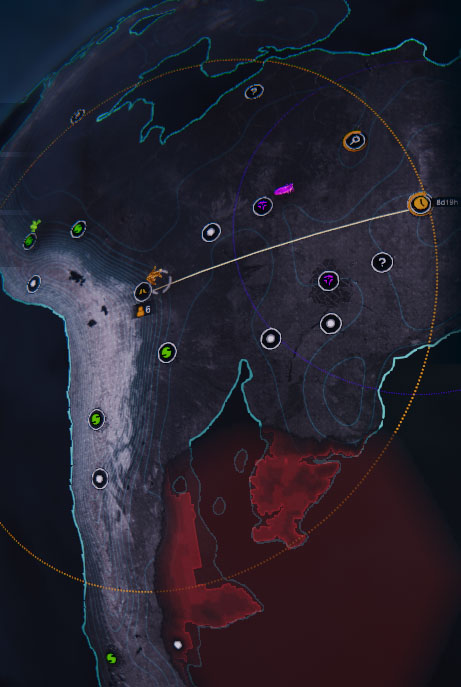