In my game there is a large island that does not exist on our planet, but clearly in PP. Does anyone know what it’s for? I haven’t had a mission to go there, and isn’t possible to scan it or get to it. I believe it appeared with the newest DLC. 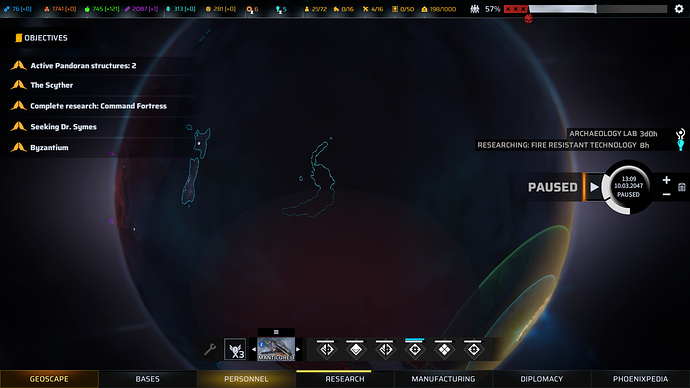 I suspect the Sectoid_br is correct. Noticed this the 1st time I played PP months ago, and thought, Terror from Below add on?

Playing on earth is kinda bad for all ufo games in general. The map coverage is horrible with omni radars and our water surface is like 75% ish, so not much place to fight over for. There isn’t a SINGLE ufo type game that utilize the water, but there is ONLY ONE ufo type game that plays on another planet for probably this reason (ufo extraterestrials, and they second game going to use the water too)

My first thought when I saw the title was “That’s Australia, dude. Ain’t hidden.”

I’d honestly just passed that off as the Chathams with a serious scale problem, but looking at them now, the shapes don’t align at all. Hopefully something neat, still to come…