I know there had been several bugs concerning reloads, but I think I encountered something new. In the final mission, my heavy trooper (Adrian Alvizo) is unable to reload the Hel II Canon. The game says “No ammo in inventory” even though I have one clip there. I tried dropping and re-picking the ammo and weapons, but nothing helped. Here is a savegame from version 1.0.56617 with the bug:

And it seems I’m not the only one who encountered this:

I have one clip there.

Yes I think you will find this clip is empty! It is quite annoying actually I have had this happen, but you need to check EVERY single clip before you start a mission as it is often only half full or only one (or nothing) in it! If it is empty it should not be there end of, but it is… Also they should auto fill the clips after missions having to do this check every time is painful and time wating. So yes it is a bug…

Damn, you’re right, the clip is empty! It was already empty even before I launched the mission. But when I grabbed and moved the clip to another body inventory slot, it got magically refilled. And there is another thing: there is a small number “2” in the top left corner in the bugged clip, but it disappeared after I moved it to the other slot. These numbers in body inventory actually appear quite often, every 5 missions or so. Edit: I checked some old savegames and it seems whenever the small number appears, the clip is empty. 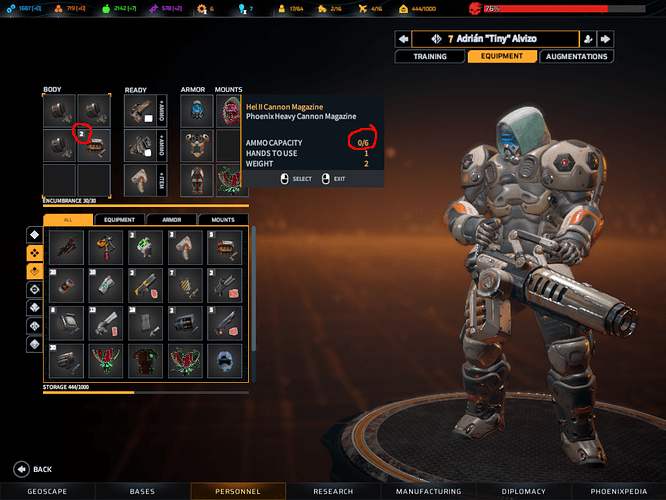 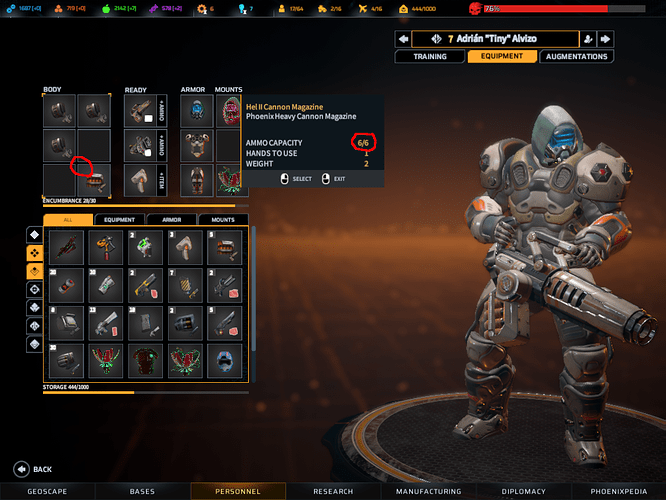 Yes game sometimes counts empty clips. Probably some problem with merging few half-empty magazines into one full magazine (and removal of those empty).

Yes it has the number in the corner because it has that many “part filled or empty clips” in that slot. What you need to do “every mission” is check the clips as well as the guns! When you have an empty or part filled mag is leave it there and buy more amo, then the full one will appear in your storage (or on your man) and then move the pat filled or empty one back to the storage and it will be used to top up next time, you may have to do this several times before you get a full one! But if you just move and buy amo it will just put the empty one back n your pack so leave it there till you sort the mags out…

Enjoy! I got caught out in battle with this once and never again! It is tedious but I am sure they will fix it?