In the mission defending the synedron refuge, during the panderium phase, one soldier uses the skill “return fire”. the shot kills the last ennemy on the mission. At this time, the game freezes.

Thanks for your effort, Denis CLOUARD.

P.S : This is my favorite game, I find again the same feelings when i play the old X-COM.

I killed an enemy last night who I think had return fire itself with a return fire shot and the same thing happened. I think it might’ve been stuck waiting for the crabman to take another return fire shot. First game stopping issue I’ve had with the game. I reported it via F12.

I got this bug four times yesterday. Enemy does not have to be the last enemy in the map to cause freezing. My latest freeze happened when the enemy was shot in overwatch mode, but that did not kill it, it moved and shot back and that triggered return fire that killed the enemy and caused freezing. I hope that the game would autosave after every turn and keep 2-3 latest turn saves, so player would not lose so much time if a bug completely freezes the game.

I got a similar crash with return fire:

As others have stated here, I get the same “lockup” when return fire kills an enemy. It does not have to be the last enemy on the map. The application does not drop to debug, and camera controls continue to function. However, the game stops calculating enemy movement. I’ve let this run for up to 15 minutes with no continued response from the game before force-quitting the application and re-loading a save.

The game seemed to have fixed the issue with the latest patch, but…

I got to the NJ Fortress mission and the game locked up again with all the NJ troops shooting the Pandys. The turn couldn’t finish the NJ troop turn. I reported the bug with F12. The return fire bug seems fixed or patch on normal missions. 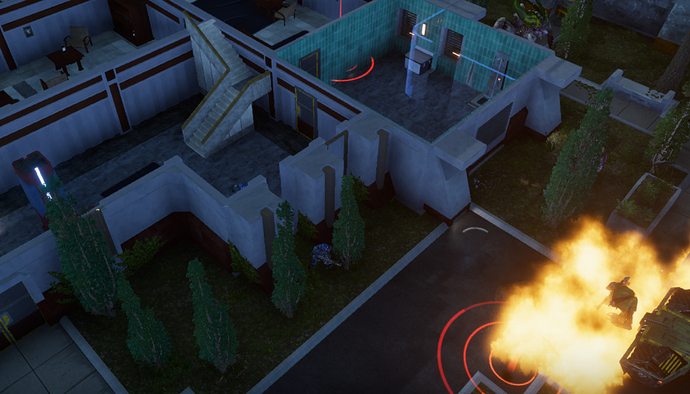 The issue is NOT fixed, just got game froze when killing the enemy by return fire , this time with sniper.
Very disappointing, although after last patch game become much more stabele.