For the "It's just 1 more icon" argument 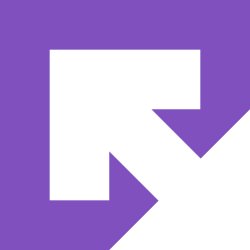 r/PhoenixPoint - Fantastic forum post from an Indy Dev explaining why these...

I wonder if Julian or even a lot of the devs realized how many problems Epic had. I myself didn’t know a lot about this stuff when it first came up. At first, I was just annoyed because I didn’t want to go through another launcher, but god damn, reading up on the Epic Games thing, it has so much sleazy spying crap associated with it I wouldn’t touch it even if you paid me. From some of their responses on the Discord, it seems like folks like Dante and Atanasov might not have known about this stuff either.

The people you’re trying to reach don’t care at all about the underlying issues.
It’s the equivalent of someone screaming NANANANANANA I CANT HEAR YOU!!


Same thing can be said of this video that explains the benefits of Epic competing with Steam and why they’re reliant on exclusive titles to make it work.
Finitethrills March 14, 2019, 2:54am #4

Seems like someone above got reached at least. Sadly you can’t compete with a badass pizza joint by tying me to a chair and force feeding me a shit sandwich after I paid for a slice. I mean you got my money, but you’re still not competing with the good place. If you want to compete with a sports car maker, you do it by making a better sports car, or by making an equivalent one at a better price. You can’t do it by making a small commuter car with no power and having a few towns ban any other car company there. You can certainly do the first thing while offering engine makers a deal to put theirs in your car. Incentives are fine. Forcing AMG to only put their engines into an AMC Pacer isn’t going to fight Aston Martin. I’m out of analogies. My brain isn’t firing.

For the amount of profit steam is taking from devs it would be unacceptable if they wouldn’t be able to provide quality. Their bussines model is growing a cultlike fanbase and forcing devs to use their platform if they want any recognition because a large part of the gaming community actively despises devs for not launching on steam. It’s like they have a personal army to do their bidding, it’s genious really and they get praised for putting in minimal amount of effort compared to the heaps of cash they’re raking in.

I know it seems like i’m constantly defending Epic but i’m just a bit tired of hearing the same one sided arguments, the issues surrounding Epic have been copy pasted all over the place and are very well known, all of this isn’t anything new so i’m fine with playing devil’s advocate for the sake of context.

I’m just hoping people would put in a bit more effort in trying to see both sides. In the long run i’m positive this controversy will end up incentivizing steam to do even better when more and more publishers and devs abandon it.

I don’t really see Steam as the “good guys” or anything, but they are still the high water mark to beat. If they’re putting in so little effort, it shouldn’t be hard for someone to create an equivalent product. Yet no one really has. GoG has done a decent job, even though it’s not quite there. You’re right that this will push Steam in some sort of action. Great if they decide to offer all devs a better cut. Not so great if they decide to “compete” with Epic by pushing their own exclusives though.

I think it’s somewhat disingenuous downplaying the amount of work and resources Valve has invested in Steam, though. They have done TONS of work to the platform since its inception, and they are heavily invested in it being relevant. And yes, these days, they tend to coast a bit until twitch or discord pokes them.

I just cannot say that Epic is or even deserves to be competition to Steam. Instead of creati g any sort of equivalent product, they have made a half assed company launcher and are trying to strong arm people into using it… To what end? It’s not to compete with steam. If it was, it would be at least a semi-attractive alternative. No, the Epic Game Store is epic games capitalizing on their current fame. They’re using exclusives because they know they can push people into buying stuff there NOW. It’s just another quick cash grab.

Valve is not a benevolent overlord, but they filled a niche that had no real representation at the time and built it into a very functional and useful store front/launcher with a huge number of features. They absolutely deserve to be at the top right now. Hell, Steam was probably going to make it still easy for Linux folks to play this because of their feature set.

I can support competition. I can’t support demonizing one corporate entity and holding up whatever just crawled out of a lagoon as a legitimate option, though. Steam did pull some genius and possibly somewhat shady moves in there. One of those was making sure they had enough on offer that by the time anyone figured out they might want a piece of their pie, most folks would have a massive library they weren’t willing to abandon. All I see from epic though is shady moves being backed up by shadier moves.

And it really doesn’t help that I consider “exclusives”, whether timed or not, to be the height of corporate bullshit in the consumer world. It’s why I haven’t bought a console since the days of the ps2. They can keep that BS and choke on it. The very last place I want to see it is in the PC market.

There’s no reason for users to switch platforms because as you’ve mentioned steam is still king. They were the first to venture into setting up an online sales platform by using the revenue from half life to pay off AAA developers just so they could sneak their adware on physical disks which would be unacceptable in this day and age.

That’s where Epic comes in, they have some leverage because they own the UE4 license.
Dropping the revenue cut to 12% instead of steams 30% and also waiving the license fee for devs using the UE4 engine is just too good to pass up. They also have a massive userbase already from the success of fortnite. Ofcourse there’s no point in competing if they can’t draw in players from Steam which is why they’ve decided to give publishers a deal that’s too good to pass up in exchange for exclusivity.

People can hate Epic Games as much as they want but like it or not they have a very solid plan unlike any other online platform and it seems they have a very good chance at bringing Steam down a notch. The excusivity deals play a key factor in this. I also wouldn’t underestimate the amount of people that don’t care about the Epic controversy at all giving the success they have with Fortnite. The only people voicing their concerns are the ones passionate enough about it, and those jumping on the bandwagon to fit in without knowing what the fuck their talking about.

I dislike steam so i don’t use it, the only game i’ve played from the Epic launcher was paragon which they themselves developped. The fact that i’m now having to abandon small studios i’ve supported leaves a bad taste in my mouth aswell but i can’t blame Snapshot when they at least have the decency to offer a refund. This isn’t over yet and if i were to guess any developper using UE4 will make the switch to Epic exclusive until Steam caves in and starts giving indie devs better deals.

I see where you’re coming from. I just don’t agree thst Epic has a solid plan. I feel like any competition for steam has to start at the library. Uplay had the right idea (any Ubi game you own on steam is added to Uplay for free). A true competitor with steam needs to a) allow you to launch steam games through it seamlessly as well as being able to show your stwam library natively, and b) ideally, work out as many deal as possible to allow stwam owners to redeem on your platform for no cost.

After that, you need to be able to offer a feature set that is competitive to Steam, even if it isn’t identical.

And then you need to have a marketing plan to draw people to your platform.

Seems like epic just skipped to #3 and is hoping that it’ll be enough.

They have a plan, it just sounds like a really shitty one to me.

I also applaud your hoping this is more an engine for change than just a kick in the shins for steam.

Also, doesn’t it seem odd that PP gets an exclusivity deal and aren’t even using UE? Are the other exclusives using UE or are they using Unity or something else? It may point to some interesting plotting on Epic’s part if they’re getting non UE games locked into exclusives while banking on the UE discounts to bring those games to the table.