l am playing on easy mode,l used to think this game is still possible to play in late game even the unbalanced enemy mechanics,the unfair Mission mechanics or the limited crap research that limit me in it destroying my gameplay experience,l even thought l can get away with it with my broken stealth build,so l can see the ending,l have been waiting for 2 years,l was very wrong about it

l am now very disappointed,they didn’t just released a unbalanced and a unfinished game,they have released a unplayable game torturing my soul with a unbeatable, overpower boss,a deadly beast whatever you want to call it,it is impossible to beat,even for me in easy mode,not to mention the unfair gatekeeper enemy spawn together 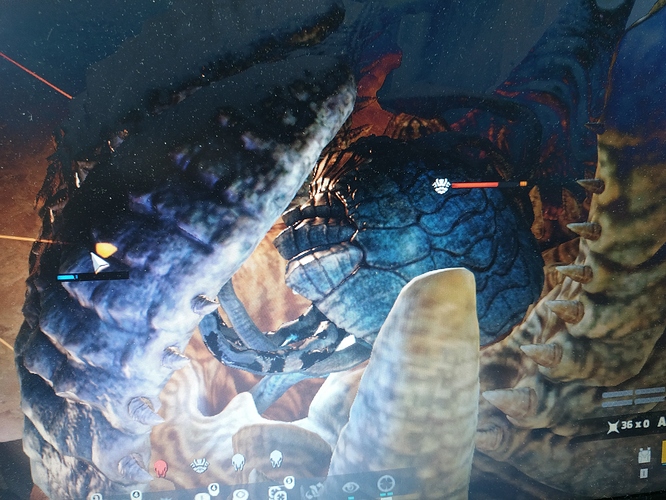 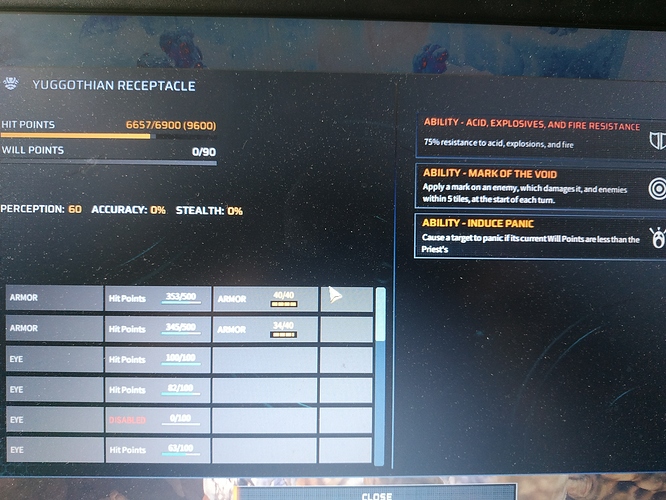 Here is the unbalanced problem:

The boss are equipped with 3 or 4 tentacles walls that can block your bullet since the map is in open space,ln the beginning of the boss fight,after you kill the gatekeeper,the boss will only you use 2 tentacles wall to block your bullet, leaving one spot for you to hit it,so l can use my snipers to do long range attack. 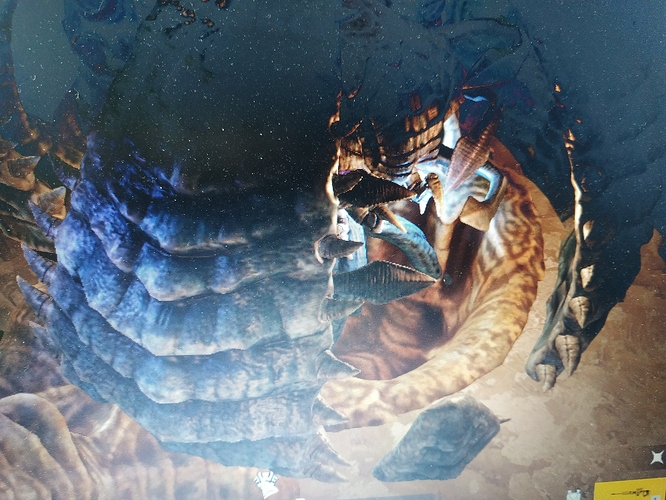 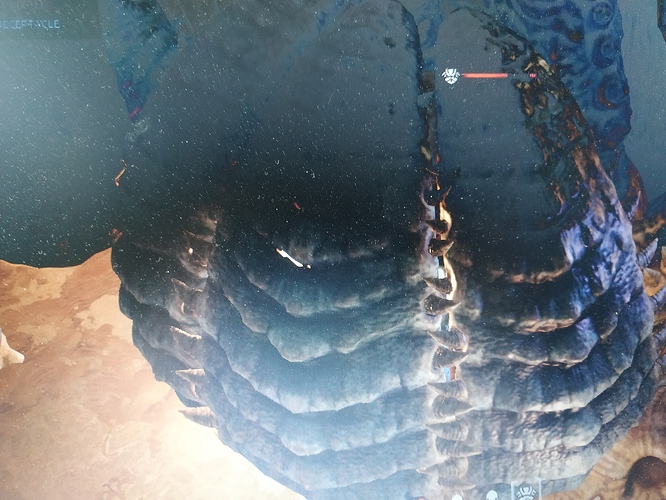 But for some reason,after l use my sniper rifle to hit it for a while,it put all of the shield in front of it afterwards,so l can’t hit it with my sniper rifle,since l cannot do long range shoot anymore,my only choice left is to advance to flank it,so here come the second problem

l was thinking to myself fine,since l can’t hit you from long range,at least l can still do damage in close distance right,l was wrong again

2.the broken op ability (mark of the void)

if you remember my overpower explosive bomb abdomen forum,you will know how poor the developer design the enemy mechanics in this game is,it happens again

Before l can advance and approach and flank position,this ability wiped my squad out,plus since the boss have a lot hp,l don’t know if my firepower will kill the boss faster than this ability kill all my squad members

What this ability do is,the boss use some psychic ability to deal a 60 damages to your troops in a circle radius,no cooldown,no showing where the hit radius is,no one round to evade,when your squad members got marked,anyone in the circle radius must take damage,even worst,the only place to hide is in front of the front gate,plus since they are spawners everywhere behind the gate, the crabman can spawn behind you and open fire immediately 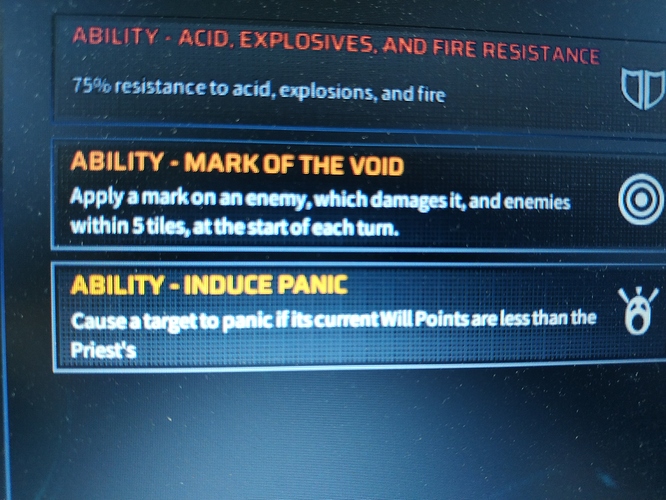 l hope they fix this by lowing one of the tentacles wall so we can hit it and give us a one round to evade the mark of void and showing where the mark of void circle radius will hit,like the codex Mechanics in xcom 2

If anyone can give me any tips or the ending cinematics,l would be grateful, otherwise l am coming back after half a year waiting the new update

i think all you need are few heavies-snipers with Hell2 cannons and Rage Burst… maybe another one with perk that removes armor, and mark for death… and i guarantee you this thing will die in single turn…

For some reason,non of my 5 snipers have the rage burst ability even l have the multi assault class build on them,don’t think of hell cannon that think is deadly once you enter the gate

l think you are saying the sniper+rage burst ability,l guess I need to restart the game which is something l am not going to do after 72 hours of gameplay,let’s hope they will never Nerf the rage burst ability

or just hire few snipers, put them into your “training base” to get level 7, then cross-train them with Heavy to get Rage Burst… and replay the mission.

Good idea and thanks, although this is kinda frustrating that l have to go back but at least l dont need to restart the game and play again

How did you kill the gatekeepers? There’s like 30 of them and they all aggro you at the same time : /

luckily l wrote a guide for you guys:How to defeat the unbalanced and beyond overpower final boss guide(my only way)(spoiler alert)

Good luck on your journey

Lol dificult ? you can pretty much kill it in 1 turn, my sadnest is that you need almost all sniper/heavys to do it mark of death and rage burst GG he won’t have time to put the wall up , for the trash someone with rapid clerance GG

How did you kill the gatekeepers? There’s like 30 of them and they all aggro you at the same time : /

One easy way: overwatch-camp close to the starting point far enough from the corner to be outside of grenade launcher range, send an infiltrator or assault to aggro the gatekeepers and hide/run away (I used a sniper-infiltrator to headcap 2 sirens in the opening round, and then did some potshots at the chirons from the far corner without being detected). Let them come, kill everything that crosses the corner, then slowly creep forward (keeping as far away from the corner as possible to keep distance) and kill the rest. If all goes well, you’d kill everyone without even being fired at (excluding the fire worms, of course… but those often miss due to the tall wall, and are easy to kill of each round anyway)

Hmm … so far beaten him with a sniper setup (without heavy rage burst), but also Assault Shotguns and mass Mind Crush in another game. I think its really not that difficult. Depending on the setup the gatekeepers seem more challenging.

The setup I beat it with on Veteran difficulty was a combination of non-Rage snipers, assaults, technicians with multiple Rattlesnake ATs apiece, and critically a priest with Psychic Ward which negated anything the Receptacle could do. The biggest issue I had was having enough ammo to finish the job.

Of course, I was doing the Anu final mission and the gate to the Receptacle left a phantom pathblocker that only small units could squeeze past…which for the Anu mission meant I couldn’t finish the mission even after beating the Receptacle.

1 Stealth dude with spider bot bombs can wipe everything. The 3 at a time ability just wrecks. A few psychers with the aoe dmg ability.

Lvl 7 group just destroyed everything on impossible level. The boss was tough until i just sat back behind the wall and sniped the boss.

always have a few people restoring their WP so if anything gets close or you can buff dmg on the boss.