Hi, i’ve recently installed Backer Build 4. I’m unable to get past the initial title screen.
-If i leave it to load it crashes on the title screen.
-If i press ESC, it goes to the loading screen, but still crashes
-I’ve tried window and full screen, fantastic and potato.

You play in Full HD resolution? Check game files integrity. Maybe something has downloaded incorrectly. Another thing that comes to my mind with crashing while loading game or level is increasing and setting manually system page file in Win to at least 8 GB.

Tried redownloading the game, and set the page file to 8gb, still no dice.

There was also issue with account name. If you use some not latin alphabet letters in account name this can be issue. Read end of this thread:

I’m in turkey and my windows10 is in Turkish language… Is that something that matters?

Here is the DxDiag: https://pastebin.com/usw2NbpU

I recommend you force the game to use the nvidia card via the nvidia control panel. Yes yes its ‘supposed’ to work without doing that, but like 80% of laptop issues are literally fixed this way

Sorry, saw this reply late. I tried what you said, and learned that the nvidia control panel doesn’t force games anymore, Windows 10 does it from the graphics settings. I set it to force the GPU.

Still crashing on the loading screen after pressing new game. The crash is time-based, if i let the opening sequences run, it crashes before getting to the main menu. If i ESC out of the opening titles, i can click New Game, but then it crashes on the next loading screen.

Attached are the screenshots that show it is using the GPU 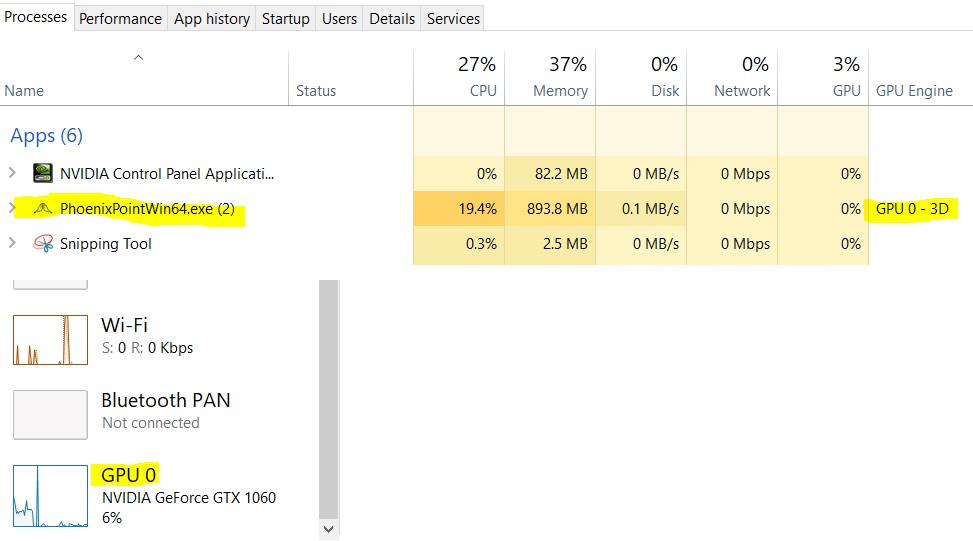 Looks like issue with memory. Did you overclocked something or maybe you have some software trying to change clocks?

Hmm not that I know of. I’m on an MSI GT62VR 6RD. I also checked the different software that came with the laptop, nothing seems to be overclocking it. What would be the best way to check if modules are not running at the default clock speed?

EDIT:
This is the only game that crashes… oh and Pillars of Eternity. Everything else runs well, i have run many other games on this machine without crashing issues.

Now I dont ahve the game so I’m nto sure if the output log is normal, but the lines that say no shaders found really makes me think its using your Intel card not the Nvidia one.

Its also odd the errors that seem to indicate some kind of networking issue.

let me try to see if the network is the issue, The Epic Games Launcher has issues with my network for some reason.

Tried using it on a VPN, still crashed at the exact place. Ugh.

I’m out of ideas. Maybe change drivers to previous version or maybe to the most new? Install all microsoft visual c++ redistributible packages and update direct x? Strange that only one game is causing problems.

the only thing “killer” about this is that their driver suite is a heaping pile of garbage. Their QOS stack ive seen cause multiple networking issues with stuff because it was apparently coded by blind monkeys snorting redbull.

lol okay will try it out

Damn, you were right. I disabled both the ethernet card and the wifi, and it worked!

Trying it now by enable the wifi with the ethernet disabled.

So there are still such cases?

I remember figuring out such thing when I was working in help-desk in 2007 when computer of one of the members of the board was crashing. That was intense time, when they blamed me for giving him bad piece of hardware. They called me several time, and my work was hanging on the edge… Update to the network card drivers fixed that issue and everyone was happy.