We know how easy is to capture Scyllas in the game, if you don’t have to deal with Acid/Explosive Chirons even easier, for those that still are struggling with that mission, I recorded this video: 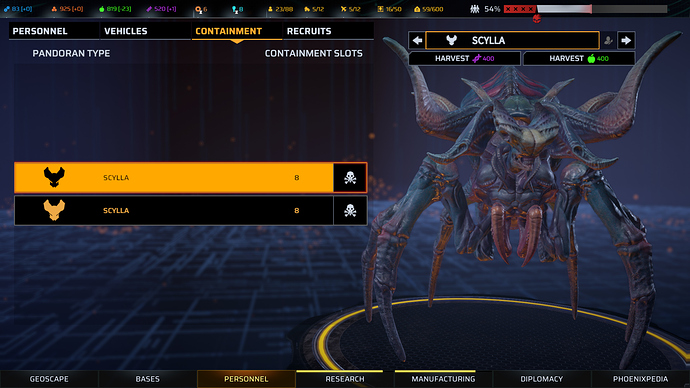 The real problem for any new player is that you need a faction special weapon for this, which the game don’t tell. With the standard PP melee weapon this is near impossible, especially for a new player who don’t know the game.

And I agree, you have to steal the tech, or complete three diplomatic missions with Synedrion, one for REP 25+ and two more for REP 50+ , then manufacture the SR, and it is not cheap

Aspida is hard to use close range, lot of enemies around and Scylla damage is huge

And Neurazer is too risky , even using War Cry (heavy class) , but doable although so tedious

You can just use the Hera (the neural pistol). Triton Poachers drop them, and they show up early, so you can usually pick up a couple fairly easily.

It’s kind of tedious just sitting there emptying magazine after magazine into the Scylla, but it does work as long as you bring enough ammo.

But in the first place you would have to remove armor, at least one part of Scylla, Hera requires that

One solution, would be to give the Paralysis Weapons better penetration. Or make it a gas. Scylla have what, 390 Will. That’s a lot of shooting at 7 & 16 points per hit.

exactly the opposite… paralyzing weapons should not have any penetration… instead, their paralytic effect should be increased… Paralyzing game needs to be different, than just shooting every possible paralyzing weapon till enemy doesnt move… player should employ tactics, disable bodyparts to remove armor, only then paralyze targets…

I have to agree, 60 and 30 piercing for Athena and Hera makes not sense,

One solution, would be to give the Paralysis Weapons better penetration. Or make it a gas. Scylla have what, 390 Will. That’s a lot of shooting at 7 & 16 points per hit.

Four shots from a Hera is 28, two shots from an Athena is 32. If you have 3 soldiers on paralysis duty, that means it takes around 5 turns of non-stop shooting to fully paralyze the Scylla. Your other 3 soldiers plus your turrets (you brought turrets, right?) can cover them in the meantime.

It’s a bit boring just sitting there targeting a low-armour location 40 times in a row, but at least you only ever have to do it once.

you have to use Hera with 30 piercing in just one Scylla part, abdomen 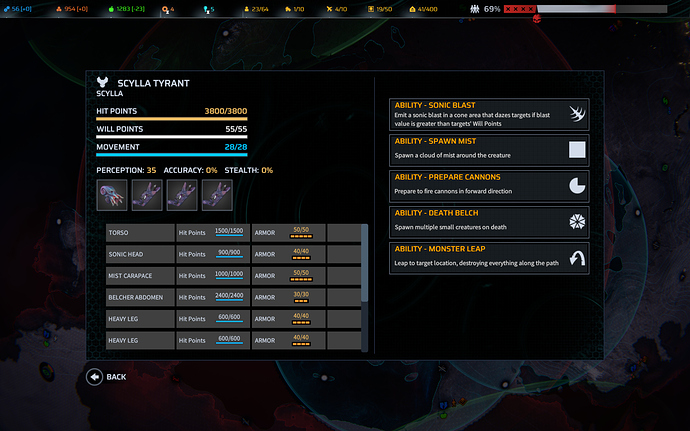 Think how a Tazer & Dart Sedation guns work. they need to penetrate to the soft tissue, to be effective. Now in the PP universe, maybe they came up with an Absorbent Paralysis weapon? It isn’t explained very well in game. But an Absorbent Agent that paralyses, however slowly at first, makes more sense, IMO&E

two shots from an Athena is 32.

Common Core Math? 3 Snipers at 16 per hit, equals 48. And with Quick Aim, you get 96 points of Paralysis, from 3 Snipers. There are some that say using this Feature for Snipers would be Abuse.

Common Core Math? 3 Snipers at 16 per hit, equals 48. And with Quick Aim , you get 96 points of Paralysis, from 3 Snipers. There are some that say using this Feature for Snipers would be Abuse.

Edit:
What I will say, regardless how you compare Hera vs Athena with or without Quick Aim, the Hera will always deal more Paralysis. The only advantage of the Athena is more accuracy and piecing. That’s why I almost go with Hera and try to work with their downsides (going closer and target parts with low armor).

Edit2:
Only exception in this comparison is a Berserker with his Adrenalin Rush and shooting the Athena for 1 AP. But in the following turn he is dazed …

The problem is Armor, you can use Hera on Scylla because one part of her has only 30 , same as piercing of the HG

Iit should not be that way

Iit should not be that way

But how should it be? Athena with more Paralysis than Hera for 3 AP? How much more? Or maybe equal?
I’m not sure, but actually it feels not so unbalanced. Athena for the save long range shots and Hera for more action closer on but also more effective, high risk high reward.

I guess etermes is continuing the earlier argument that paralyzing weapons shouldn’t work on armored enemies, unless you remove that armor.

I actually have no idea what would be best in this case as I also like the current system.

That’s my idea, and of course is not popular

I’m not sure, but actually it feels not so unbalanced. Athena for the save long range shots and Hera for more action closer on but also more effective, high risk high reward.

Hera is perfectly safe and accurate for Scylla, big target, the abdomen

Hera is perfectly safe and accurate for Scylla, big target, the abdomen

For that you have to go into her flank, mostly it stands in your direction and the abdomen is not easy to hit this way. With the Athena it is somewhat saver to shot her body, head or legs from a longer range.

Do you think the Hera is to powerful against a Scylla?

I agree, using the Hera depends on where the scylla is facing and also you need a loooong time to paralyze it or an army equipped with heras…

However, against lesser targets, it’s really good, and that’s not a bad thing in my opinion. The first paralyzing weapon you get is melee-only and the Hera is the first of only 2 that you can use from afar. Being weaker than that would make paralyzing enemies a pain, and some weaker enemies would die from bleed before you could end the mission if you tried to paralyze with it.

edit: thinking about it… it makes sense that NJ does not have paralyzing weapons because they want to kill all pandorans (even so… they had captured infected humans in the lore books), but Anu would want to capture and study them for mutations. Anu should have paralyzing weapons too… they have mind control, ok, but how did they capture pandorans before they had that mutation?