Can we really say that Steam is a "choice" for indie-devs, not a must-do?

Everyone knows that Steam is the place to go, but numbers!

Weather Factory, the devs behind Cultist Simulator made an awesome blogpost about their situation, including numbers:

And it’s a game which had Humble as their publisher (responsible for marketing too), that should boost Humble’s numbers somewhat.

WF themselves write that Steam is the platform you need,

if you’re an indie dev making games for the PC in 2019… you are dependent on Steam for your income.

Can we really say that smaller studios have the choice of not releasing their game on Steam?

WF says yes, it might be viable to use your preferred non-Steam platform, reasoning with the pre-launch preorders exclusive to itch (reduced price, comes with Steam key on launch),

in those three months, we sold 1,070 units on itch, and after launch, when the game was available on Steam, in seven months we sold 178 units

showing that players are not “locked in”, are willing to use different platforms if Steam is not available… but that pre-order came with a Steam key.

I have my doubts.

This isnt really a big secret. Steam is the dominant platform and everyone else are rounding errors.

To put it in larger perspective. The International 2018 Prize pool was 27 million. The prize pool takes 25% of proceeds from the DOTA2 Battle Pass and puts them into the pool. This mean that Valve had revenue of 100 million USD JUST on DOTA2 Battle Passes alone. This is almost as much revenue as GOG makes in an entire year. Again this is just battle pass, and doesnt include people buying keys, the dota 2 market, etc. It doesnt include CSGO and everything around that. It doesnt include all the game steam sells in the actual store.

Valve makes more money on a single sub-purchase within one of their sub-games, than most other store make in an entire year.

Also I feel like its important for people to understand what Steam’s business model with regards to choice.

Steam is not a store

Steam is a MIDDLEWARE company that happens to sell games

Steam makes money via Steamworks. That is their core product.

If you want to make a game and sell it, great. Now your customer want things like

Great so where do you go to get that? Seriously where? Did you want to try Gamespy? Because oh boy you’re in for a surprise down the line when they shut all your servers down 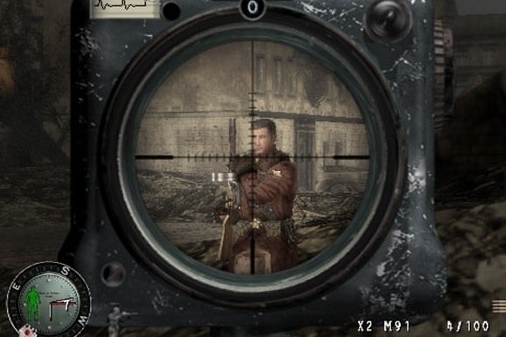 The point is people want these features. They’re standard expectation now. And who’s providing the infrastructure for that today? Steam and… yeah that’s it. Do you want to try to roll your own infrastructure, servers, etc. Or… just use Steamworks which is free.

Obviously most devs choose the free option which is ultra robust and already has millions of users.

Note steam is not a monopoly here. Steam can’t force someone to not enter the market. If it was a monopoly why wouldn’t they have just crushed the EPic store? That’s what monopolies do after all. Why can you buy games on other stores and yet activate them on Steam for free, and use steam’s infrastructure for something steam sees literally zero dollars? That doesnt sound like a good monopoly.

No, steam is a platform with overwhelming number of users. even major publishers like EA lost me as a customer because I can’t buy their games from steam. I probably would check out Andromeda or Inquisition at some point but without Origin installed I am very unlikely to do so.

The question is: will delaying game from coming to steam harm overall sales?

Really customers want that? I would like to have cloud saves only, just as insurance if something went wrong with my drive. And achievements sometimes are nice, but I can manage without them.

But the point being, most users expect at least some kind of sub-set of the above (with as you say varying degrees of want/need). now as a dev you could