Bionic Fortress mission is a disappointment!!!

It is one more New Jericho Facility, even with Tobias West posters aroud, with some Spider Drones mixed to a few Pure Cyborgs, even in Legendary level, it is to easy.

And to get worse, Subject 24 don´t appear and we don´t fight it, even if in the description says that he is there…

Mission needs a total rework, should be epic, a much stronger base, with fixed machine guns, at least the double of cyborgs, and a super cyborg as Subject 24… and remove Tobias West posters please. 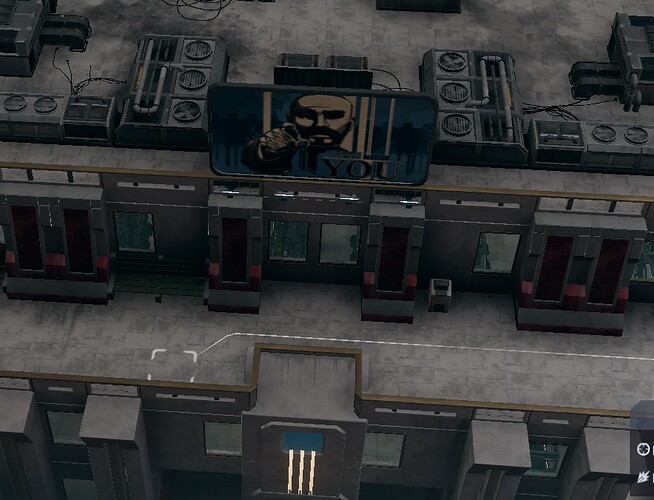 Another one where the devs have had the dubious benefit of our unfiltered opinions in the CC.

This and the Lair of the Pirate King need a total rework.

But it’s always worth bearing in mind that SG is a pretty small team working on a massive, sprawling project in the middle of a global pandemic. So while we think they have this on their radar, it is going to take a lot of work to fix and they probably have other priorities (like Festering Skies, for instance).

It is one more New Jericho Facility, even with Tobias West posters aroud, with some Spider Drones mixed to a few Pure Cyborgs, even in Legendary level, it is to easy.

I played it at Hero difficulty, and it was one of the hardest missions in my game. With all those Pure soldiers whom I couldn’t Mind Control because of Clarity Heads or shoot directly (because of energy shields and high armour) it was hard. Not to mention all those small spider drones running in packs and blowing up my cover.

Why not leave them be to remind the cyborgs about their archenemy? Maybe change the images a little. Like write “Unpure” or “Die” with bloody red letters across Tobias West face?

Spider drones AI is hilarious, to say the least, and human AI the same, that mission (and I play Legendary) is too easy, of course you have to know tactics, take cover, using spider drones against spider drones, Destiny III and snipers, there are different ways.