Attempting a realistic/detailed representation of missions

Attack of monsters / enemies on several structures at once (2-3 Haven tiles)
The player himself chooses the goal and the reward:

Explains many subtle but important points, for example:

and yet, everyone seems helpless until Phoenix Point shows up to defend them

In short, the special forces must eliminate the most dangerous target in the most key area. But now in the game, there are no hint and visuals to understand this. PS Perhaps I will write more fully later in a new topic. “Attempted realistic representations of missions.” 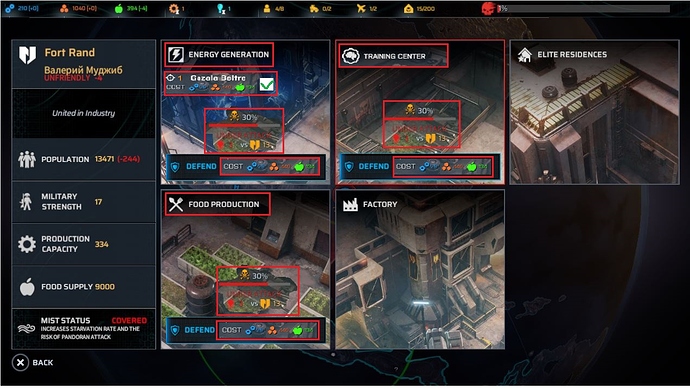 ("max xx% of resources" is a cap on this mission subtype) 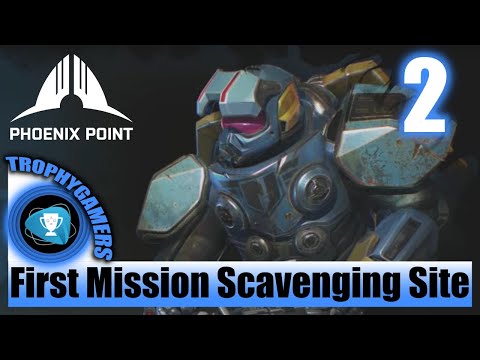 https://youtu.be/KZihd7hDfLU?t=5136 (01:25:37-59) “Everything is on Our side … all containers are Near … they are in My corner …” Legend of the mission "Scavenging Site" After discovering the “Unexplored Site”, Manticore with the soldiers flies into place in order to “Explore”. (In my opinion) Then there is a search and storage of resources for transportation to the Base. But our activity attracts the surrounding Monsters, therefore we need to “Protect Crates” (we brought empty c…

now increase your chances of getting a redundant vehicle

Stealing cars and saving people, as well as an Ambush, must be allocated to the pool of random missions. This will add to diversity and curb redundancy.
PS I will publish later a realistic / detailed representation of old Scavenging missions.

City on a Hill, defenders are too many
Why Food Production Is Useless (and issues with the economy in general)
Diplomacy Rewards feel like they're the wrong way round
The problem with the inventory during new resource gathering missions
Question about "Ready Slots" Design
Question about "Ready Slots" Design
Too much Haven defenses and Pandoran base attacks
noStas June 24, 2020, 2:38pm 2

Reserve, for a possible continuation of the topic.

City on a Hill, defenders are too many

I have read your post and those are interesting ideas, but it is complicated, devs will want easy implementations for haven defense 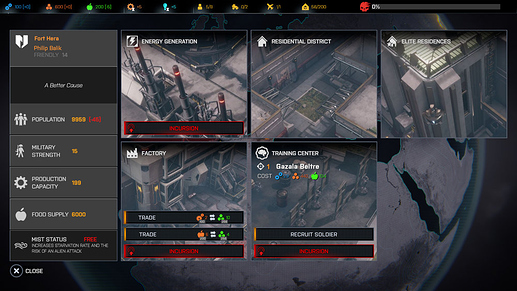 I never steal or raid factions

those are three different maps for Incursions, three targets, right?

Yes, the scenery from the “Haven tile” inscription.

and haven defense
All these 3 Operations in reality will be very similar / close - you are in the territory of the Base / Haven and around you its inhabitants, together or against you.

I understand better now your suggestions, I see your point, it could work, although your best chance is modding

I would like for a perfect defense, one haven soldier joining PP after the mission if the haven has a training center, they realize that Phoenix Project is valuable and one soldier decides to join PP forces

This could be one of the rewards for protecting the “Haven tile”.

Attack of monsters / enemies on several structures at once (2-3 Haven tiles)
The player himself chooses the goal and the reward:

If I understand it well, it’s similar to FiraXCOM system - three abduction missions, you can respond to one, pick your poison.

Can we respond to all of them? What if I have three transports I am willing to send out? Or are all attacks time limited, so we can do all three back to back with one squad if we have enough health and stamina?

Or is it one only?

Either way I don’t like it - first one would become tedious, the second one is adding artificial choice&consequence ala. FiraXCOM.

I think it could work if we had “whole haven” map like based defences in 97-UFO. We have squad on the map, and we decide what we want to defend - depending on difficulty we might be able to defend a lot or not a lot. We get rewarded based on the final result.

Of course, that would mean a complete overhaul, and is not a genuine suggestion on my part.

I must say though, when during Fig campaigns Snapshot was talking about side objectives, I was expecting something more interesting then “strategic points” granting free will boost.

In short, the special forces must eliminate the most dangerous target in the most key area.

PP helps Haven repel the attack by taking responsibility for the key (for Haven) “1 tile”. The united forces of defense can cope with the remaining threat “2 tiles” themselves.

“Monsters attacked the castle walls, but there were mercenaries in the castle who accepted the order for the defense of one of the walls.”

PP helps Haven repel the attack by taking responsibility for the key (for Haven) “1 tile”. The united forces of defense can cope with the remaining threat “2 tiles” themselves.

Ok! Fair enough. I like it much more now.

What, if PP doesn’t intervene? If a haven can defent 2 out of 3 areas, it doesn’t make much sense for the whol haven to fall. Should haven destruction be more gradual then? Amount of tiles haven can defend depnds on their strength vs enemy forces? Weaker the haven less they can defend, and eventually they fall completely?

Weaker the haven less they can defend, and eventually they fall completely?

This means one must watch the attacks carefully. A single attack will no longer kill a haven.

PS @Yokes I remember that you had a post, but I can’t find if it was?

Yeah, I had such solution somewhere here.

Will try to search for it, as it is different than one written in my feedback, so I can’t just copy it from there…

Here it is (when I look at it is quite similar to my feedback - so probably values are different, but ideas are the same):

I was searching for topic about how quickly haven fall victim of attacks of other factions, but I can’t find it right now. Recently there are topics that havens fall under Pandoran attack really quickly, but it looks more like a bug. There is also this topic - Haven Defense suggestions, but it is pure imagination of what could be in full release, which is kind of far away from what game presents right now. So I wanted to ask about opinions about my two balance suggestions which I’m working on. …

(or the New Scavenging Site, lightweight loot boxes that can only be placed in a “READY” slot)

Great suggestions, should be posted on canny.