According the news Arkhem is out today.
Does anyone know what time it will be released? The latest update, v1.8 “Arkham packs in a lot of fantastic improvements suggested by our community.

I’m curious abot the UI improvements. And it’s a coincidence that I’m about to do Bionic Fortress in my current campaign.

My laptop died. So it isn’t too relevant to me right now.

Arkham looks but more of a polish job, then something new to talk about. I am curious how inventory screen looks like, bit unfortunately the update didn’t showcase the changes.

My GPU died one week before the Derleth update. I lost Derleth and Cthulhu updates. When I got a new GPU and returned, PP felt like another game. A better game.

Yeah those were big ones. I had problems with starting up. I suspect something like BIOS memory might be an issue. It’s currently in repair shop, but we will see if it will be fixable at a reasonable price. I am overdue for a proper desktop anyway, so it’s not a bad timing. Just need to secure some funds.

I like the many fixes. My big question is will I have to start a new game?? I am about halfway into the game I am playing now…???

Very nice, but not yet out, my game is still 1.7.3 necromicon

No, you do not have to start a new game.

The Arkham patch should go out in about an hour.

I tried an old save but PP base UI was not working and I could not use “Haven Info” at havens… just nothing happens… I restart new game and it was working.

UI looks nice, and gives more control. Icons are surprisingly large, but that is not bad

I like end turn goes up right. Also noticed Trinitons, when hit, now move, but if its in line of sight, you got to see them. Nice. Was pissed how they dissapeared before. 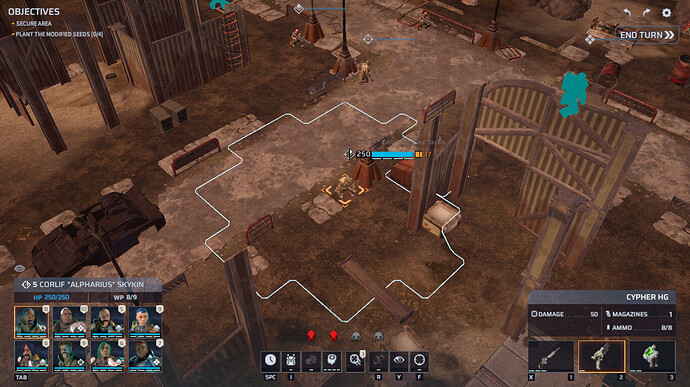 You have to confirm skill use, buts its nice intefrace that gives more info and provides possibility to cancel. 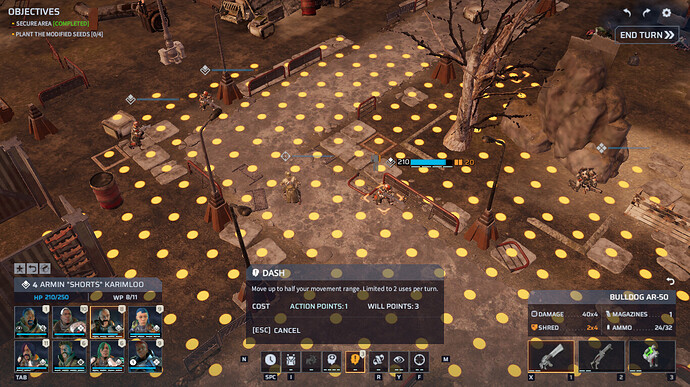 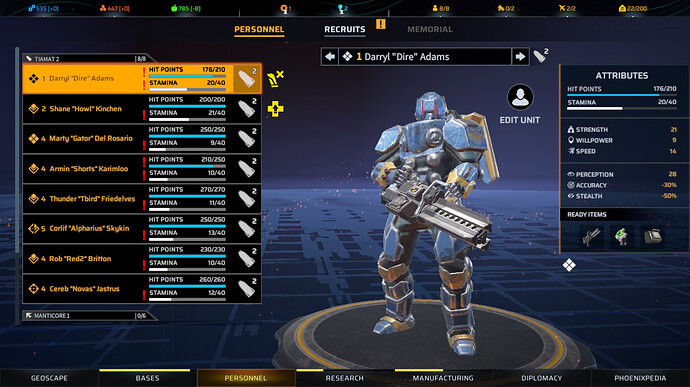 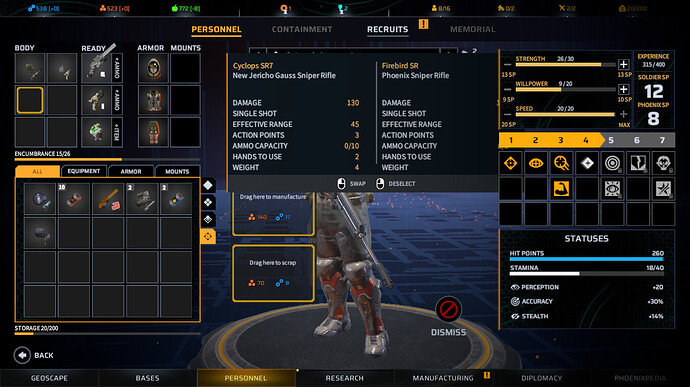 I liked the changes to the tactical interface a lot! Also, the geoscape seems faster and more responsive, that’s great.

However, I didn’t like the changes to the personnel screen. The idea of merging screens is fine; it’s just the execution that needs a bit of improvement. I guess the thing that bothered me most is that in the same screen there are huge things and very small things. In the first screenshot @rasvoja posted, you can see the “edit unit” icon does not fit well in the rest of the interface. Firstly it’s rounded when everything else is squared. Secondly, it’s size. When you click on it, the edit unit interface is much worse with these same problems, as well as the mutation/cybernetics/customize screens - they’re just too big when you just came from a screen with a lot of small elements.

There are also some bugs. At least in 1080p 16:9, in the personnel screen I noted a minor one, the block with the soldier name up in the center (along with arrows) sometimes goes in front of the left block with the soldier list. However most bugs I noticed were in the containment screen. When you click in any worm, the name changes but the 3d model remains that of the previously selected pandoran. Also, In the left list you see “Arthron”, “Triton”, “Fireworm”, etc, but in the right you see “crabman”, “fishman”, etc. I guess this is to put a name in every enemy you captured? If so, it’s very confusing. It’s best to leave it blank or its species name, and the player can rename it if he wants to.

How are grenades fired now? Just got the rebuke… can’t make it shoot

Also, how to use mech arms now?

Oh man, that stuff looks good! Any changes to “enemy inspection” screen? I felt what was the most “placeholder” thing in the entire game.

The rebuke is fine after quitting the game. but WA arms??

The same thing happens when compparing weapons in 1920x1080. I couldn’t report using the bug report tool inside the game, so I opened a new topic on the bug report area here on the foruns.

Restarted the game for the new update. Like what I see so far. Do not like injured soldiers no longer show the time to heal and return to durty.

I totally agree and this was addressed by the testers. Hopefully it can be fixed, at least with a tooltip.