The Phoenix Point Diary (An AAR)

[I thought I might try this here. I’ve done them before for other games. Not sure it will work, but let me know if it’s interesting or boring! D.T.]

Having heard rumors of the Mist appearing again, four of us came in search of an old military base called Phoenix Point. Scraping away the dust and grime, finding nobody had been here in a long time, we managed to power the place up and even get a small aircraft operational. Whether any of this will help us with what’s coming along with the Mist, is anyone’s guess.

Besides myself, there’s Lars, a big guy who likes to carry around big guns, Striker, best shot with a sniper rifle I’ve ever known, and ‘Miss Atomic,’ someone we met on the way up here, who thought our crazy idea was worth joining.

Striker, knows a thing or two about computers, and he managed to get hooked into some global satellites so we could see how bad the Mist was out there. 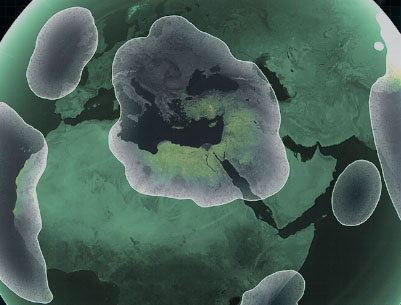 We’ve heard of a few places that might be sources of materials, which, needless to say, are hard to come by now. So, we’re going to pack up and head off. I thought I’d keep a diary of what we find out there.

It looked pretty empty (and destroyed) as we landed. Miss Atomic named it ‘The Spa.’ 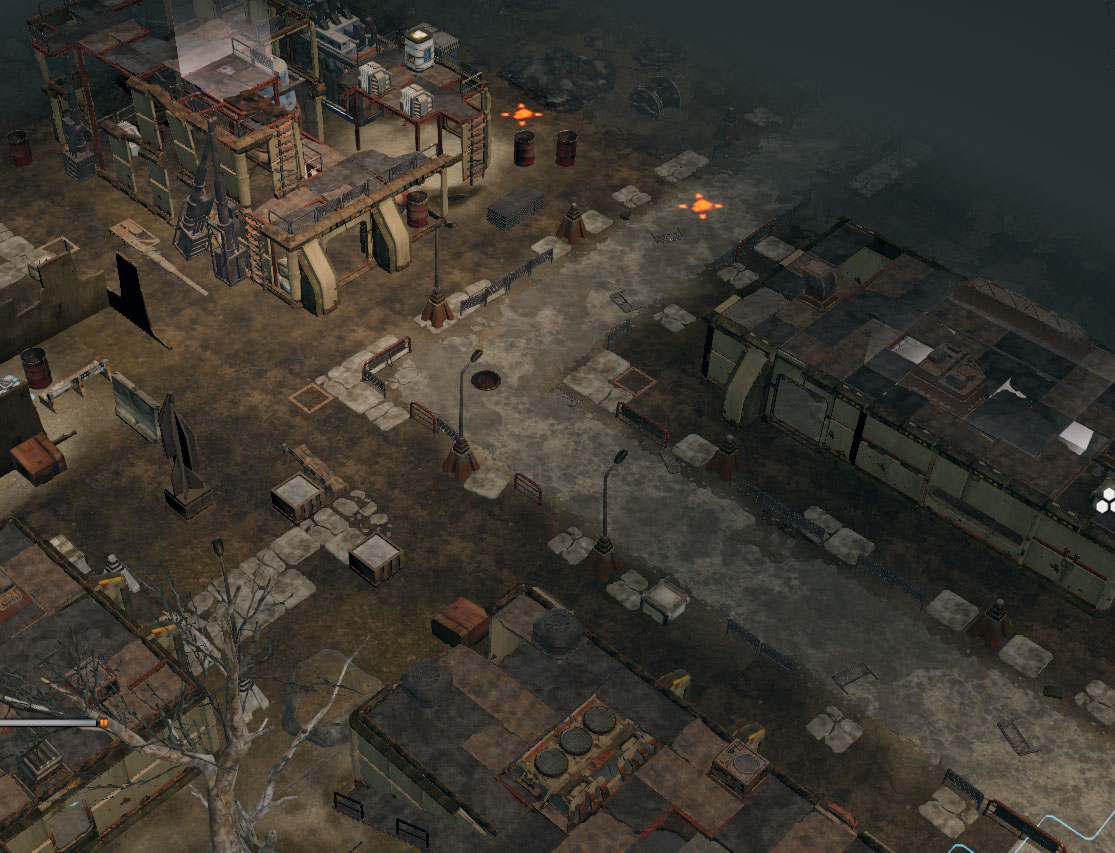 The first one we saw, Lars, Miss Atomic, and I thought it was a crab. Striker just had one word: f_ _ _! 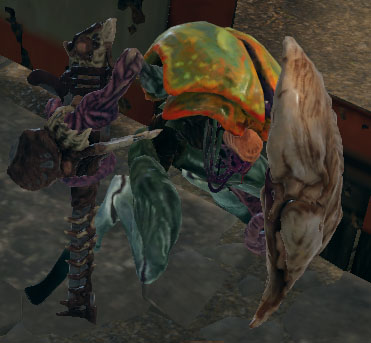 It had a machinegun sticking out of its arm. How did it pull the trigger? Just ‘think’ and ‘shoot?’ Did it have a finger? Lars opens up on it with his canon, taking out walls but not the crab and it actually shoots him back! Again, Striker with that word. 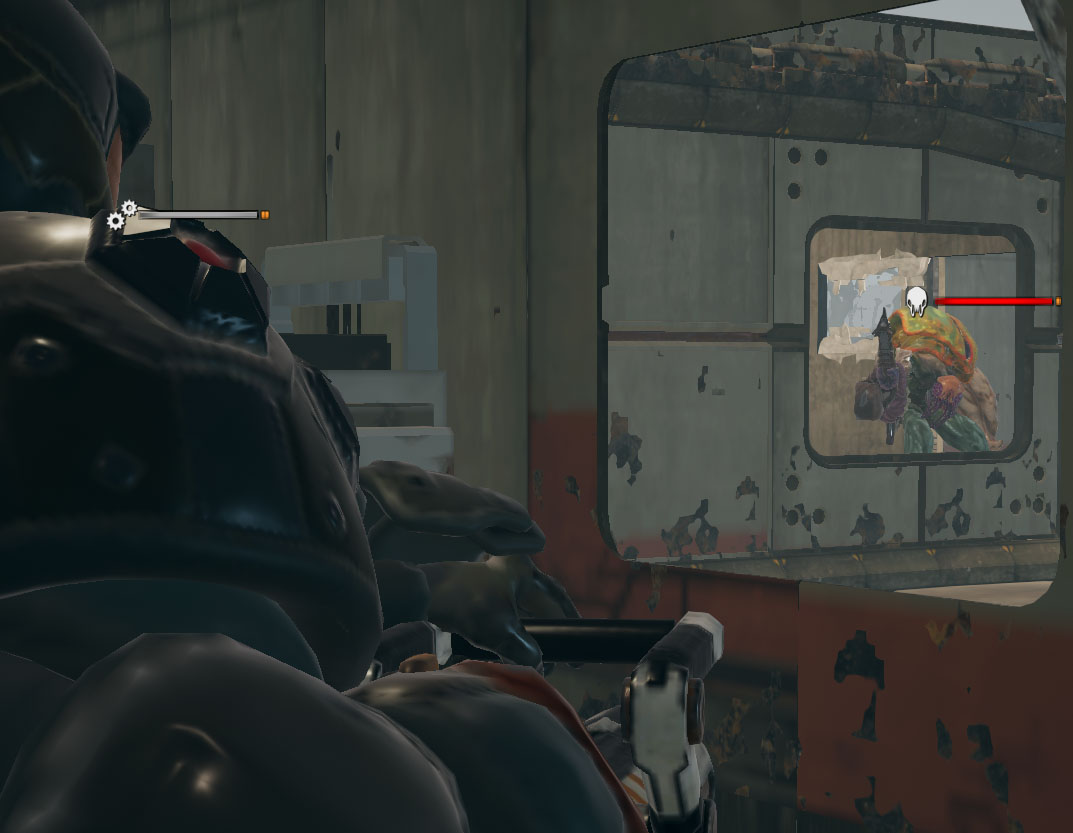 But what followed them was worse. Mansquid? Striker swore it swore. And what was crawling with it looked like a tulip on legs. We’d find out soon enough what it really was. 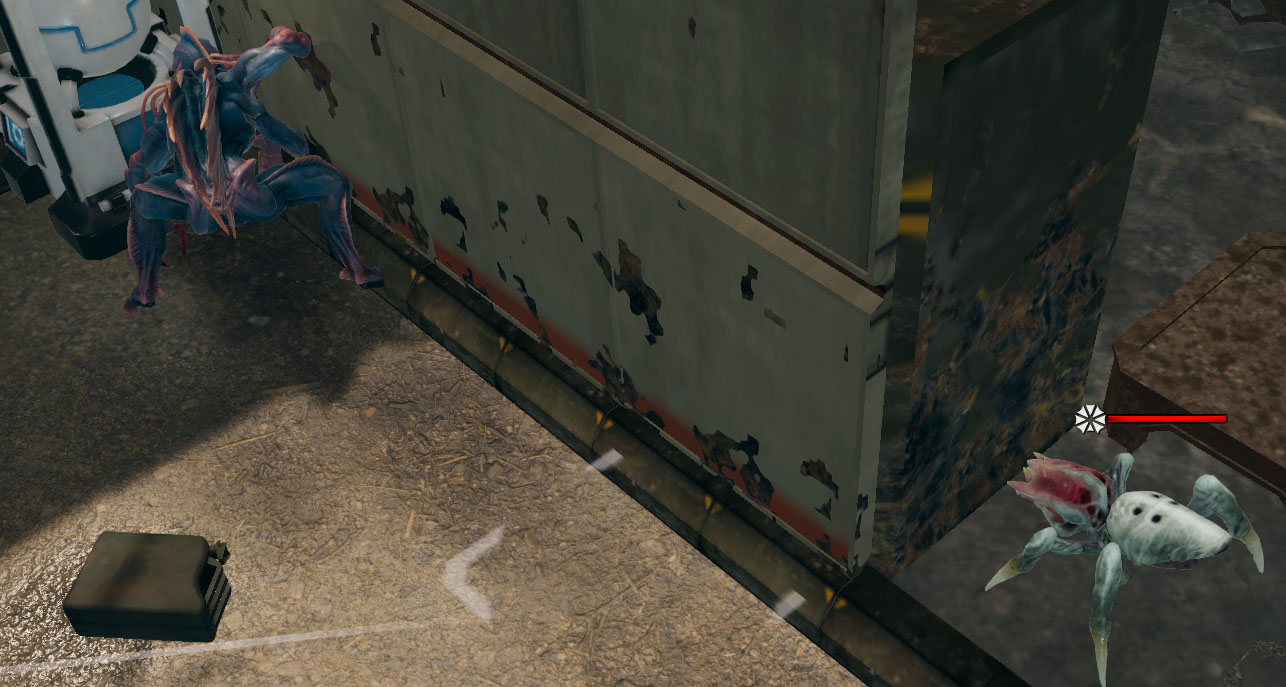 So, to be brief: Some crabs had guns growing out of them, some had bloody grenade launchers, the squids had rifles and four arms, and that tulip chucked the ‘tulip’ bit onto Striker’s face at one point and I emptied an entire rifle clip trying to shoot the damn thing off his face. Only a few bullets hit him in the head. We found some material and learned a bit about what was out there. Makes you want to stay in here!

By our fourth day we’d fought another round with the crabs and tritons, a bit less intense than the first one where we walked into a building with about 6 of them. Striker’s sniper rifle has been a godsend and he’s figured out you can shoot their arms off and the buggers will run away. An animal wouldn’t run away, would it? Also met up with a couple Anu havens and a couple Synedrion havens. All willing to trade. We keep looking for recruits but nothing yet. Participated in some weird Anu ritual, more like a mutated Olympics or something. Weird, but we did all feel a bit better afterwards!