The Legacy of Phoenix Point: For Anu! 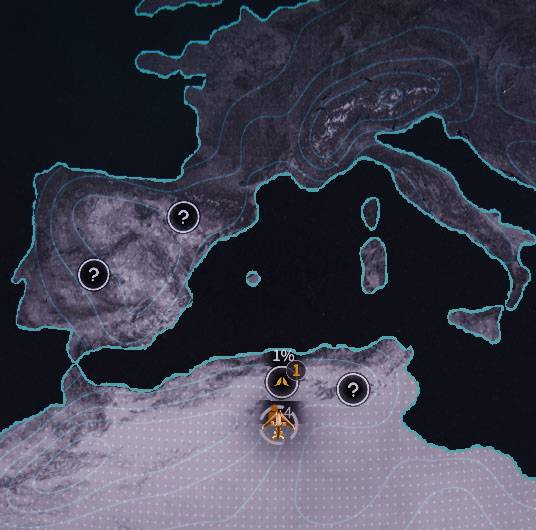 Atmospheric Analysis finishes in 10 hours due to discovery of a Anu scientific expedition. This is indeed lucky because it will see Haven Recruitment completed before midnight on the first day. This should mean that recruits become available at 00.01 on Jan. 05. If both research had taken 13 hours each, recruits would not be available until 00.01 on Jan. 06.

Not that this is in any way critical, but one day sooner means no wasted time.

That Anu expedition convinced us of their ways. We’ve all been muttering “For Anu!” the last few hours.

Yet a second discover that speeds up research!

Recruit Research completes by 16:00 on the first day.

An unusual start. Two research events + an independent haven asking for help. Not sure when we might get around to doing this! 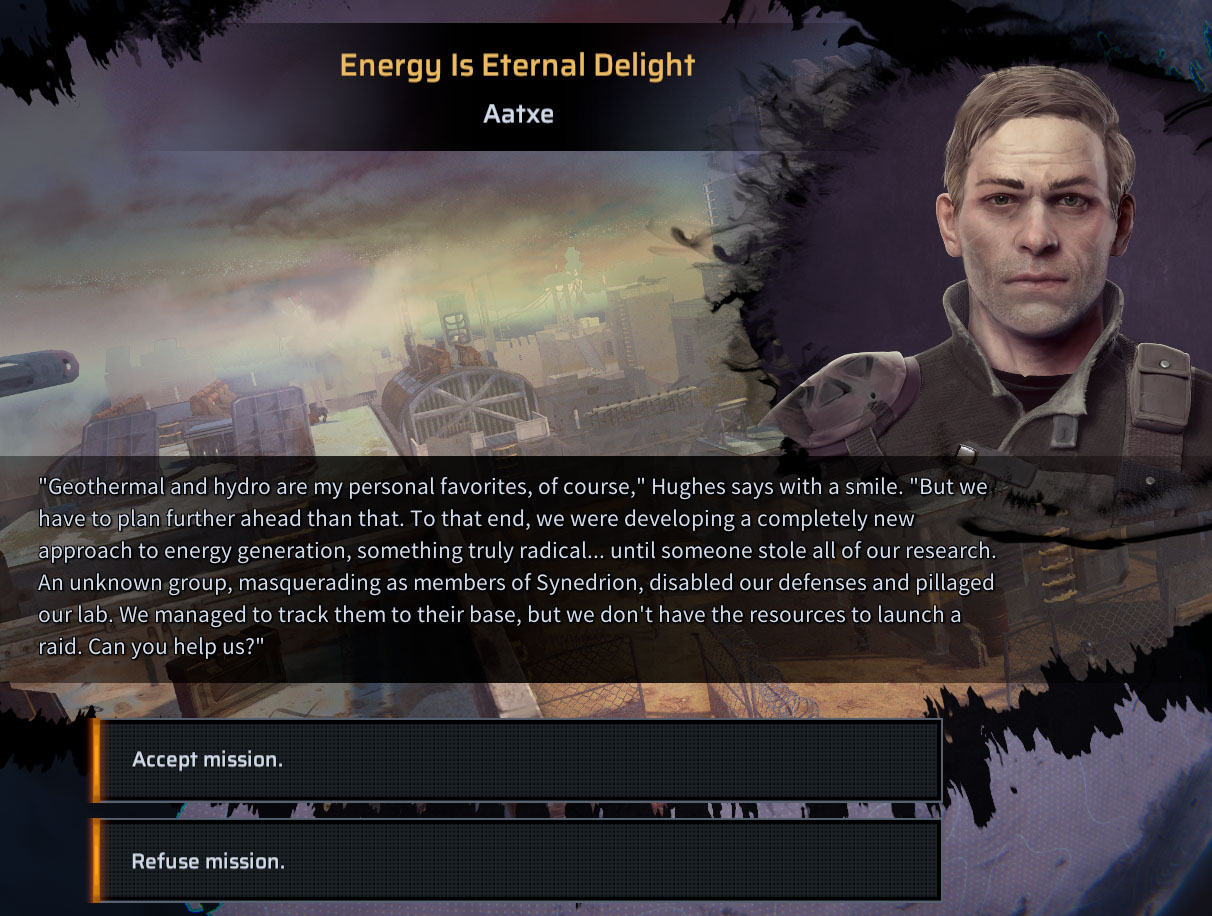 Location is in southern Africa. Out of range for now, but not impossibly so once we have explored. 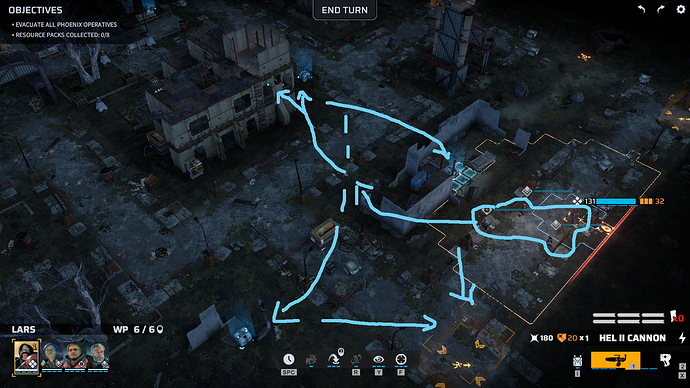 We drive forward to get the two central crates and then fall back to pick up the closer ones and evac. What could possibly go wrong?

The place is crawling with tritons. Our sniper unwisely rushes forward, thinking, “Hey, just melee dudes, no problemo, Winston!” He hits with a pistol overwatch and the assaults manage to kill it before it reaches our dude. Lesson learned: Keep back and keep tight! 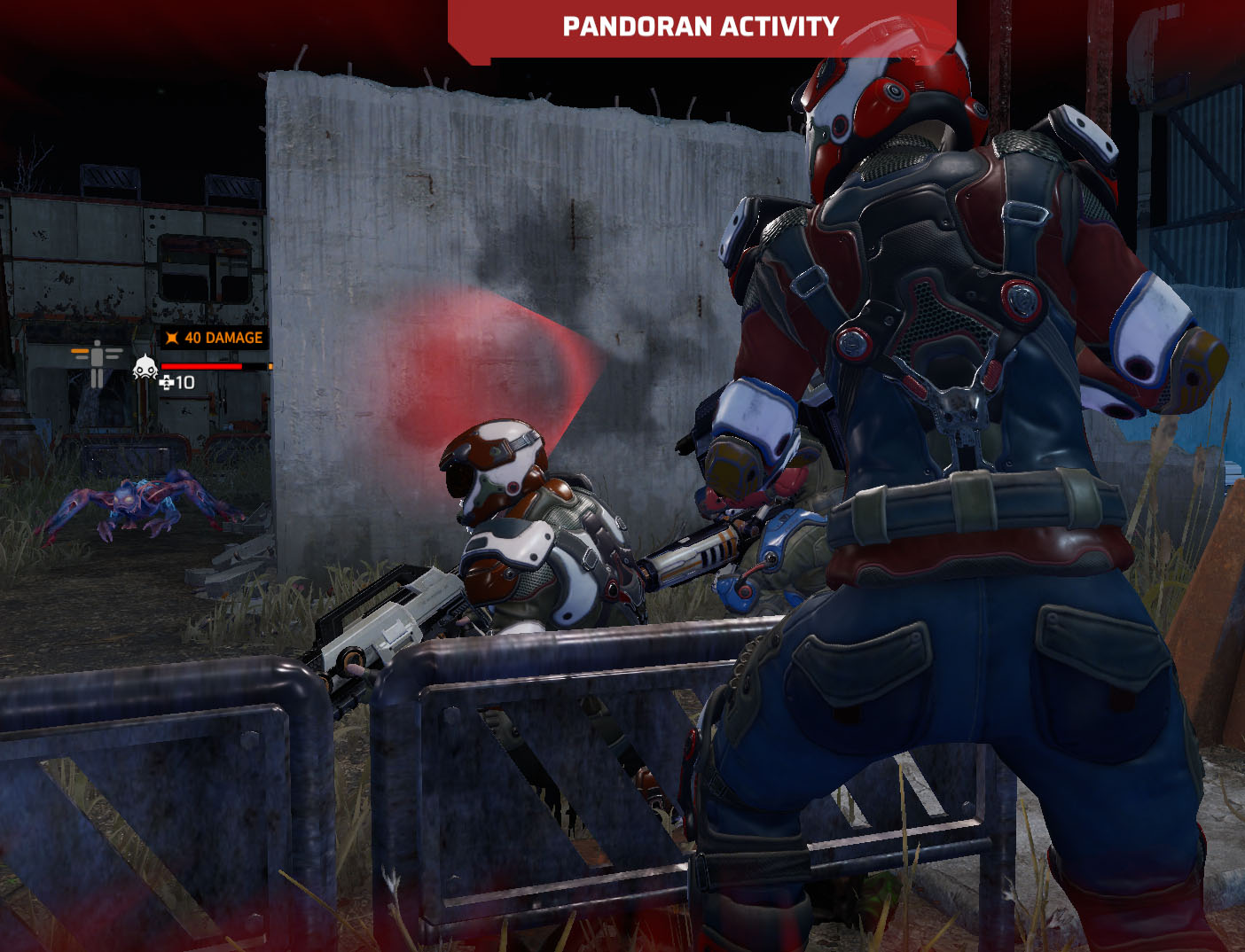 We should be able to fall back, keeping them at enough of a distance, to be safe. They do take at least two bursts to kill, however… 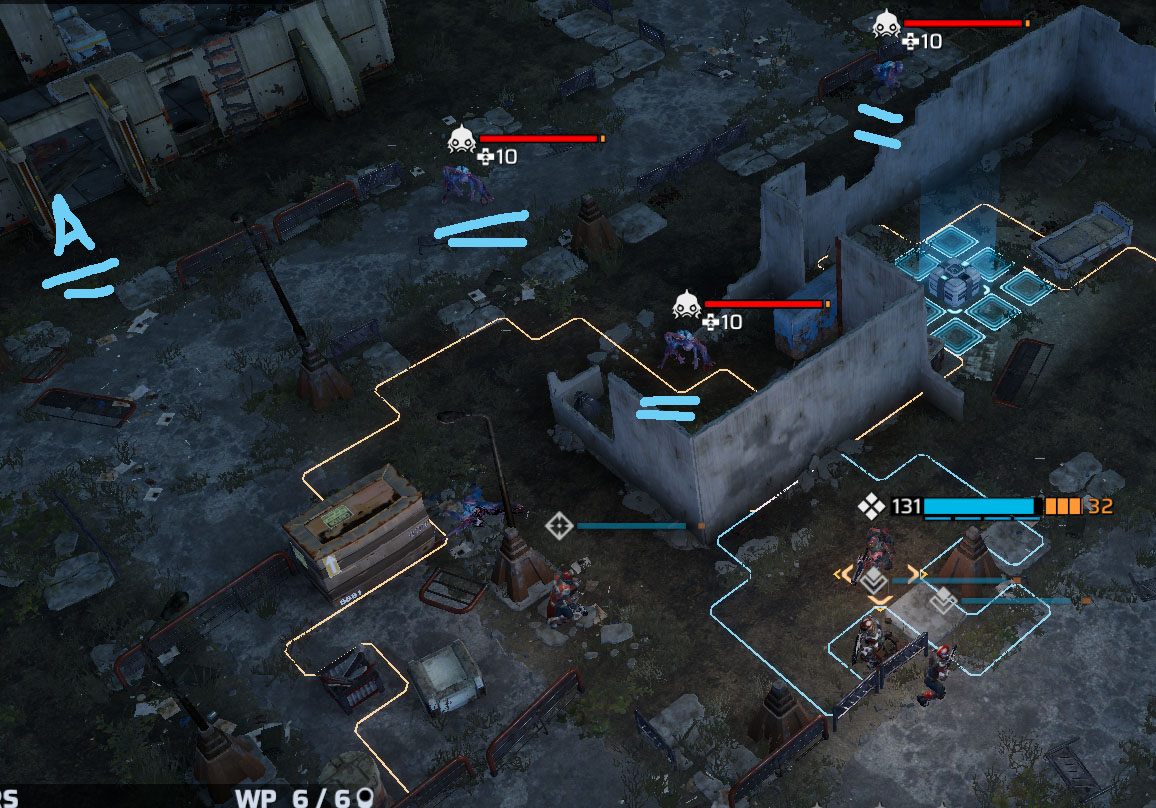 A bit tricky when an unknown triton and arthron came scrabbling out along with others. A couple hits taken, lots of bashing done, lots of overwatching as we fell back. A good haul for a first scavenging.

A bit of an unusual start. Only one haven found. Hopefully the scan reveals a couple. We’ll rest up slightly and then head for the southern ? I suppose. 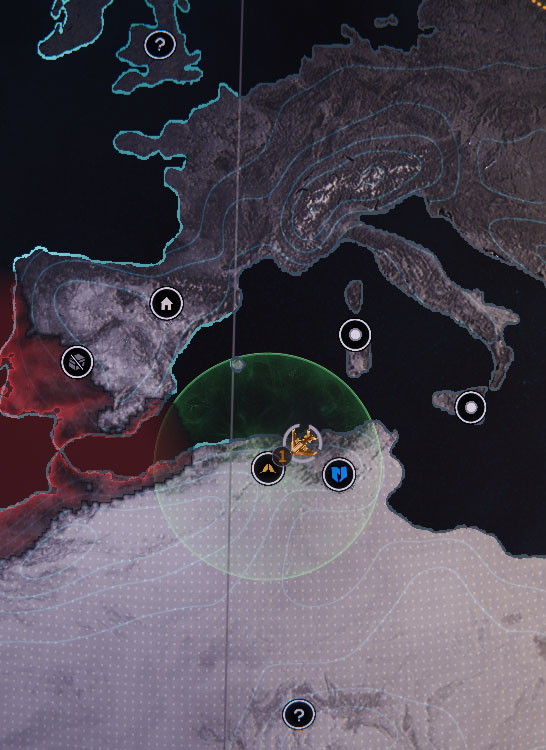 The southern ? is revealed as an NJ haven and an exploration site pops up that yields some materials.

Archives completes and now it is decision time. A second Mist area is over on the east coast of Asia. There are a couple bases fairly close, that could be activated to begin the fight to keep havens there safe. But while it is fairly easy to recruit to the base (mostly dependent on what classes come up in recruits, but should be able to put a team of 4 in a base), getting a craft to them is another matter. I’d prefer to steal one and fly it there, but it is not possible. Building one requires not only the resources but time.
A second option is to activate bases according to your needs and the facilities in them. First priority: fabrication plants. Activating a base (2nd) costs 50 + 300. Building a fabrication plant costs 100 + 350 + 4 days. Eventually the base will become fully active and useful. But initially, if it has an active (no need to repair) facility you need, it would seem you are better off activating and using than constructing back in your initial base.
Of course, none of this helps with saving havens near that second Mist location. But if you can activate 2 or 3 fabrication plants for less than building them, you can then build the craft in a reasonable time.

[Other thoughts or ideas welcome!]

In the end, we go with the base in Siberia since it has a fabrication facility (needing repair) and an active living quarters. Satellite begun (4 days). I suppose there is an outside chance of flying a vehicle there eventually. 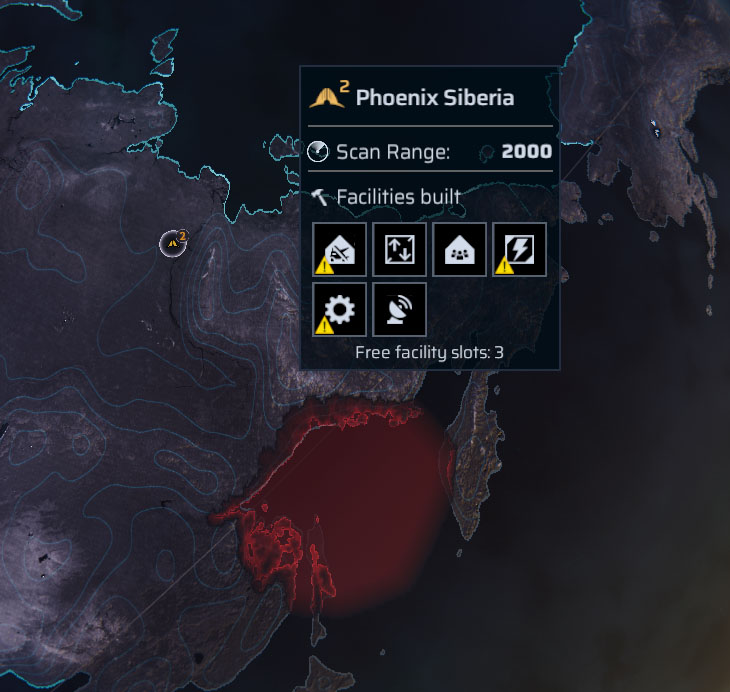 We head north to England to explore the last remaining ? and hopefully a couple more pop up from that! Otherwise…

We seem to be barely hanging on. The English site revealed an NJ haven and a site (A) that resulted in Nothing Found. The base scan revealed a location (Syn. haven) and that leads us north to one more. Pickings are slim, to say the least! Not much in the way of resources to be found so far. 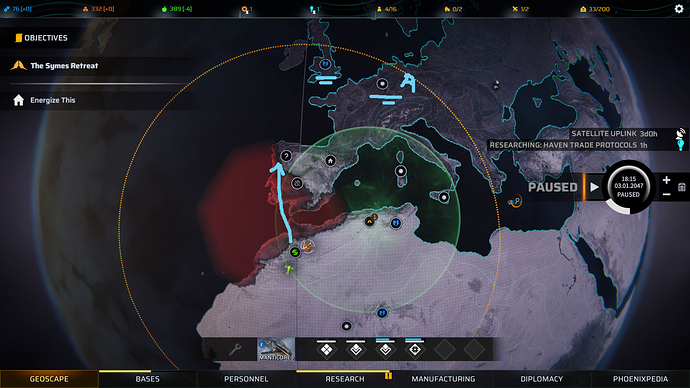 Need and Ye Shall Receive! A haven is attacked on the third day. That may be the earliest I’ve seen one happen. 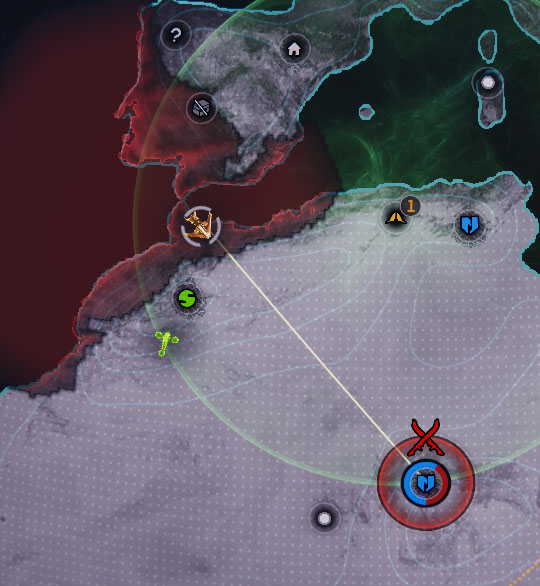 Waiting for youre updates

Thank you! I will try. Just on ‘pause’ for a bit while school cranks up for the first time in 6 months. It’s going to be hairy!!