The moon mission is not showing up - am I missing something? Did I research too far into PP ending…? 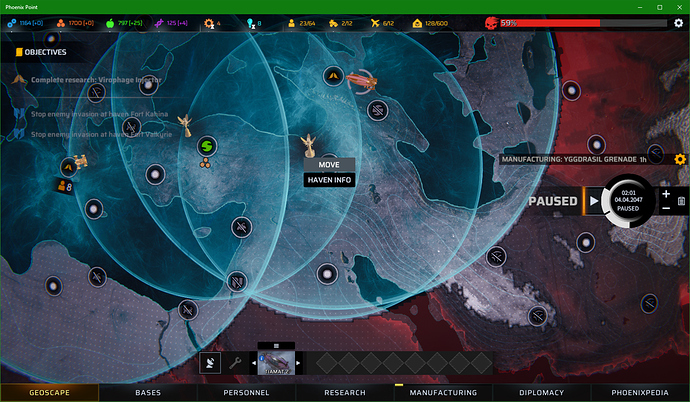 you should still be able to progress if virophage injector research was never started. I think the trigger that locks the progression is when you start said research. I know you can still progress other faction endings with it available in the research que.

I don’t think one is locked into a particular ending until the research has been completed. I have cancelled such a research and opted for another successfully.

I did start the research, then canceled it when I found out it forced you into the PP ending. I watched Chris Odd’s lets play and it looks like he has it canceled and was able to proc the mission. For some reason it’s just not giving me the option - I did the pre-req research, they built the building, never got the trigger cut scene or even an objective marker. I’m going through and comparing my actions with other Lets Plays and I’m not seeing what I did wrong. Seems like a bug

thanks for responses btw

Here’s the haven with the pre-req building: 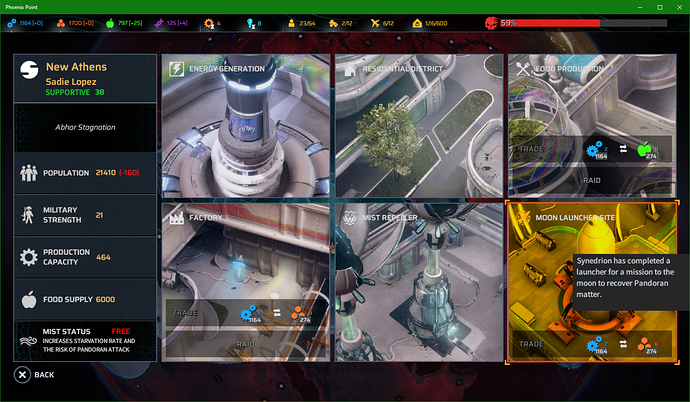 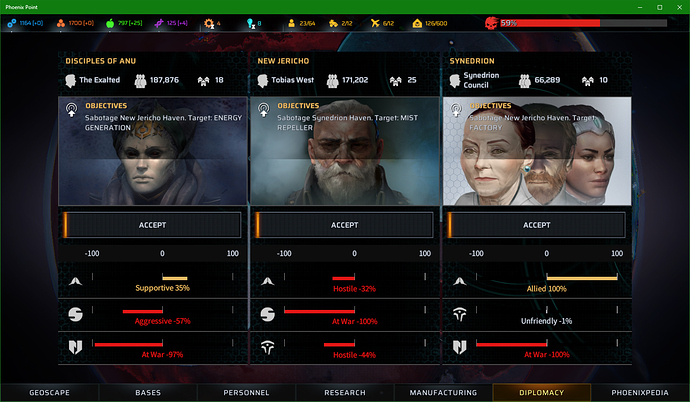 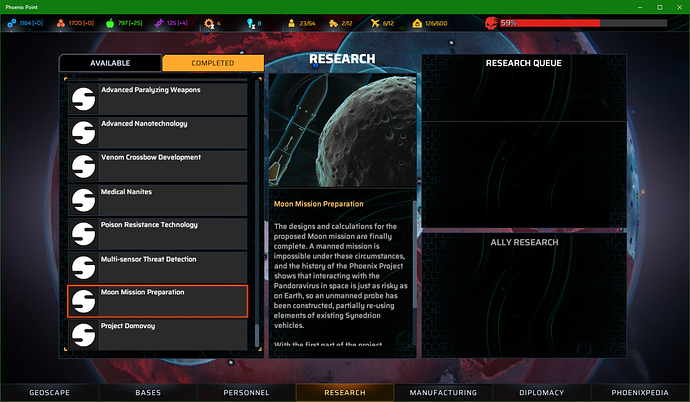 everything you did looks solid, and the site is completed. really annoying if it then doesn’t trigger.

if canceling the research worked for @mcarver2000 and mr Odd, I take it I was wrong about the lockoff trigger being at the start of the research…it would be an odd thing to patch in somewhere.

the only other thing I can think of is saving and then running a few days just to see if it triggers. but in my experience the request for aid happened pretty quickly after the structure was completed.

I have seen something similar in a previous play through. I was told that the mission to extract the Exalted was activated, but it never showed up on the Objectives, Diplomacy, or the Geoscape. Without it, I couldn’t progress with Anu (like I had planned). I was shoe-horned into the Virophage Injector ending (which I would never have selected otherwise).

It could be a bug. Does the log show that the Moonbase was actually completed? It’s worth submitting an F12 bug report, just in case. 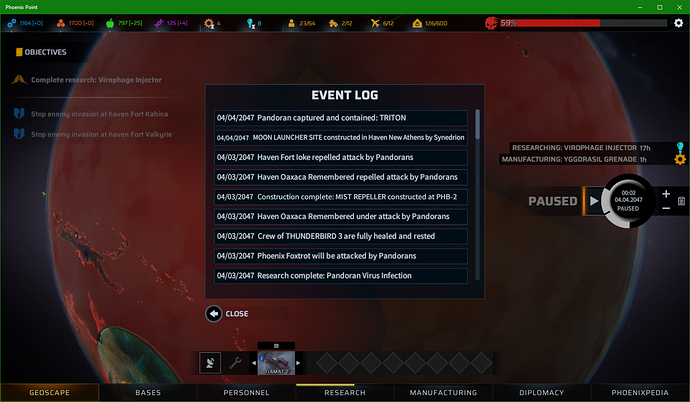 Ok will submit a bug report - thanks for clarifying. Just wanted to make sure I didn’t miss anything before I mark it off as a bug

thanks again guys - have a good one