Something is wrong with Synedrion Nano-Tech

I wonder if I don’t fully understand the mechanics of Synedrion nanotechnology or if it’s a bug. 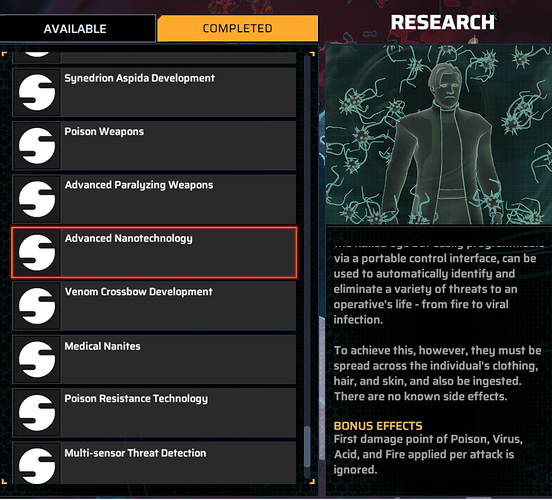 This question has been on my mind for some time. After the Danforth update, I played a few missions to try out the new features. I noticed that, for example, my allies Synedrion soldiers received absolutely no damage from pandas’ poison (I reported this with F12 as a bug). I myself shot a Synedrion soldier with the Priest Sniper Rifle (10 viruses per bullet) without effect. I had this experience about 3 weeks ago, but have not seen any fixes on patch notes …

So is it now a bug or some kind of invulnerability to damage over time?

I reported with videos in Discord, too

Devs are aware of “Nanotech” problem