I realized that you have added special animation to the queen. After first shot hitting her, no matter where, she hides her head and thorax behind pincers. And this animation also has consequences. Not only shows queen reactiion to fire. It changes hitboxes placement and also makes head and thorax more difficult to kill from queen’s front side.

I have wondered few times why my bursts do so little damage to pincers. While setting aiming circle it was clear that all shots should hit that pincer, but when the animation jumps in pincers are no longer in cone of fire.

Also Armadillo shooting at her thorax couldn’t get through those pincers for few rounds and I have wondered why her thorax which had 2 armour (at that moment) took so little damage.

I must say this is quite nice feature.

Did you maybe wondered if our soldiers could have some evasion / duck / deploy shield animation working automatticaly with some passive skill while enemy will be shooting that soldier? Maybe evasion could be for Infiltrator class, duck for sniper, and deploy shield for heavy?

Okay, now THIS looks perfect .) Really hope such quality animations will be applied to every moving object in the game -)

Did you maybe wondered if our soldiers could have some evasion / duck / deploy shield animation working automatticaly with some passive skill while enemy will be shooting that soldier? Maybe evasion could be for Infiltrator class, duck for sniper, and deploy shield for heavy?

No thanks, it slows down game significantly.

If it gets to game, please add “disable” feature in options.

Its nice for learning curve and that is all. Yes, if you try shooting same parts queen will protect them, its to counter “shoot one place” tactics. However, armor pierce weapons and explosives can quite ignore this.

No thanks, it slows down game significantly.

It could happen automatticaly and won’t slow down the game.

While I like the climbing animation, the jumping animation just makes me roll my eyes in disbelief. The only thing I can think of, of that weight scale, that can survive a fall from that height is a Toyota Hilux

it isn’t the animation that makes me roll my eyes, but the fact it can jump at all

fact it can jump at all

she must, given that such actions buckle steel

Despite of realism It is probably element that will build horror in this game - enemies performing actions that seem to be impossible, but we just saw them - like in a nightmare.

Good thing is also that designers plan to put same objects in different angles, shapes and states. On this short video we see this big bus or transport vehicle lying upside down (some call it a building in the comments). So I hope that they will create a lot of variety on the maps.

On one hand, it’s not very realistic, as it would snap under its own weight. On the other hand, in full release we’ll battle city sized monsters, drilling their outer shells to drop poisonous charges. Call me old fashioned, but I know where my loyalty lies in the old realism vs fun debate

Call me old fashioned, but I know where my loyalty lies in the old realism vs fun debate

The square cube law is the number 1 fun killer that you have to ignore if you want anything giant sized to take place in any fictional setting. I don’t even bat an eye at it anymore as long as the rest isn’t irredeemably stupid. 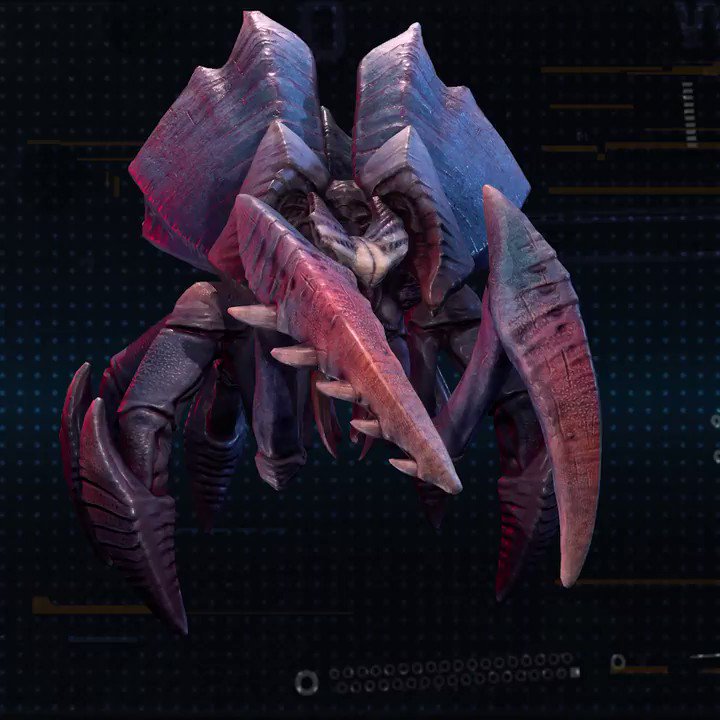 Just when you think you have them beaten! The enemies in Phoenix Point mutate and adapt to your tactics providing you with new challenges to overcome. #phoenixpoint #indiedev #gamedev #mutation https://t.co/CFxm9OCNu0
1 Like
Kings_Rook October 31, 2018, 8:06pm #15

For a very broad definition of ‘new’

Die I miss something important? Where did they show it?

I was just joking. But well, telling the truth there were some screenshots with queen equipped with some guns, launchers etc. And It was a long before first BB.

Still I would say this is new mutation as we didn’t saw it working previously, and old screenshots could be just artwork.

I always assumed the Queen would have some kind of long range artillery. Whixh other way would she get those pesky snipers?

Only question I have: what purpose do the different heads have?