I think the Phoenix Base locations might need to be a little less random or at least have possible improvements to where they are located. In my current game I have 4 bases located within direct travel distance (less than 2500km): 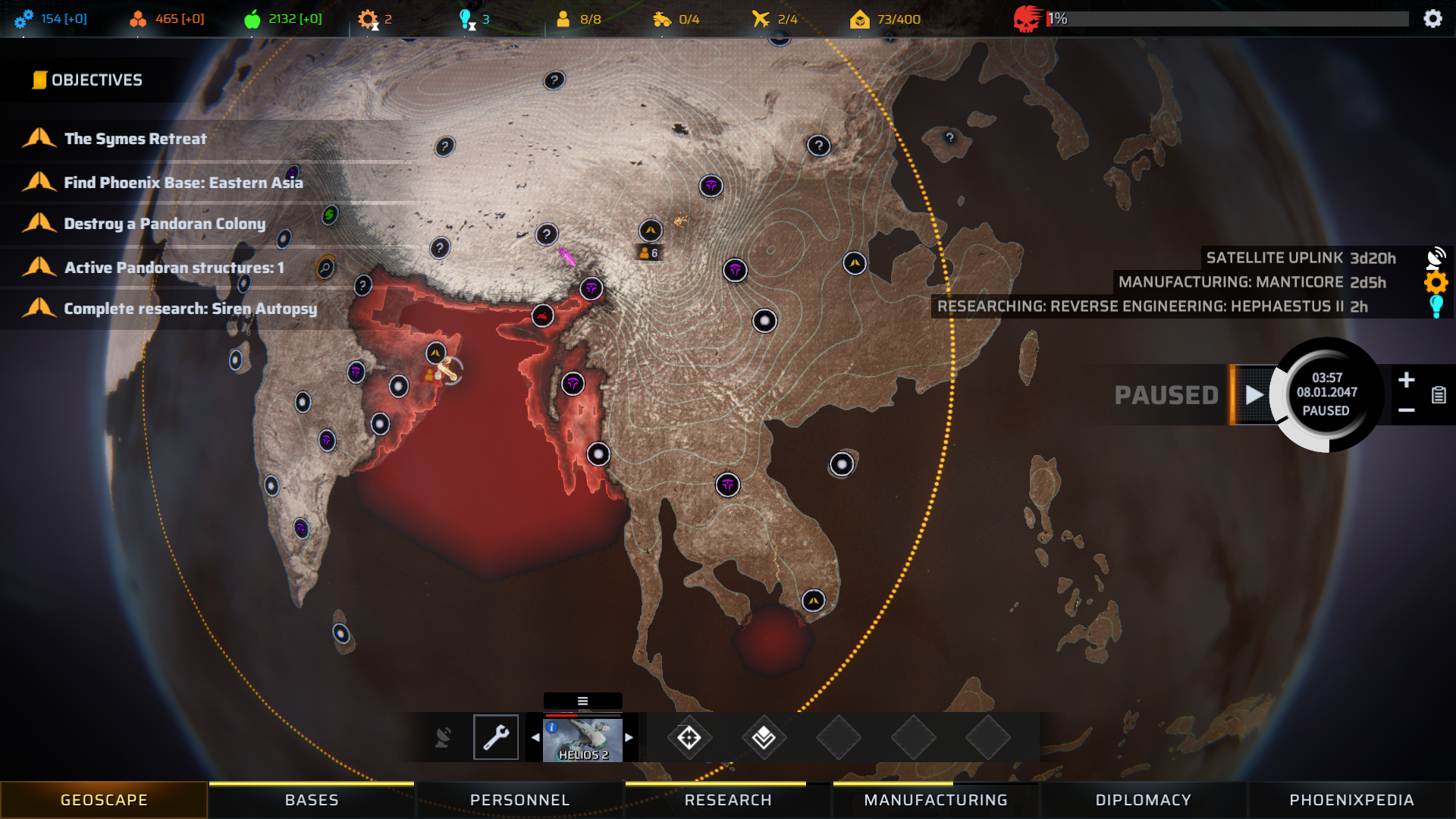 I’m not sure if there are a maximum number of bases created (as there appears to be only room for 8 in the UI) but I haven’t found any bases in the rest of Asia, Europe, or North America yet so the distribution of bases might need work.

I’m not sure whether the spawn locations for havens/bases/exploration are set in advance or checked against the map to see if they are valid but here is my suggestion to spread bases out:

It was an issue in BB5. Either loads in a short distance or nothing at all. In my current playthough it’s a bit more balanced but it looks like there’s still quite a strong random element and not constrained quite enough.

It is the same for Mission spawning, Lair-Pathways and every other RNG stuff… it seems to be PURE RNG without any kind of limitation or logic behind it… just “roll the dice”. Pretty lame…

I agree. I too had alot of bases near the beginning area but none on the other side of the world.

It made trying to stop attacks over there nearly impossible just because the rng of not having a base nearby.
Even though i was furiously exploring over there with two ships at once, skipping missions solely to find bases and finding NOTHING.

Agreed, I think there should probably be one for every continent, and perhaps 2 in your starting region! So you can get that first oh so crucial base. I also wish that your starting bases layout wasn’t chosen for you, instead it’d be great to be like ogXcom and you get to do your starting layout at the start of the game with a few pre selected buildings to lay down.