How could this patch happen?

Fine, not a big deal, now two sniperists have to RB to kill that scylla

Fine, never had a problem with sirens anyhow

Now completely useless. Even before patch the game was unclear wether your sniper had the bonus or not, it was strange behaviour.

Bad change. Keep in mind that you sometimes really need to disarm those machinegunsniperarthrons with their thin arms. Every accuracy nerf will hurt players. Also it was a way to make that terrible assault rifle accuracy bearable if you really wanted to use ARs.

Ugh, now we have an argument. This ability alone made every other soldier and weapons, even AR, other than snipers viable because you had at least 2 shots after your movement. In this game, if the enemy gets a shot at your str14 soldier you’ll loose him probably instantly so getting in close-mid range is very risky which means that you HAVE to kill your targets here.

Honestly plz revert this AP-change, keep the rest, and make dash based on a cd with 2 usages per turn.

Ok with it. With high WP priests it was ridiciulous simply panicking all enemys left standing at the end of your turn, cleaning them up nxt.

Don’t care, never found the need to use it, it felt bad, too, shooting your own soldier to get bonus dmg

This i can’t get into my head, too. Instead of asking themselves „why are these overused“ they simply nerfed them.

If a thing is used by „too many player’s“ it’s a) exploited or b) NEEDED.

„Not on par with the same techlevel“. What BS is this. There really is no such „tech-level“ in PP. Tech-level would mean an improvement to every aspect, like energy/plasma-weapons in xcom2

There is no equivalent tech to AP-weapons since they really are the only upgrades in the game.

Revert this ASAP. ARs especially are bad already and surely don’t need a nerf, instead you should have increased their accuracy. I only use them because i like the look of them.

Mortar chirons simply have to go with this patch. They are terrible monster design and plainly unfair to the player on some maps if you get unclucky. The have to go or at least have their alarm-range decreased and their ability to shoot every turn.

Mind you it is ok fort he PLAYERS to have powerful soldiers and mortars for the 20+ enemies but if you have only 4-8 soldiers on the player side it is BAD, so BAD i can’t even find words for this

I will not play this game any further if i have to play lairs regularly. Stop it. It is FUN to cheese them because if you know how long, unfun, terrible it is if you play it normal the more fun it is cheesing them. Thank god my 100% infiltrator with CQC will still kill it in one turn once he arrives there.

The only and foremost goal in all of my playthroughs is and will be to get lairs done as fast as possible because they are the worst gameplay experience in the whole game. Under no cirumstances i want to play an absolute standard-mission for 60 minutes or more. NEVER EVER. I really are concernd for my motivation to play.

PP was a hell of fun the last weeks, i have a fun-playthrough on rookie where i have every class-combination available and experimenting with soldier traits/class combinations (Hello heavy/infiltrator with sniperist,pdw and reckless or zerker/assault with reckless,CQC and quarterback or simply assault/priest)

It is a HELL OF FUN to build powerful soldiers and PP gives you a HUGE variety thanks tot he random traits but it is disheartening at least when you nerf them. Keep in mind that most of the OP combinations need at least one level 7 ability so it’s endgame anyway.

The more as you NEED some powerful toons in the current state oft he game. You really have to either a) document game-difficulty changes or b) adjust the difficulty really by a large range concerning number of enemies and their power (exp. that stupid MG and sniper-tritons).

With randomized maps and enemies you will often end up with the objectives spawning near the enemies (hello civilians!) and you on the other side. If you don’t get to them fast those maps are auto-losses which ist he second worst game design possible.

Even before patch Archeron armor was in nearly all circumstances the best armor (except mutations and heavy-chest for those thors). There is NO variety in armor and there is NO tech-level for armors just simply faction armor.

There is a BIG opportunity for you devs to give soldiers power back over armor upgrades, which i really would like to see.

Honestly plz revert this AP-change, keep the rest, and make dash based on a cd with 2 usages per turn.

It would be still too OP. Hero difficulty. 1 assault running, single turn. You could check AP on screenshots. Pre-patch it was genocide with right build. Now it’s still 2-4 enemies dead per turn per lvl 7 assault. Your suggestion would take it to 4-6 range. 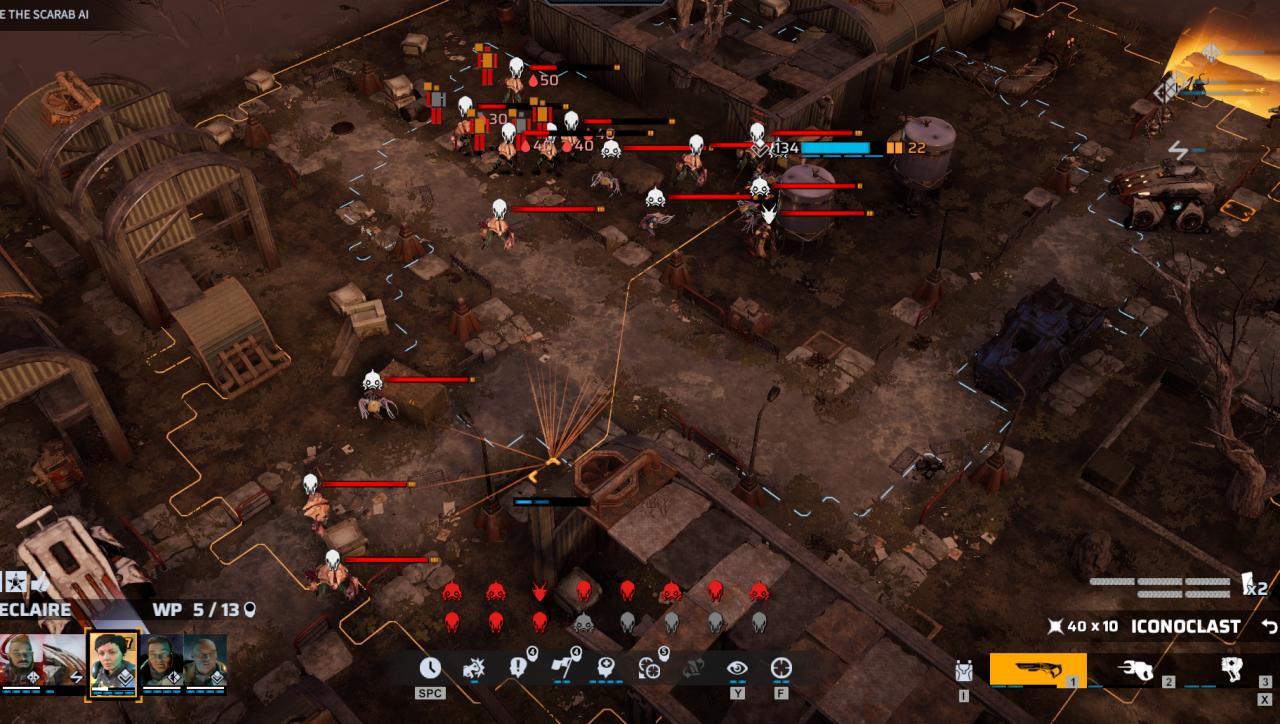 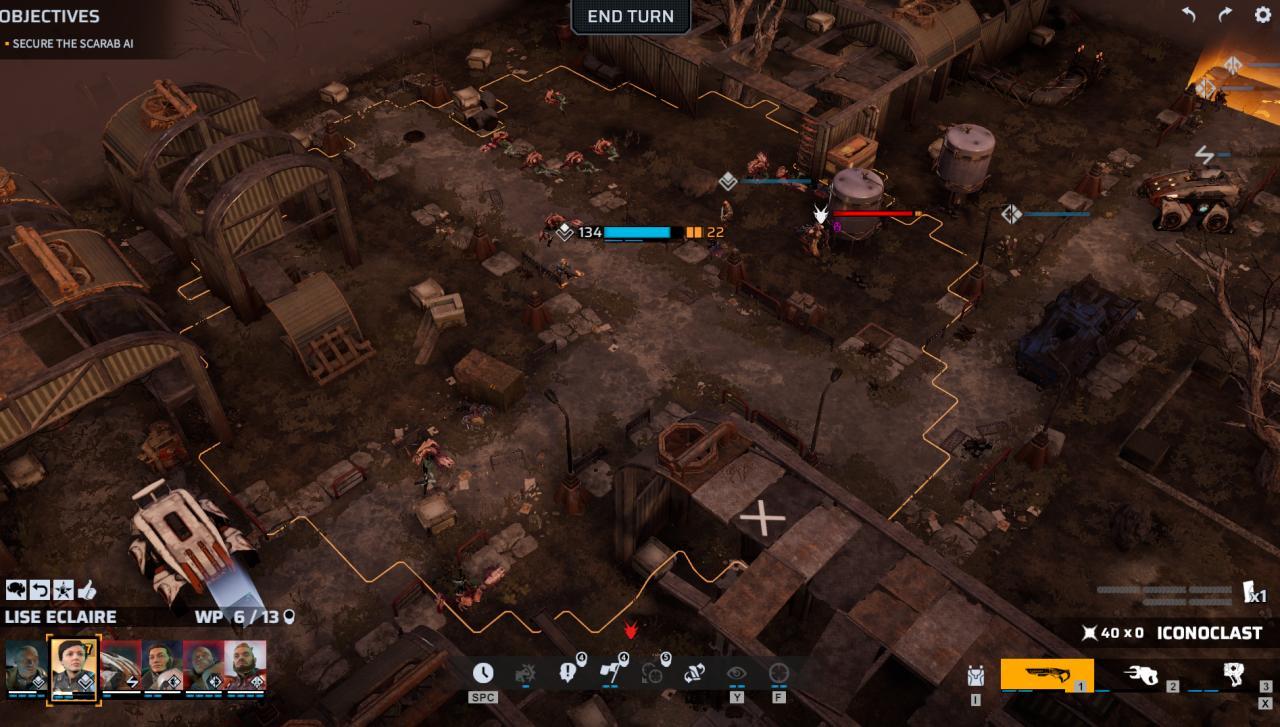 you can still wipe all of them with Assault/Sniper combo… quick aim/ rapid clearance and shotgun… and you kill every single one of them and end up with 4AP… so no, Dash 0AP requirement was definitely not a problem… problem was that you could use it multiple times and get from one corner of the map to another in single turn…

I did that exact mission post patch with my level 7 assault/sniper… it took 2 such soldiers to wipe out entire map, then access the armadillo and end the mission while still in first turn…

so you are only limited by Will

Not quite limited in that case, because you could still trade excessive AP for more will making shot for 2AP, and spending partial AP for movement.
But it’s still a cross-class synergy and needs more investment than getting genocide machine straight away from a single class with any damage-adding perk.

problem was that you could use it multiple times and get from one corner of the map to another in single turn…
did that exact mission post patch with my level 7 assault/sniper… it took 2 such soldiers to wipe out entire map, then access the armadillo and end the mission while still in first turn…

And where is the problem with dash in there? It’s pretty much acheivable withiout it. Just too easy with it.

Dash has no link with such exploit, it is minor, accuse Rapid Clearance and Adrenalin Rush is hugely more powerful than Dash for such exploit.

That said, ok, perhaps kills need diminishing WP gain along a turn, once again it’s Rapid Clearance Nerf not dash, all that is non sense and I still need see the exploits dash based that the dev targeted.